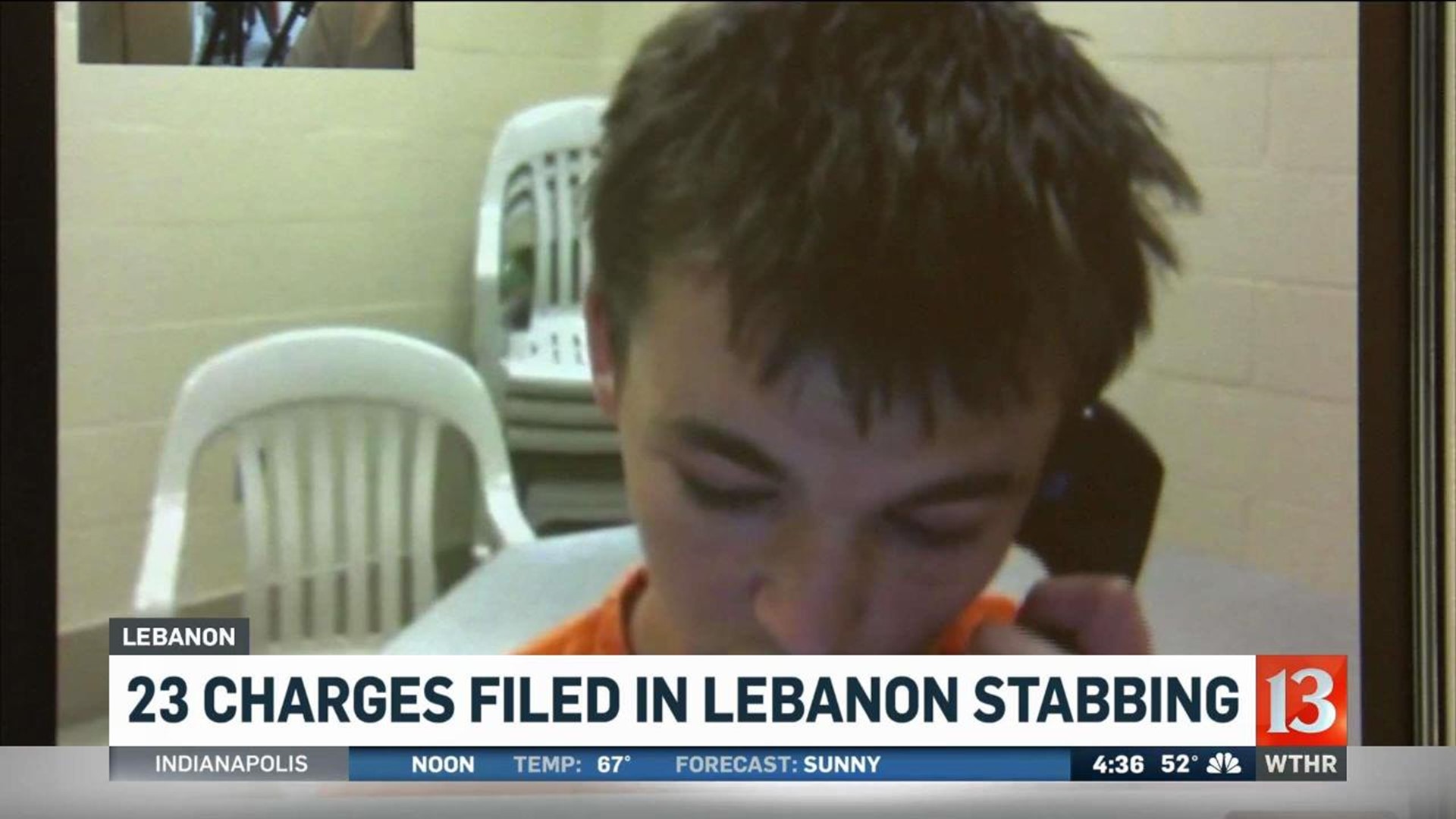 LEBANON, Ind. (WTHR) - A 19-year-old man faces nearly two dozen charges connected to the recent stabbing in Lebanon, and he may face the death penalty if convicted.

Trial is scheduled to start March 5 of next year. For now, he's being held without bond.

The charges against Wright stem from the stabbing death of 73-year-old Max Foster. Wright also allegedly stabbed and attempted to rape Foster's 68-year-old wife, Sonja. He has also been charged with arson in the attack on Sonja Foster.

"As she tried to flee for her own safety, he was able to apprehend her in the neighbor's yard and attempted to light her on fire," Meyer said.

Police say physical evidence allegedly connects the suspect to the bloody assault at the Foster's home.

During a search of Wright's room, they found a suspicious pair of jeans, "covered in red stains, presumptively tested positive by the lab for blood and within those stained areas, the lab was able to identify the DNA of Sonja Foster and Max Foster."

The charges contradict the picture Wright try to paint of himself during a jailhouse interview one week ago, the day after the murder. He said he is not a violent person.

The victims' family also released a statement, thanking the community and police and prosecutors for all their work.

"On June 18, 2017, our family and the entire city of Lebanon was rocked by the news of a home invasion and the vicious attack on Max and Sonja Foster. As a result of one man's senseless actions, Max Foster was taken from us early on Father's Day morning. Sonja Foster was left scarred and without her life partner of almost 50 years. Within hours of the crime, a multi-agency effort resulted in the arrest of Zachariah Wright. A diligent and comprehensive investigation ensued, and we were kept in the loop every step of the way. We are so thankful for the relentless efforts of Detective Tony Bells, Amy Dickerson and Jeff Nelson, along with all law enforcement who assisted and brought us to this point. Also, we would like to thank Prosecutor Todd Meyer and his office for their diligence and the comfort they provided to us throughout the week. We take much solace knowing the right person is behind bars and will suffer consequences of his actions. We would also like to thank the entire Lebanon community for the tremendous love and support during this extremely difficult time. As we move forward, we ask for continued peace in our community, prayers, and we respectfully ask for privacy as we continue to cope with the loss of Max. Respectfully, the Foster family."