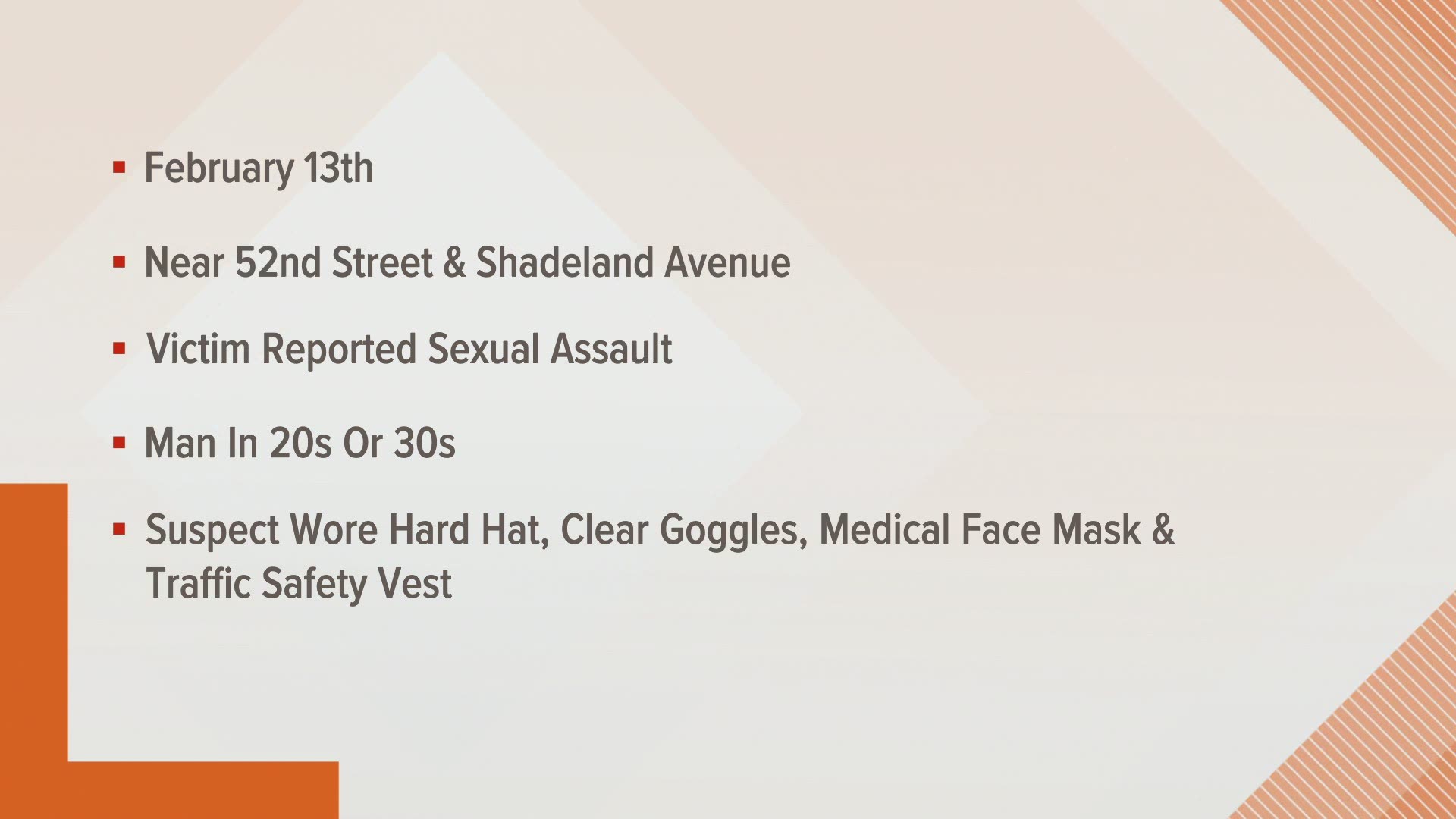 LAWRENCE, Indiana — Lawrence Police detectives are asking for the public's help in finding a suspect in a home invasion and sexual assault that happened Saturday, Feb. 13.

The incident happened at a home near East 52nd Street and North Shadeland Avenue. Police say a man with dark complexion in his late 20s or early 30s pushed the victim into the home when they opened the door and sexually assaulted them.

Now, detectives say the suspect — described as wearing a utility worker-style hard hat, clear goggles, a medical face mask and traffic safety vest — may be approaching homes, saying he needs to check the utilities inside the residence.

Police are asking anyone who has seen someone matching that description to contact the Lawrence Police Department at 317-545-7575 or 311.

Anyone who has specific information about the suspect can also call Crime Stoppers of Central Indiana at 317-262-TIPS.