The man is accused of assaulting, resisting or impeding officers, use of a deadly or dangerous weapon and obstruction of law enforcement during civil disorder. 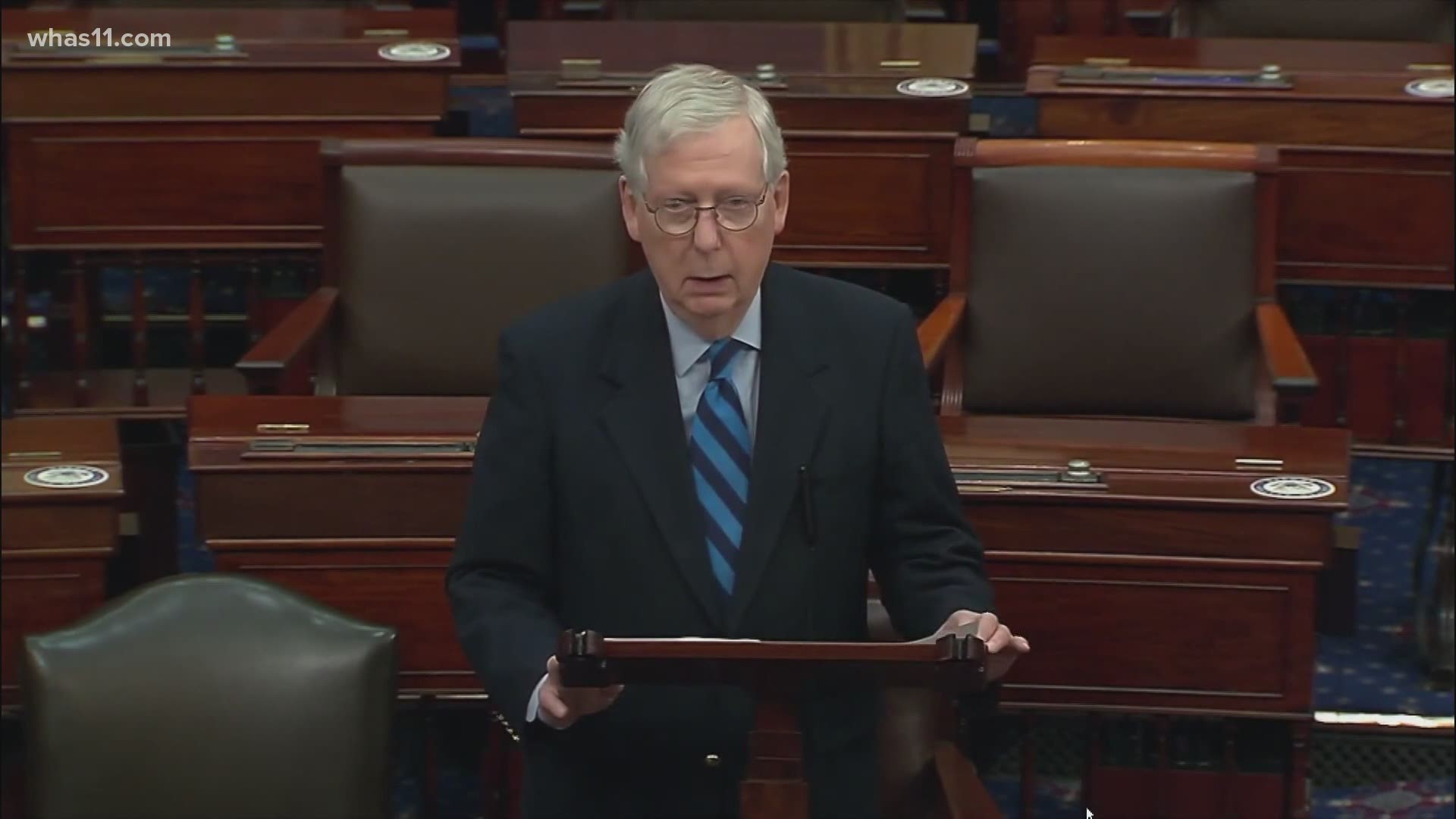 COVINGTON, Ky. — A Kentucky man has been arrested and facing federal charges of assaulting law enforcement officers during the Jan. 6 U.S. Capitol riots.

According to a Department of Justice (DOJ) news release, some of the crimes 20-year-old Nicholas James Brockhoff, of Covington, is accused of assaulting, resisting or impeding officers, use of a deadly or dangerous weapon and obstruction of law enforcement during civil disorder, and some other charges.

According to court documents provided by DOJ, Brockhoff was on the Lower West Terrace of the Capitol where U.S. Capitol Police (USCP) and the Metropolitan Police Department (MPD) were attempting to control the crowd. Agents said Brockhoff stood above officers and sprayed them with a fire extinguisher, obstructing their ability to see. The report said surveillance footage later shows Brockhoff entering the Capitol through a broken window.

MPD body camera (BWC) footage appears to show Brockhoff in possession of a stolen MPD helmet, the DOJ release states. Brockhoff allegedly told the officer he found the helmet on the ground. In another verbal exchange, officers allege Brockhoff told them his name and confirmed he received minor injuries from broken glass.

Brockhoff is one of several Kentucky people now facing charges in the January 6 US Capitol riot.