K-9 Harlej remembered for his heart

Police departments and people from around the state shared their sympothy and support. 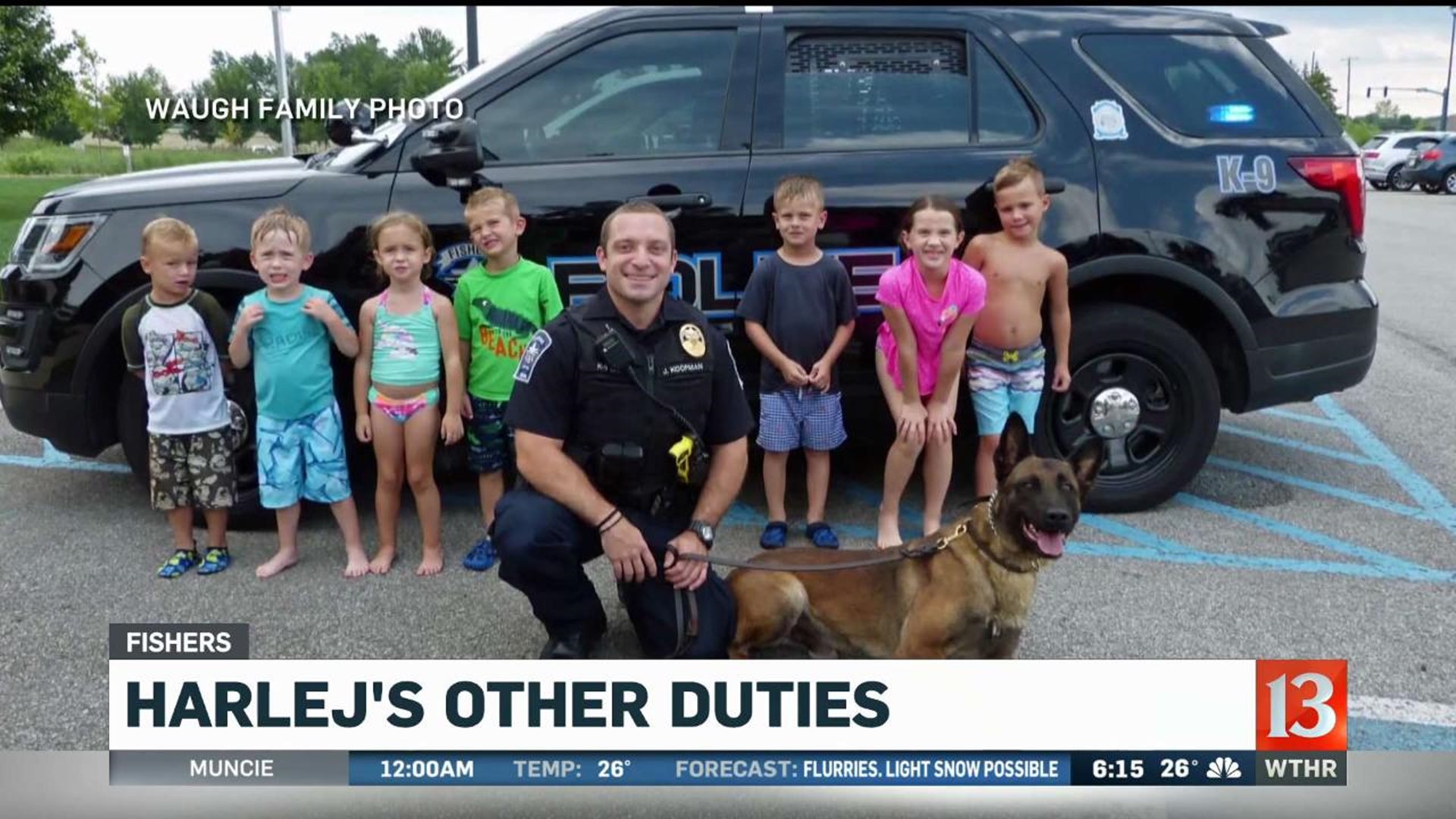 FISHERS, Ind. (WTHR) — On Wednesday, Fishers Police K-9 Harlej was shot and killed in the line of duty.

Police departments and people from around the state shared their sympathy and support.

Memorial for #Harlej in the lobby of the @Fishers_Police Dept. You can drop off donations here or online. We were here as a man stopped by around 4:30 this morning and dropped off $50. @WTHRcom @Grabes10
https://t.co/Uy1V0LgOTR pic.twitter.com/ofaVjtWlbe

For one family, the loss was personal.

Noah loves anything to do with police. (Brad Waugh)

Last August, Noah was celebrating his 4th birthday. He loves all things police including the cars, sirens and K-9s, so Officer Jarred Koopman and K-9 Harlej went to surprise Noah.

"He was off duty, and all Noah's friends were surprised there was a cop there and a police dog. Got to pet him and sit in the police car," Said Brad Waugh, Noah's father.

As you might expect, the visit was a hit and Harlej was the highlight of the party.

So on Wednesday, Waugh was left to break the news to his little boy.

"I told Noah about Harlej passing away. He just started crying. He was like, 'why?' It's really hard to have to tell your son that. Especially a 4-year-old son," Waugh said. "He does understand he is in doggie heaven," Waugh shared.

He also knew Harlej was the sort of dog to give his life protecting an officer.

"He protected Jarred. It could have been the other way around. Harlej gave his life for Jarred," Waugh said.

Two people have been arrested in the chase that ended with Harlej's death. Richard D. Garrett Jr. and Rashaana L. Farrow, both 19 of Indianapolis, are facing a series of preliminary charges. Garrett's charges include felony counts of striking a law enforcement animal.

You can help out by making a donation to the Fishers Police Foundation.