Johnson County prosecutor Bradley Cooper has resigned from his position and agreed to a plea deal of 18 months probation following a domestic violence incident. 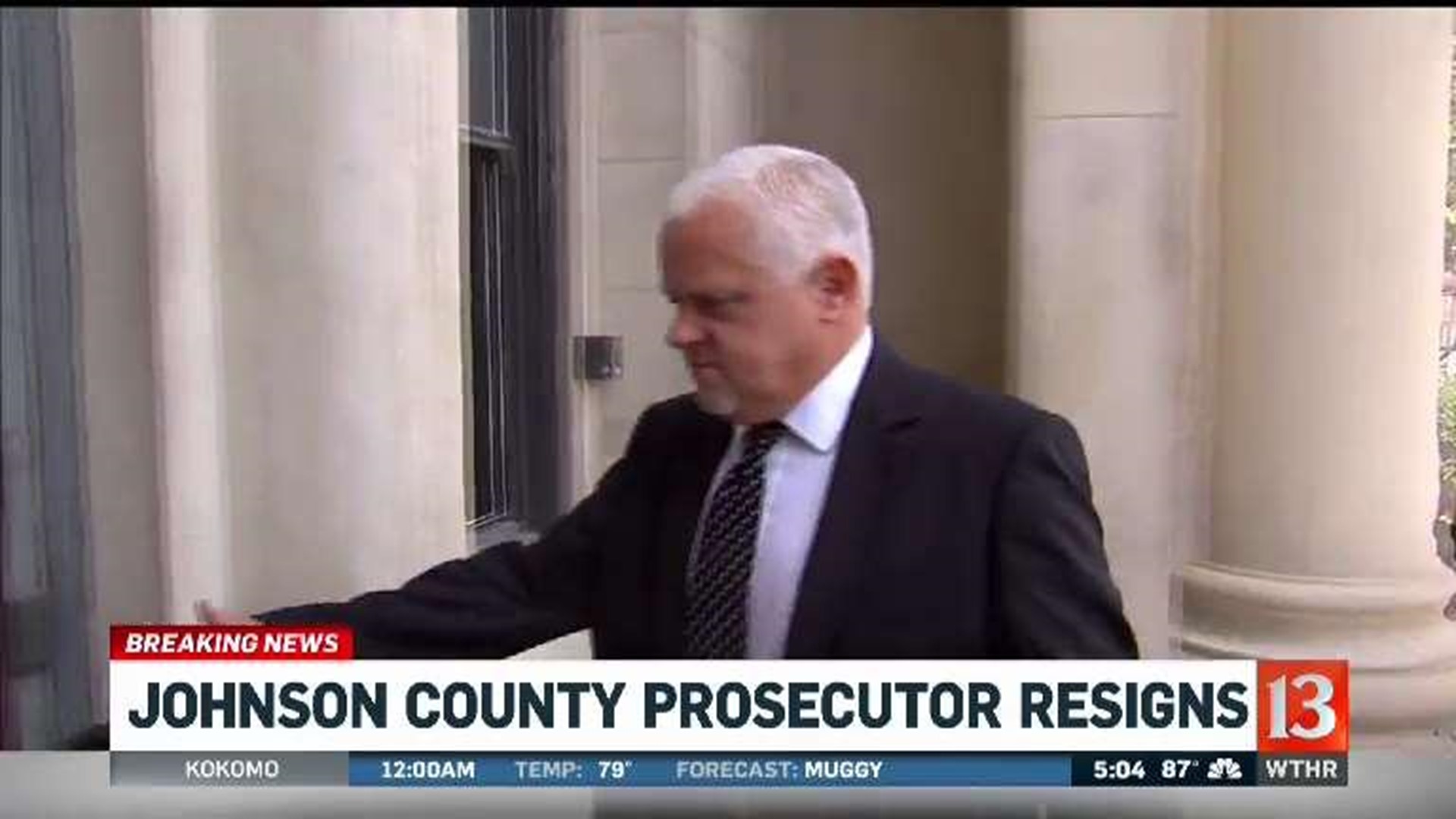 During a court hearing, Cooper pled guilty to three felony counts including criminal confinement, identity deception and official misconduct. He also pled guilty to a misdemeanor charge of domestic battery.

In the courtroom, Cooper apologized to the victim and told her that he took full responsibility.

Johnson county prosecutor Bradley Cooper is expect in court to plead guilty to domestic abuse charges. A plea agreement calls for 18 months of probation and his resignation @WTHRcom pic.twitter.com/fYh6mJyK1k

Cooper is on probation for 18 months. He had to resign from his elected office and may lose his license to practice law in Indiana.

Cooper said nothing to reporters as he hurried into the Hancock County Courthouse. He made a short statement in during the hearing.

"I would like to apologize to all the people I let down," Cooper told the judge. "I am deeply sorry for what's occurred. I take full responsibility."

His victim sat about 20 feet away in the front row.

The attack occurred in early March in his rural Johnson County home. Cooper's victim, his girlfriend, fled to a neighbor's house, pleading for help. She had a black eye, bruises and scratches.

At first, Bradley claimed he was the victim.

"She was the initial aggressor in my home. She attacked me. She was enraged," he told Eyewitness News in March.

Under the terms of the plea agreement, Cooper admitted his statements were untrue.

Cooper's convictions will be reported to the Supreme Court Disciplinary Commission. They will decide whether to suspend Cooper's license to practice law.

In court, Special Judge Dan Marshall scolded Cooper, saying his actions undermine the public's trust in the judicial system, a system that holds itself to a higher standard.