"Operation United Front" targeted 34 people in an attempt to get drugs off the street. 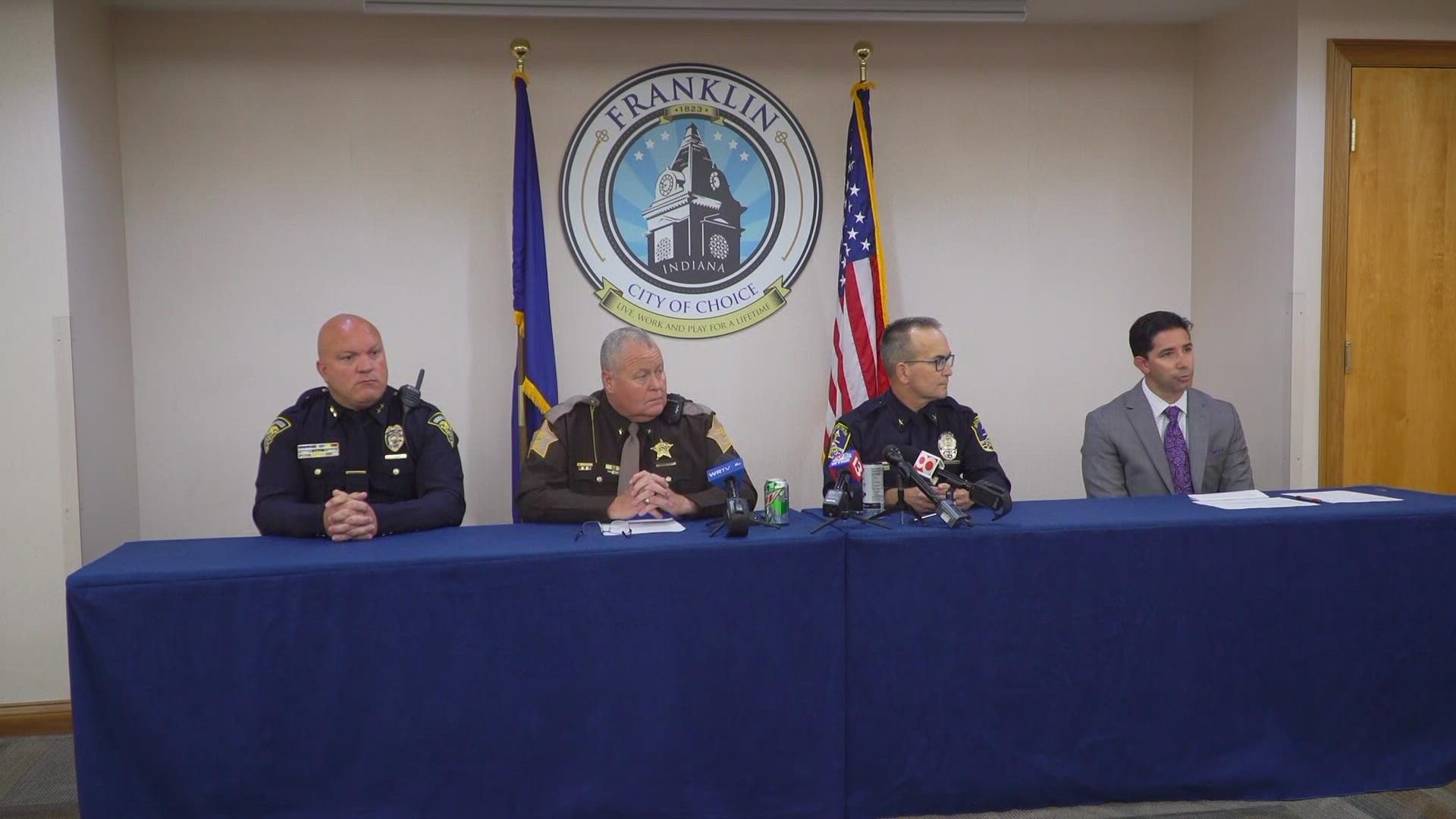 JOHNSON COUNTY, Indiana — More than 30 people who police say have been dealing drugs across Johnson County were targeted in a massive raid, announced by law enforcement agencies Wednesday.

Prosecutor Joe Villanueva said the operation had sights on 34 people. On Wednesday morning, 25 of the 34 individuals were in custody after a sweep. Police will keep targeting areas they call a "hotbed" for drugs, searching for the nine remaining suspects.

They individuals custody range in age from 24 to 60, and included two mother-daughter combos. The suspects came from all over central Indiana.

Franklin Police Department Chief Kirby Cochran noted the importance of getting the drugs off the street, especially in Franklin. He said in the last three months alone, police have responded to 38 overdose calls, and eight of those resulted in deaths.

"The most important thing I want to get across is even though we're out here enforcing the law, we've got people out here dying folks. This is serious business. There are people in our community selling dope to our kids. They're destroying neighborhoods — destroying homes," Cochran said.

Villanueva said Operation United Front had been in the works for "a while," but COVID delayed it.