If you've received a call from someone claiming to be with the IRS and demanding payment, you're among thousands of people across the country targeted by a scam. But lately there's been a huge drop off in the number of those calls. 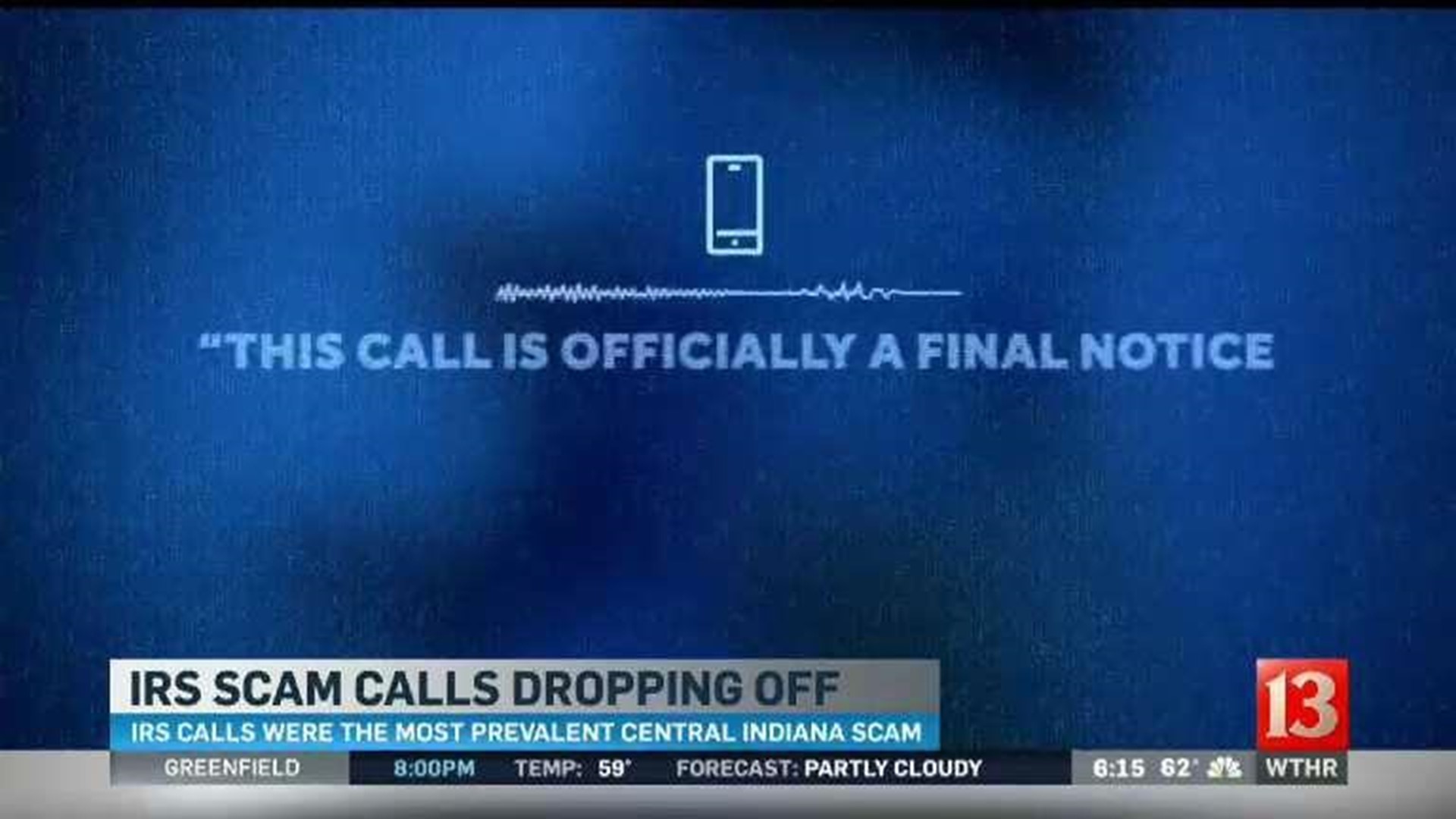 INDIANAPOLIS (WTHR) - If you've received a call from someone claiming to be with the IRS and demanding payment, you're among thousands of people across the country targeted by a scam. But lately there's been a huge drop off in the number of those calls.

"I think it's had a very significant effect because we are just not seeing the number of calls coming in from consumers saying, 'Hey, I just got a call from the IRS'."

The BBB keeps track of tens of thousands of scams across the country.

"Well, it was clearly the most prevalent scam that we were getting reported here," Maniscalo said.

Maybe you've received the scam call with a recorded message saying, "This call is officially a final notice from IRS, Internal Revenue Service. The reason of this call is to inform you that IRS is filing lawsuit against you."

"In that moment, it's pretty scary," she said.

The Justice Department says the scheme victimized 15,000 people, taking in more than $300 million.

The scam had picked up such steam that one out of every four calls coming into the Better Business Bureau had to do with the IRS tax scam. But in the last two weeks, those calls have dropped off by 95-percent.

"Well there was a major raid in Mumbai, India on a call center," Maniscalo explained. "There were over 700 people that were in this call center, and it appears that was the epicenter of where all of the calls were coming from in this IRS scam."

Police arrested 70 people on fraud and other criminal charges, putting a massive dent in the operation, but the BBB warns phone scam artists are still out there.

"So if you do get one of these calls, ignore it, hang up the phone; don't engage these people," Maniscalo recommends.

The bottom line is the IRS will not contact you by phone. They will do it by letter and the information will be well documented.

The BBB says other phone scams will seek your personal information, so never give out your credit card number to a stranger.