It included the arrest of 22 people, seizure of 40 firearms, $155,000 in currency, three vehicles and quantities of heroin, fentanyl, methamphetamine, cocaine and marijuana. 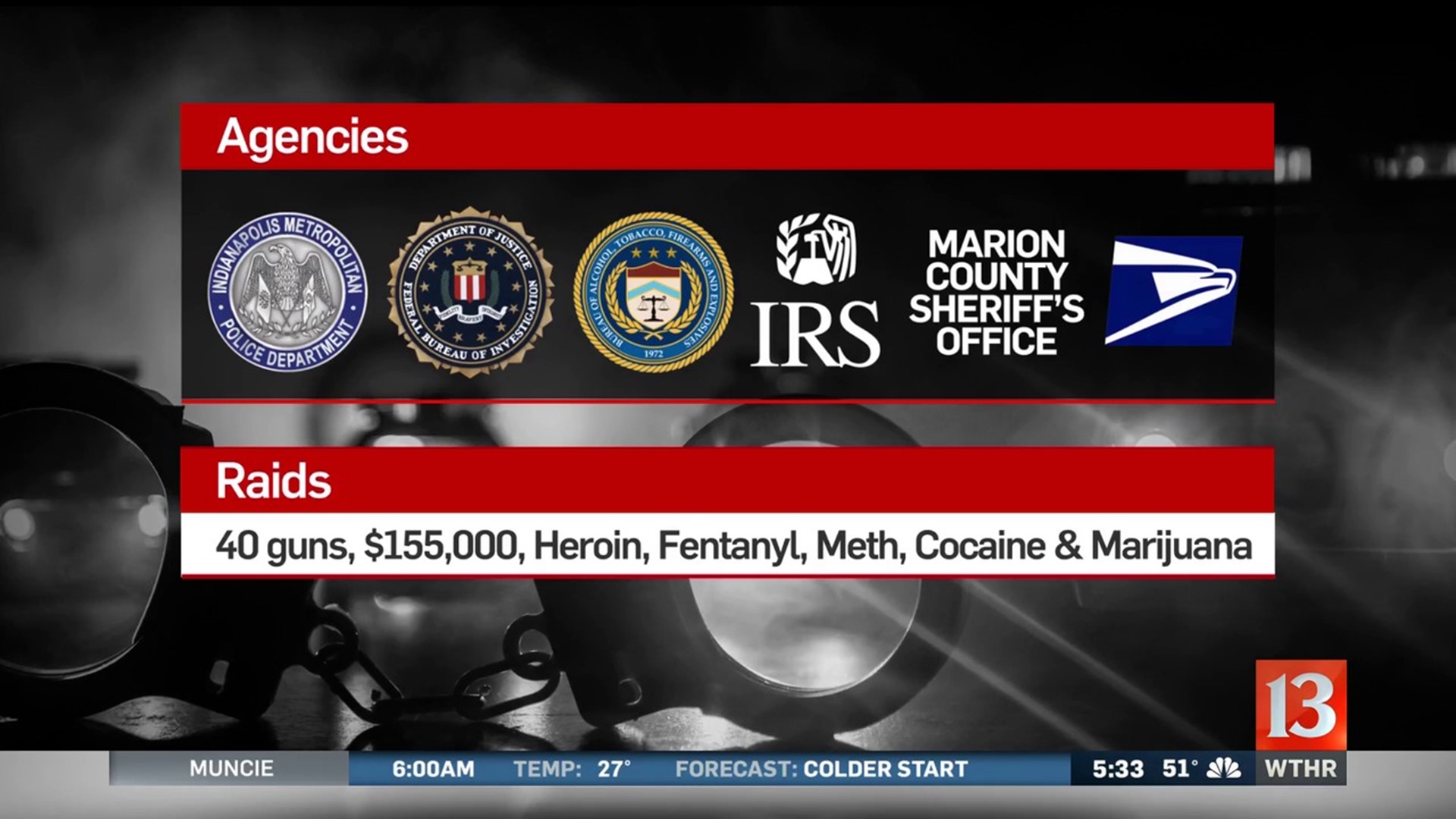 INDIANAPOLIS (WTHR) — A taskforce of agents from the FBI, Indiana State Police and other federal and local law enforcement launched a raid on a drug organization operating in the Haughville area of Indianapolis.

The results of the Wednesday raid were released by the United States Attorney on Thursday.

It included the arrest of 22 people, seizure of 40 firearms, $155,000 in currency, three vehicles and quantities of heroin, fentanyl, methamphetamine, cocaine and marijuana.

Twenty-four people will ultimately be charged in the raids, including:

Police are still searching for:

Jshaun Trice and Terrence Stum directed the trafficking of methamphetamine, heroin and cocaine in Indianapolis, according to the indictment.

"These arrests disrupted a violent drug trafficking ring and sent a clear message – if you are involved in illegal drug activity and violent crime in our city you will wake up one morning with law enforcement at your door. This case is at the heart of our collective mission to rid our communities of violent drug offenders and the destruction their activities create,” said Grant Mendenhall, special agent in charge of the FBI’s Indianapolis Division.

United States Attorney Josh J. Minkler said his department will continue going after and targeting these types of operations.