Investigators said Esther Stephen, 31, enlisted the help of Shelby Hiestand, 18, with the murder of Shea Briar. 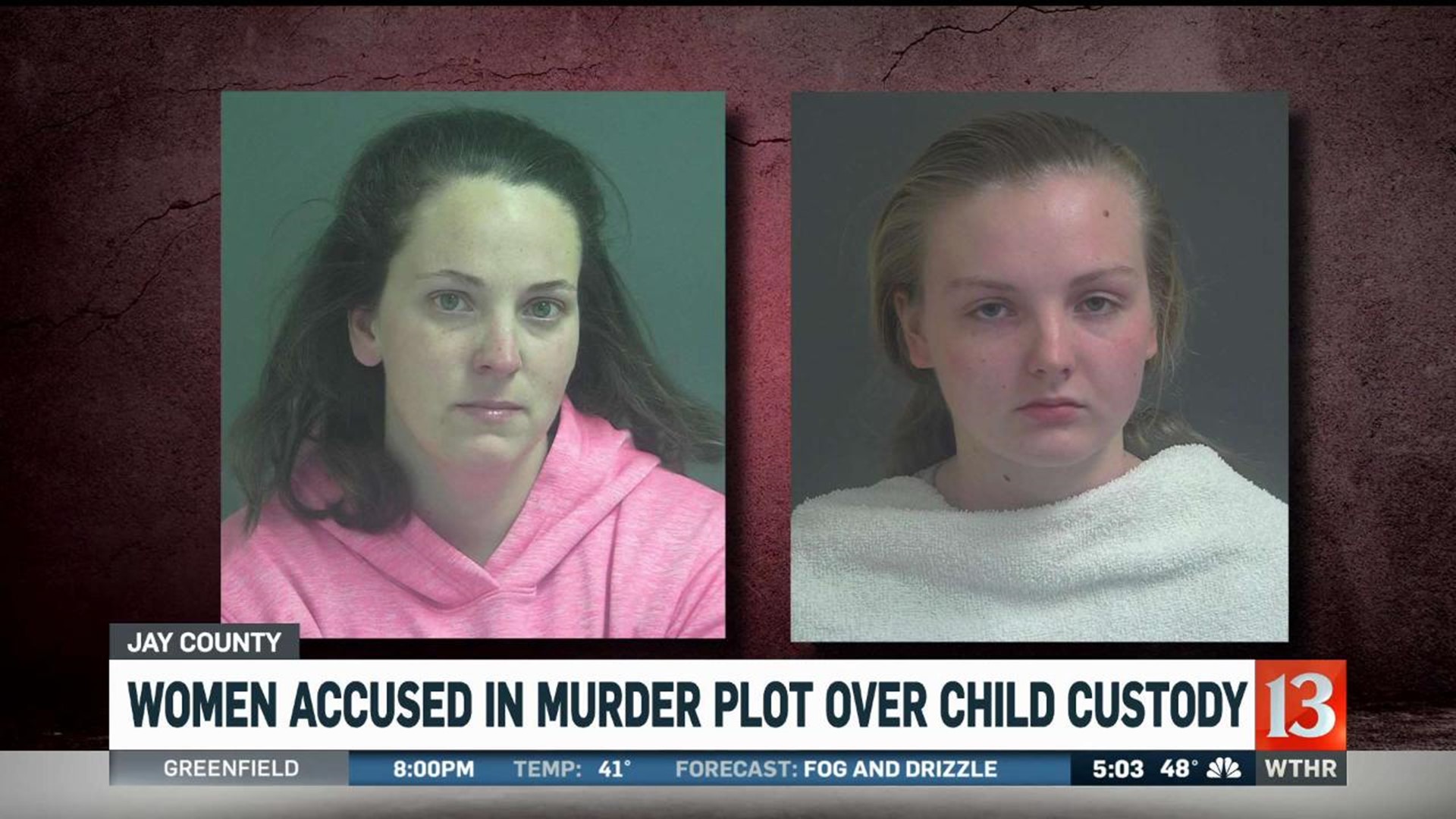 PORTLAND, Ind. (WTHR) — Two women have been charged with murder in a plot to kill a man over child custody.

Investigators said Esther Stephen, 29, enlisted the help of Shelby Hiestand, 18, with the murder of Shea Briar.

Police had been called to County Road 125 W near County Road 850 N in Jay County around 2 a.m. on Jan 12. There they found Briar injured. He was rushed to the hospital but later died.

An autopsy found he had been shot through the back.

When police interviewed Stephen and Hiestand they both allegedly admitted to conspiring to kill Briar.

Stephen and Briar had a child together and he had recently tried to get parenting time with the child. He had also asked to court to change the child's last name to his.

According to court records, Stephen and Hiestand called Briar on Jan. 11 to hang out. They then picked him up at his house and drove him to a bridge on County Road 125 W.

Stephen then distracted Briar while Hiestand got a rifle out of the car and shot Briar in the back.

Stephen is the head softball coach at Fort Recovery High School in Ohio, which is just across the state line, east of Portland, Indiana. Hiestand is an assistant coach with the team. The school announced Tuesday that both women have been placed on administrative leave, pending the legal investigation.

The women have been instructed to stay off of school property and not contact or communicate with students enrolled in the school district.