The Marion County Prosecutor will give an update at 1 p.m. on Friday on the the investigation into the shooting of two judges. 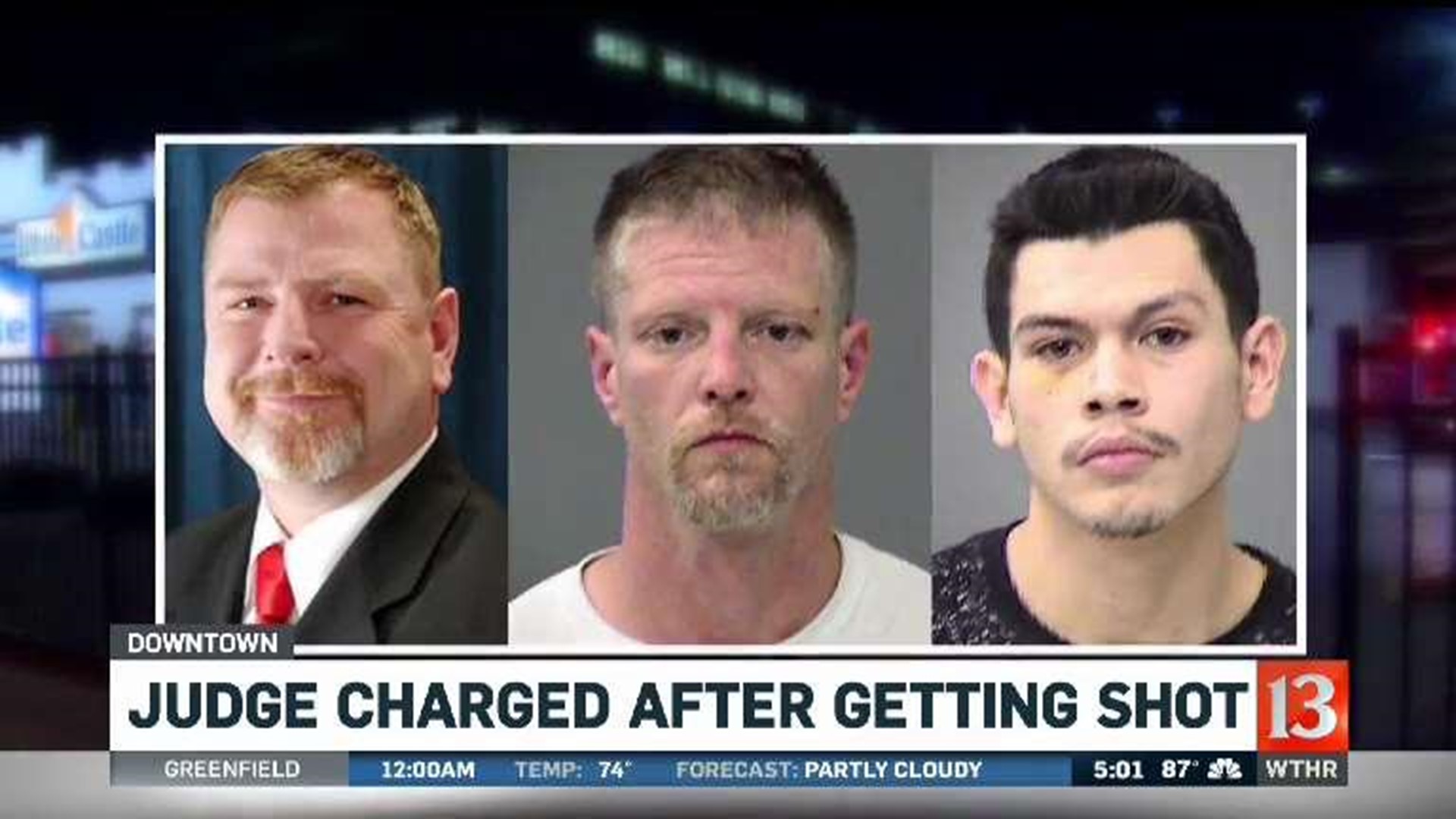 INDIANAPOLIS (WTHR) — One of the southern Indiana judges who was shot in a White Castle parking lot in Indianapolis back in May is being charged in the incident, along with the two original suspects.

Clark County Judge Andrew Adams will be charged for his role in the fight that led to the shooting. Eyewitness News has learned he will face six battery charges and a charge of disorderly conduct.

The suspect accused of shooting Judge Bradley Jacobs is Brandon Kaiser. He faces 12 battery charges, having a gun without a license and disorderly conduct.

At the time, police released surveillance video of the judges and suspects prior to the fight and shooting May 1.

Both of the judges - Andrew Adams and Bradley Jacobs - were both shot in the parking lot of the White Castle on the near-south side of downtown.

Investigators say the judges and two others had been visiting several downtown restaurants and bars before the shooting. They tried to get into a bar across the street from the White Castle near Illinois and South streets after 3 a.m. May 1, but it was closed. They then went to the White Castle and were outside when a vehicle pulled up with 23-year-old Alfredo Vazquez and 41-year-old Brandon Kaiser.

There was an argument between the the two groups that escalated into a fight.

Police say that during that fight, Kaiser pulled a gun and shot Judge Adams in the stomach.

Vazquez was struggling with Judge Jacobs when Vazquez says Kaiser walked up and shot Jacobs in the chest.

Jacobs fell to the ground and while Vazquez was still holding him. Vazquez told police Kaiser put the gun to the center of Jacobs' chest and fired again. Kaiser and Vazquez then drove off.

They were arrested days later, but released when the prosecutor said more investigation was needed.