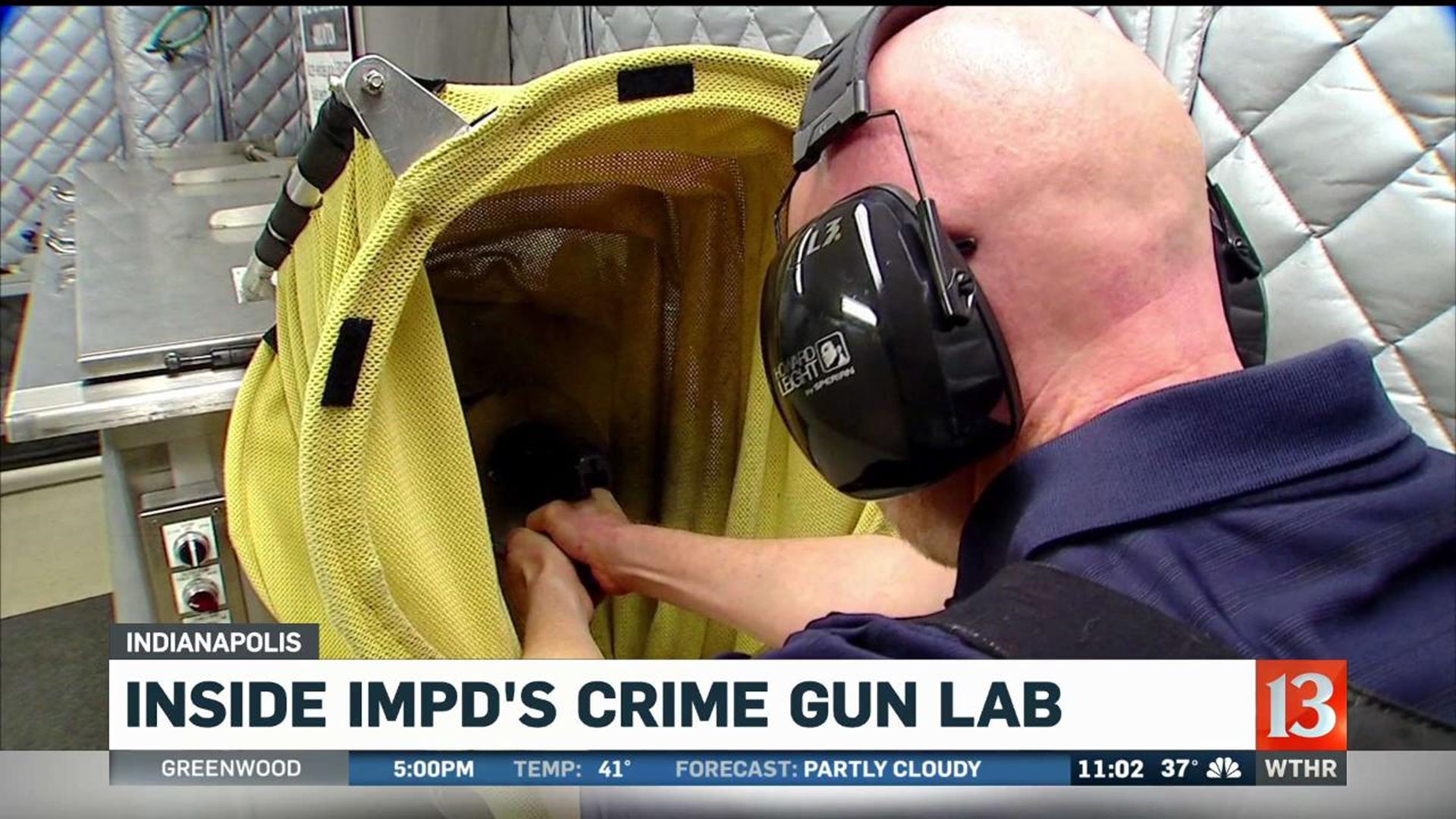 The old process took weeks, if not months, to complete. Now with the upgraded system, results come back in as little as 24-48 hours, allowing officers to solve crimes even faster. ​

"It all starts with how we collect the weapon," said IMPD Assistant Chief Chris Bailey. ​

Bailey said every gun found at a crime scene is processed and collected by a specially trained officer.​

"From that point, it goes to our partners at the Marion County Crime Lab who then test fire every single gun that we come in contact with, whether it's a crime gun or not," said Bailey.​

After a gun is fired in a lab, the officer takes ballistic and forensic evidence from the gun and enters it into a system. That system then returns results suggesting if a gun has been used in at least two incidents.​

"That's what you saw in this case with the three teens that were arrested for their crime spree. They were at it for awhile, but it wasn't until the tragedy in Fishers," said Bailey.​

A tragedy leading to
the shooting death of K-9 Harlej
.​

It was ballistic and forensic evidence at that scene that led police to the three suspects accused of committing more than a dozen violent crimes including two murders.​

Bailey said when the crime gun intelligence center began, some officers walked 2,500 guns from the property room to the lab to be tested. ​

The department is now backlog free and officers are able to focus more attention on solving crimes.​