The suspect, 31-year-old Denny Mattingly, is facing charges for drugs, unlawful possession of a firearm and resisting. 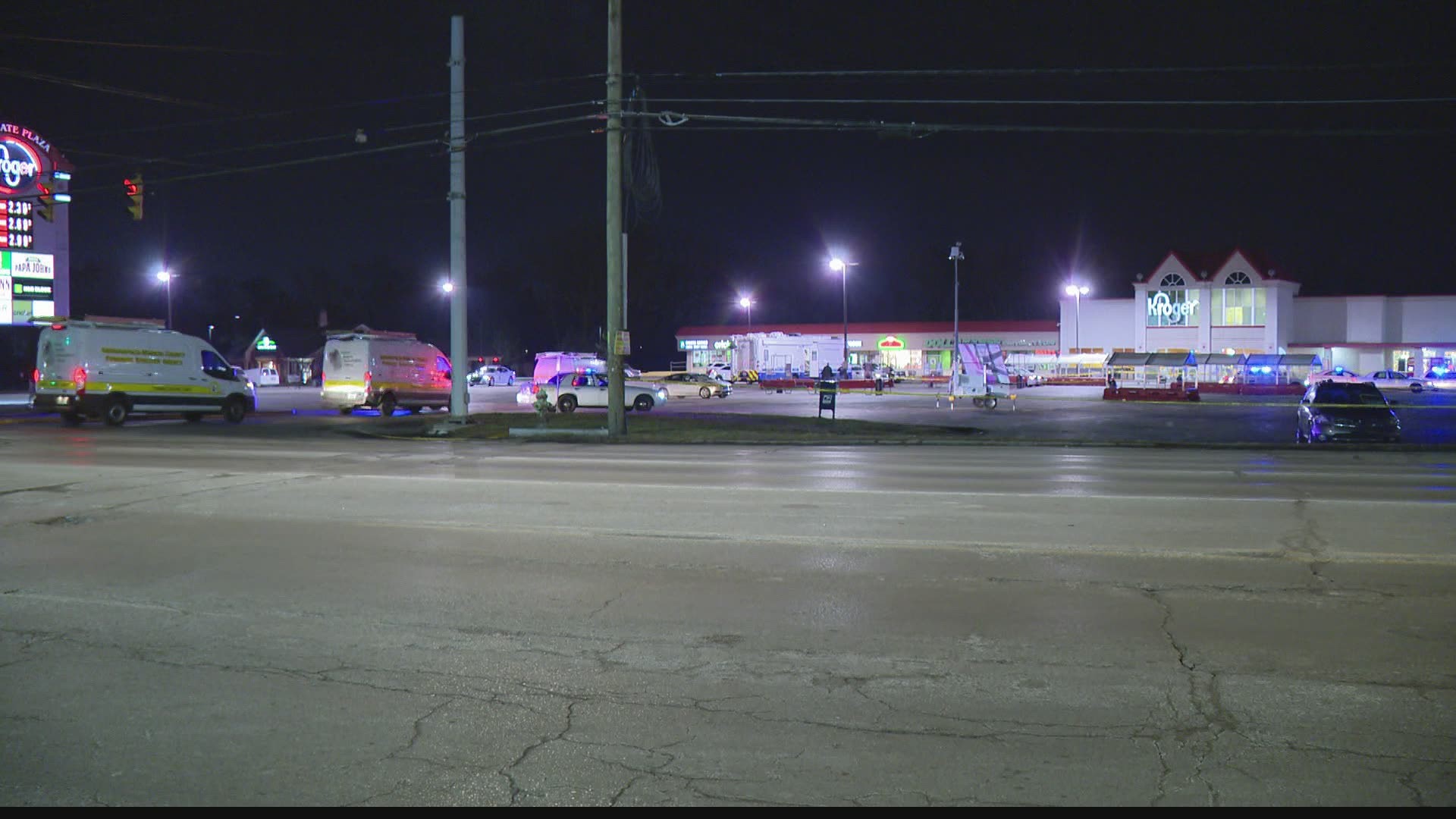 IMPD released a video summary of an officer-involved shooting on the city's west side on Jan. 30, 2021. The video gives an overview of the incident from the police department's perspective and includes 911 calls and body camera footage.

As the car stops, the bodycam video from Officer Randall Burns, a four-year IMPD veteran, shows him ordering the suspect to stay in the car and that man running off.

Approximately a minute-and-a-half later, another officer arrives where the shooting took place behind an auto parts store. Moments after that, Burns can be heard asking the suspect if he was hit. The suspect replies "yes" and officers start attending to him. Three minutes after the shooting, the suspect was given first aid.

Burns was not wounded during the shooting.

WARNING: The below video contains graphic images and language of an officer-involved shooting.

The 31-year-old male suspect, who has since been identified by IMPD as Denny Mattingly, was found to have bags of methamphetamine and fentanyl in the pockets of the coat he was wearing.

Mattingly also had an active warrant for possession of a firearm by a serious violent felon, residential entry, resisting law enforcement and a community corrections violation.

He was taken to the hospital with a gunshot wound to his torso and was later arrested when he was released from the hospital on the outstanding warrant, as well as a preliminary charge of attempted battery with a deadly weapon.

The woman who was driving the vehicle during the traffic stop cooperated with police and was later released.

The IMPD Critical Incident Response Team (CIRT) is still conducting the criminal investigation. It is also being investigated by internal affairs.

Anyone with information about the incident is asked to call Crime Stoppers anonymously at 317-262-TIPS.