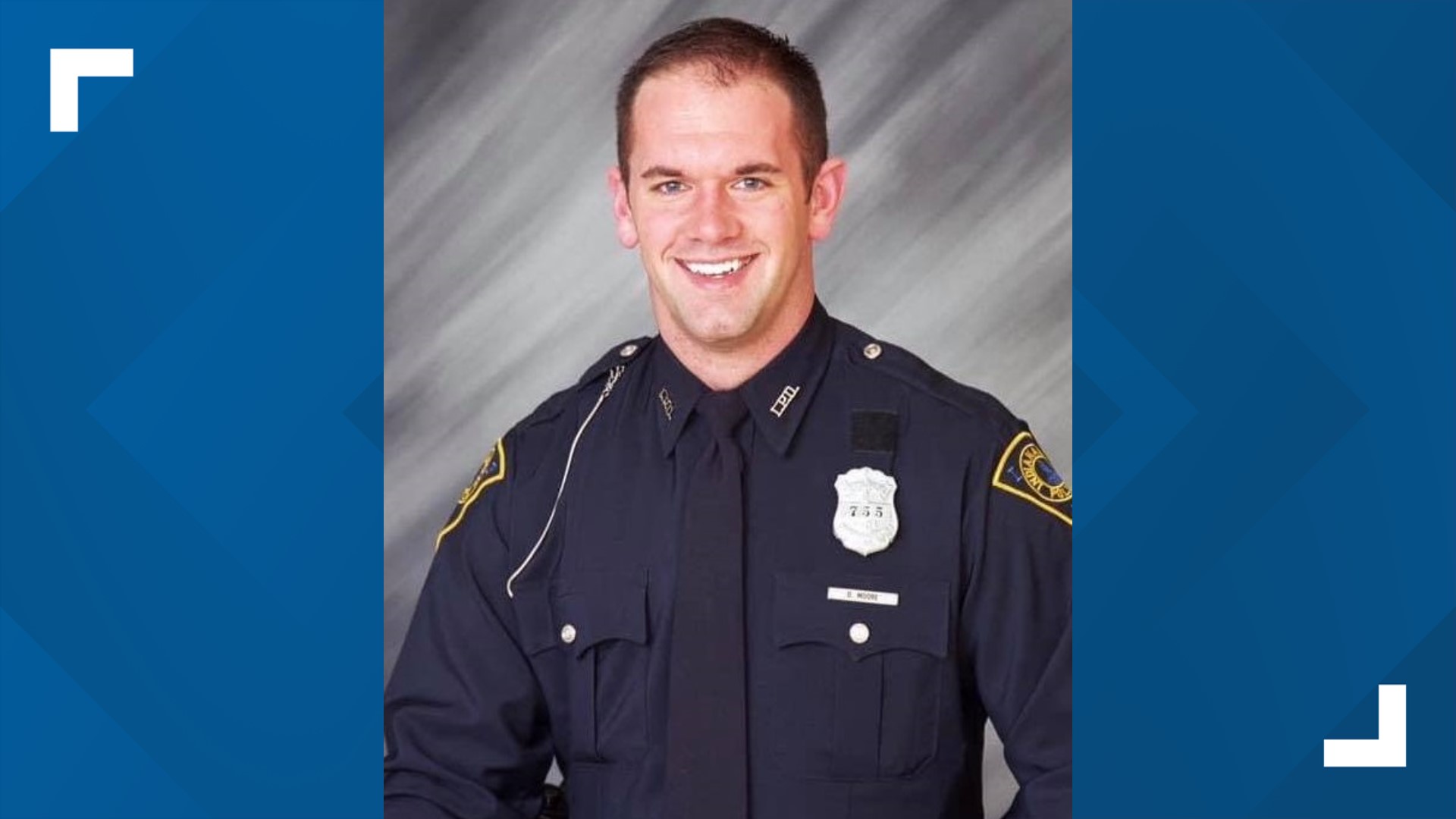 The department released a video Tuesday in remembrance of Officer Moore and his sacrifice.

As the driver, later identified as Thomas Hardy, and Moore were outside their vehicles, Moore was shot multiple times.

Officer Moore was wearing a bullet-resistant vest but was shot in the chest, the left thigh, and twice in his face. He was taken to the hospital and remained in a coma until his organs were donated on Jan. 26, 2011. Seven people received Moore's organs, including his heart, liver, lungs, corneas and kidneys.

Hardy, a 60-year-old parolee, was arrested later that evening and held for the robbery of a Dollar General store committed 50 minutes after the shooting.

Officer Moore was 29 years old when he died and in his seventh year serving with the IMPD and was working in the North District.

He was posthumously awarded the department's Medal of Honor and Purple Heart.