A total of nine people were shot overnight in three different locations in Indianapolis. 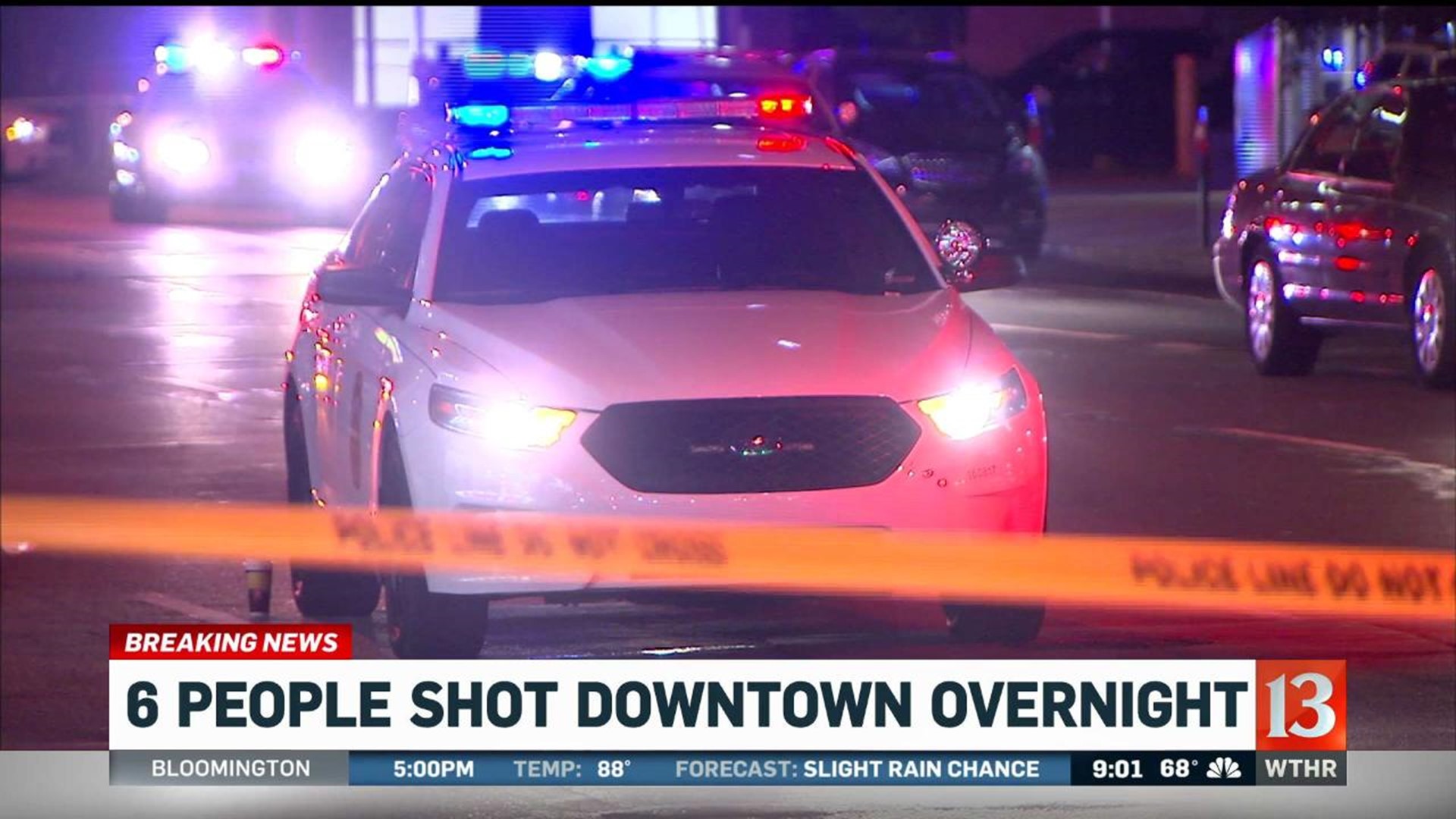 All of the victims are expected to survive, including six who were shot downtown late Saturday night.

Police are still looking for the suspect the say fired down a street near Washington and Illinois streets just before 11:30 p.m.

The have identified a person of interest - a juvenile - in the downtown shootings.

Just after 3 a.m. officers were called to the northeast side in the 3700 block of Drexel Avenue where another person was shot and taken to the hospital in what a police spokesman described as stable condition.

Within half-an-hour later, IMPD South District was called to a house in Monteo Village off Banta Road near south Harding Street on the report to two more people shot. Two men shot sustained wounds that were not life-threatening, according to police.

At the same house, two officers were assaulted by another man - not the shooting suspect - who has been arrested.

Police have not identified the man who is suspected of the shooting on Monteo Lane.

Check back for updates on these investigations.

If you have information you think would help any of these investigations, you can call Crime Stoppers of Central Indiana at (317) 262-TIPS.