Officers found the guard near the Lockerbie Marketplace shortly around 3:45 a.m. 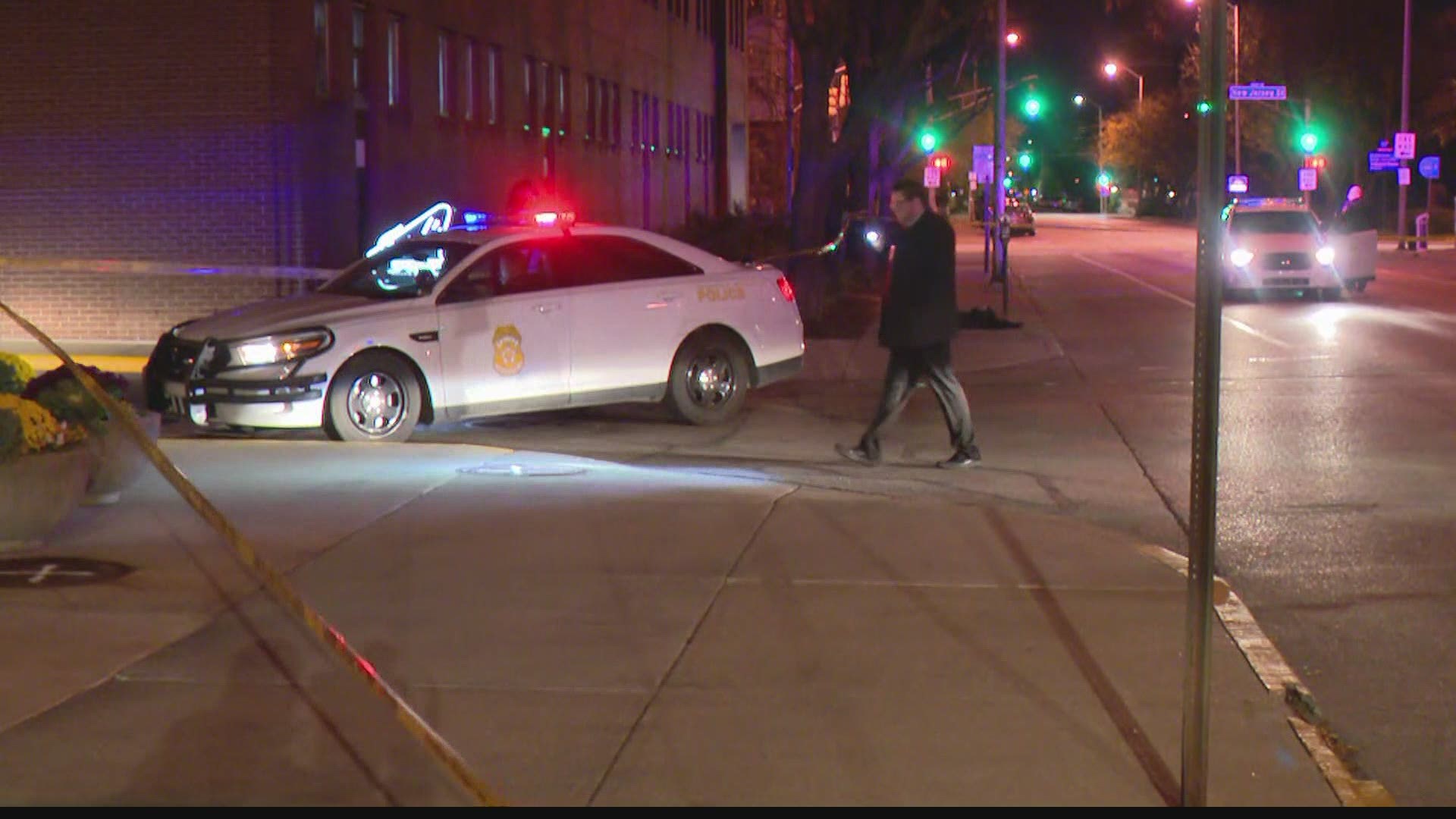 INDIANAPOLIS — IMPD homicide detectives are conducting a death investigation after officers found a security down on East New York Street in downtown Indianapolis early Monday. He was taken to the hospital and died there.

Police confirmed that the guard, who was in plain clothes, appeared to be shot.

Officers found the guard, 37-year-old Quintin Cole, shortly after 3:45 a.m. in the 300 block of New York Street near the Lockerbie Marketplace between Alabama and New Jersey streets.

Multiple evidence cones were placed around the scene where the guard was found.

The coroner's office confirmed Monday that Cole had been shot.

Police have not shared any information about a suspect in the incident.

#Breaking IMPD investigating homicide in downtown Indy. Detectives say an unmarked security guard was found shot near New York & New Jersey. No suspect info yet, unknown if guard was on-duty or what lead up to the shooting. Details on @WTHRcom pic.twitter.com/Az7LELtUqr