Police believe Darrell Goodlow could potentially be linked to at least a half dozen rape cases involving eight victims beginning Aug. 1, 2020 through Sept. 8, 2021. 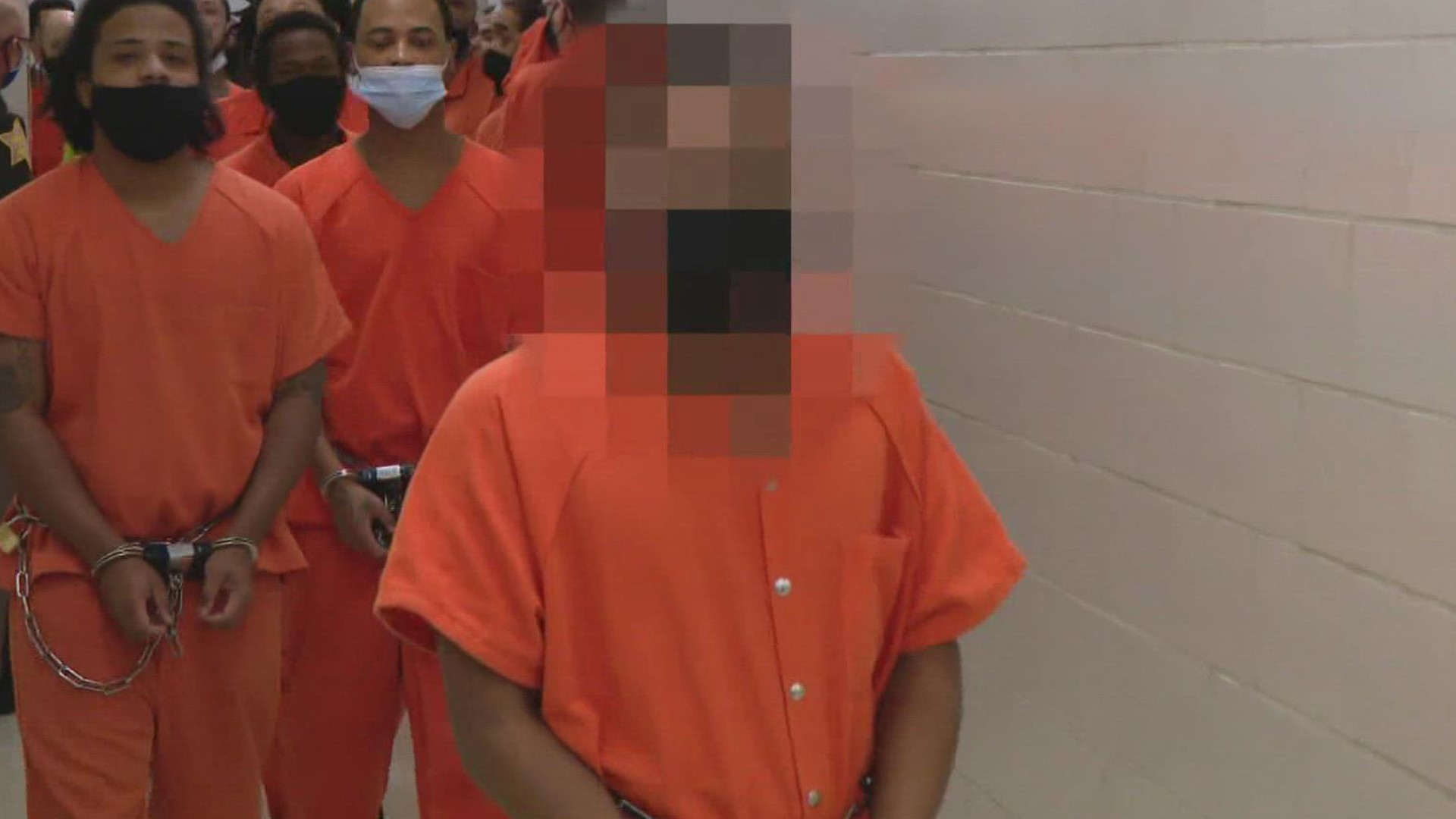 INDIANAPOLIS — NOTE: 13News is blurring the image of Darrell Goodlow as police have not released his mugshot. Investigators said in the event there are other possible victims that might come forward, they might need to use his mugshot to identify him.

Officers used a fingerprint and DNA to identify Goodlow as a suspect, according to court documents.

Police believe Goodlow could potentially be linked to at least a half dozen rape cases involving eight victims beginning Aug. 1, 2020 through Sept. 8, 2021. The victims range in age from 58 to 78.

In several of the cases, Goodlow  allegedly threatened to kill the victims and in one case, court documents show the suspect killed a family's dog. According to court documents, the suspect also tried to portray himself as an IPL worker to gain entry to some of the women's homes.

In each of the cases, officers were able to collect evidence and DNA as the suspect had spent hours in the homes of the victims. It was in the Sept. 8 incident that investigators found a fingerprint on a fan that was moved by the suspect. That print led police to Goodlow.

Police then collected a DNA sample from Goodlow, and it matched the suspect in the eight sexual assaults, according to court documents.

Police said the suspects reporting the rapes and providing the information they did helped police catch the suspect.

"We acknowledge the bravery and courage of each of the victims in these incidents," said Lawrence Police Chief David Hofmann.

IMPD Deputy Chief Craig McCartt said his department hopes the arrest and charges will allow victims to focus on healing.

Almost all of the reported rapes took place on the east side of Indianapolis, with one of the cases happening on the north side. The east side attacks were within a couple miles of where Goodlow lives.

“There is really only one way to describe the alleged actions of the defendant and that is predatory. He planned these attacks and picked out his victims whom he terrorized repeatedly,” said Paul Keenan, FBI Indianapolis Special Agent in Charge. “Because of the courage of the victims who came forward they will prevent other women from becoming victims.”

Police are not releasing his mugshot in the event there are other possible victims that might come forward, and it would need to be used to identify him.

Goodlow was also arrested in 2017 for a rape, but charges were never filed.