Video released Tuesday shows two people the fire department is hoping to identify in an east side house fire that was the scene of a Saturday morning homicide. 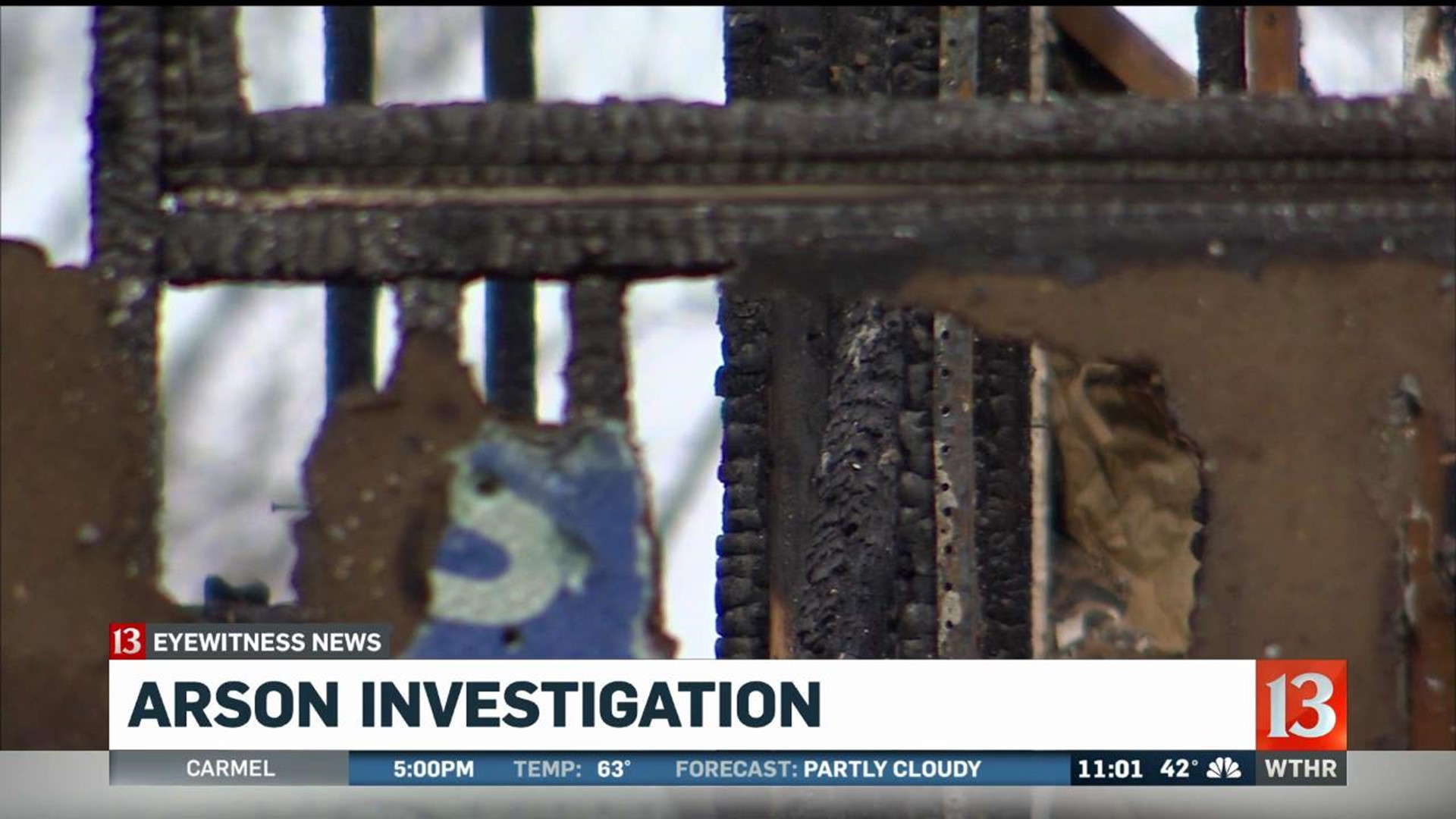 INDIANAPOLIS (WTHR) — The Indianapolis Fire Department has released video of two people they want to identify after a house was set on fire. It was the same house where a person was killed Saturday morning.

Metro police said a man was shot at the house in the 4100 block of Richelieu Road early Saturday and died at the hospital. Police say the shooting may have stemmed from a domestic dispute.

Shortly after 3:30 a.m. Sunday, fire crews were called to the same address to put out a house fire.

In a tweet, IFD says the fire was an arson and they are trying to identify the people caught on camera walking away from the home, one during the day and the other at night.

"I'm just glad there was no one in the house at the time the fire went up, because that was our first thought," said neighbor Julie Chapman.

Chapman and her husband didn't see anyone around the house that sits across the cul-de-sac from them, even after what happened early Saturday morning.

"I'm not looking out my window unless there's a gunshot or something," Chapman said.

A doorbell camera became the eyes and ears in the hours after the shooting. It shows someone walking through a yard and from the sound you can hear, it would appear that person shoots out the windows on a vehicle.

Hours later, after dark, you see someone walking through that same yard carrying what appears to be a can. Later that night, the house burned down.

Anyone with information about the shooting or the fire should call the homicide office at 317-327-3475 or Crime Stoppers at 317-262-TIPS.