IndyHumane said when Leonard arrived to their facility, he was potentially hours away from death. 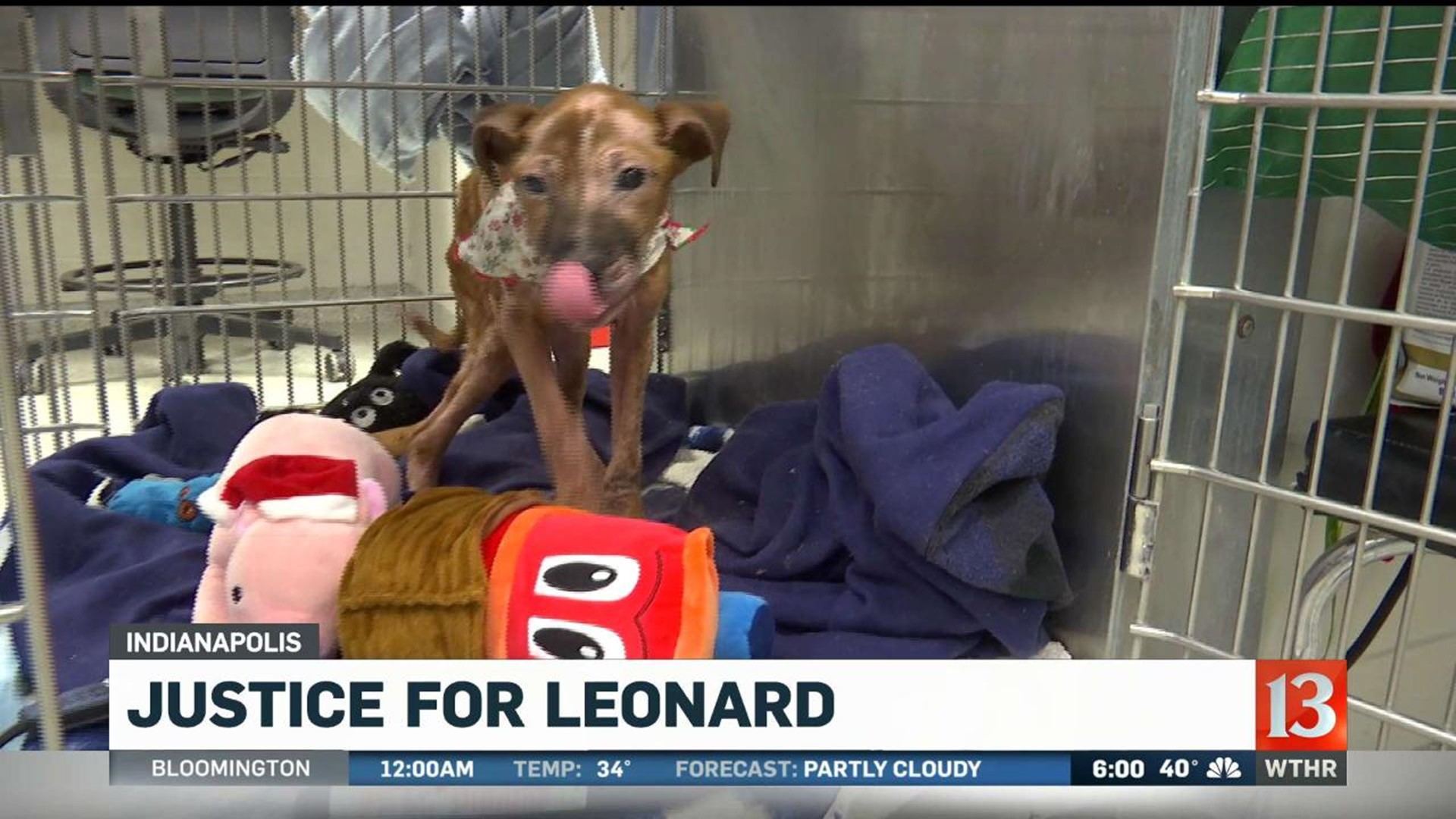 IndyHumane shared photos and a description on its Facebook page Wednesday morning of Leonard, who was reportedly tossed into a cold, dark basement after his owners decided they no longer wanted the responsibility of a puppy.

IndyHumane said when Leonard arrived to their facility, he was potentially hours away from death. The organization said his was severely emaciated and dehydrated, his bones could be seen through his skin, his body temperature couldn't be read by the thermometer because it was so low and he was infested with fleas.

"Extremely critical. He probably would not have survived much longer were it not for the efforts of our veterinarians and vet techs here at the shelter," said Dr. Liz Rose, a veterinarian at IndyHumane.

IndyHumane said the medical staff got to work to stabilize Leonard. Upon further examination, it was discovered the puppy was suffering from an upper respiratory infection and was anemic due to the volume of flea infestation.

After 24 hours, Leonard was able to stand on his own for the first time. He's already looking better, but stinks from severe skin infections.

The organization said Leonard is looking at a lengthy and costly recovery but is encouraged with his progress in the short amount of time.

"It appears on our lab work that there isn't any permanent organ damage. So hopefully his red blood cells will kick back up now that we've treated the fleas and his infections will resolve. His hair should be able to grow back. We hope to have him neutered and available for adoption in the near future," Rose said.

"We have had many, many people that have volunteered to adopt Leonard and he will end up in a very loving home. That's the essence of why we exist," IndyHumane CEO David Horth said.

IndyHumane is asking for donations to help cover the cost of Leonard's medical treatments and recovery. As of Wednesday morning, more than $6,000 has been donated. Click here to donate.

"If you cannot take care of that animal, it's your responsibility to bring it to a center that can. Our center or there's other choices as well. There's many rescues that would respond to that," said Horth.

Anyone with information on the investigation is asked to call Crime Stoppers at (317) 262-TIPS.

IACS reminds people to report animal neglect or abuse immediately using the Request Indy mobile app or website, which are both available 24/7.