Police did not include any information on arrests connected to the case. 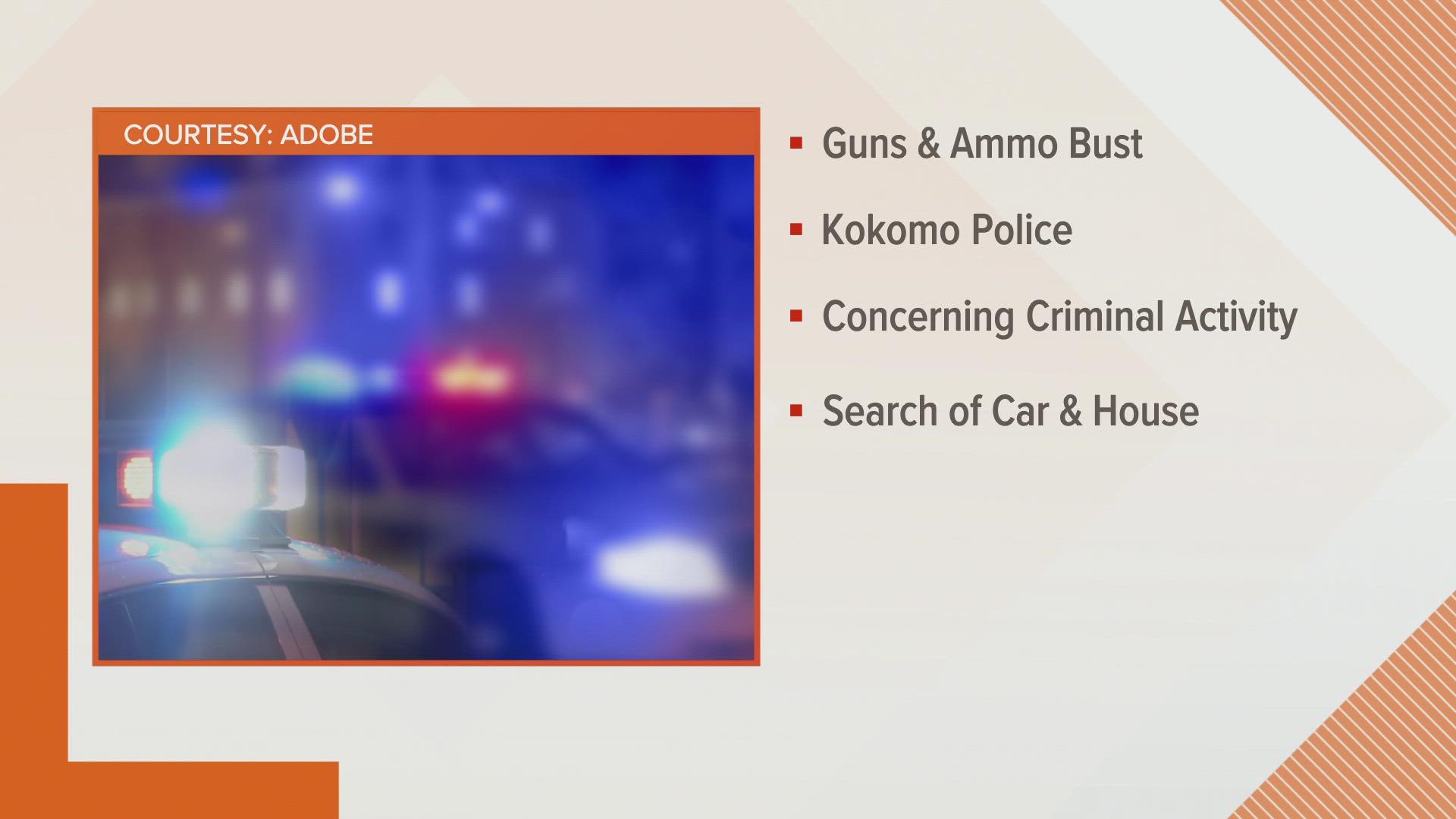 KOKOMO, Ind. — An investigation in Kokomo led police to hundreds of pounds of ammunition, nearly two dozen guns, and drugs.

Police were first called to 405 East Havens St. on Sept. 12, for a possible fight involving handguns. No one cooperated when officers arrived.

Police were tipped off later that there was criminal activity involving an organization and its members.

On Sept. 17, officers stopped a car on the southeast side of Kokomo and found multiple weapons. That led officers to serve a warrant on a home in that area.

A police release did not include any information on arrests in the case.