A homeowner south of Columbus caught three people loading his stuff into the bed of a stolen pickup, and held them at gunpoint until police came. 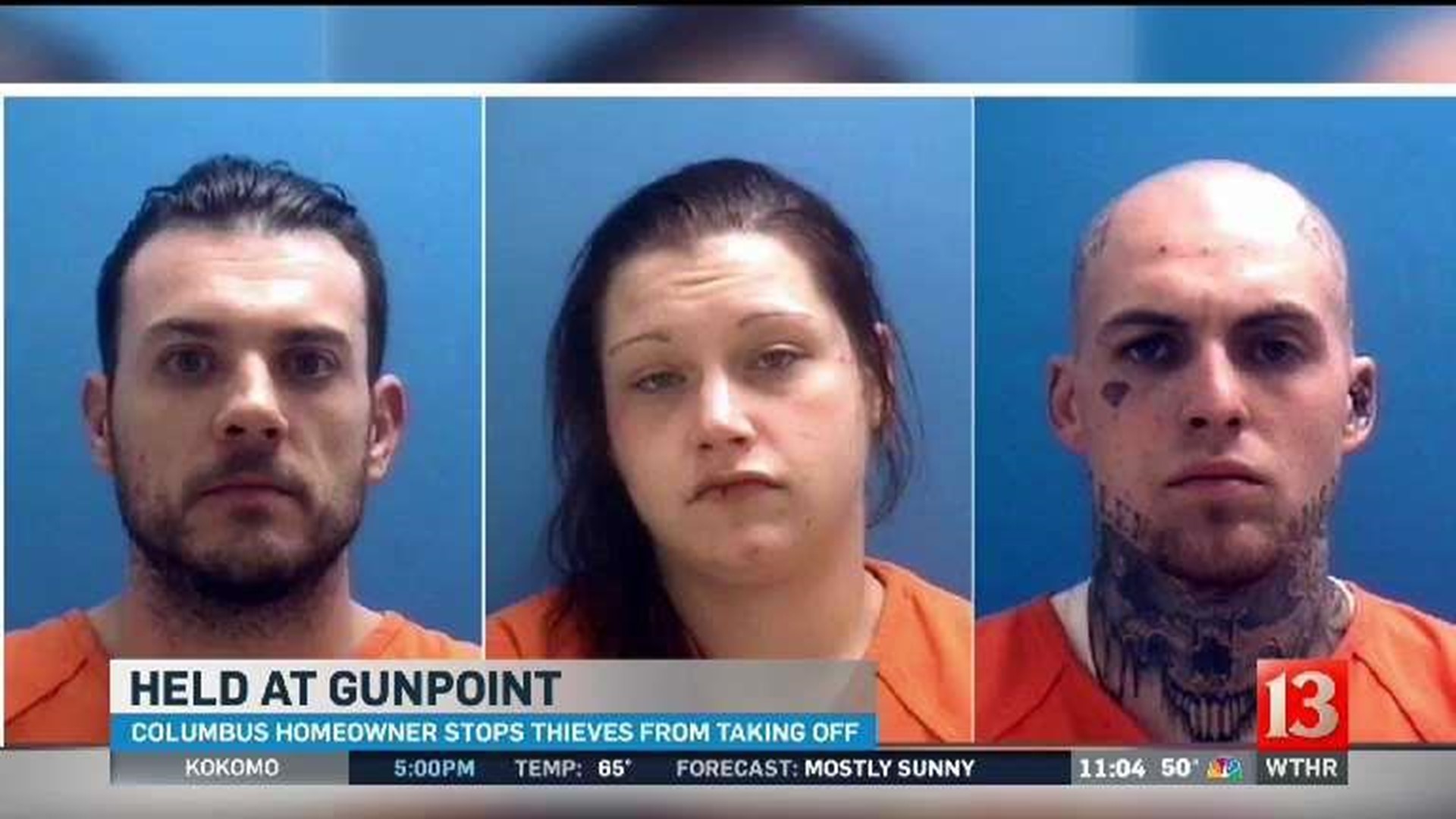 COLUMBUS, Ind. (WTHR) – Police received some assistance from a homeowner who held three people at gunpoint until officers arrived Friday.

Those three people are now jailed on burglary, theft and auto theft charges.

Police say that early Friday morning, Derek Sarver, 31, Natasha Carr, 28, and Stephen McFarland, 28, were seen loading items into the back of a stolen pickup near 1200 East County Road 450 South.

Two Bartholomew County Sheriff’s deputies found several items belonging to the homeowner in the bed of the Dodge Ram truck that was stolen in Columbus residence earlier Friday morning.

Sarver, Carr and McFarland were arrested and jailed in Columbus to await formal charges.