Higher amount of Canadian marijuana being intercepting at border

With marijuana legal in Canada, but against federal law here, border crossing officers are finding more attempts to smuggle pot into the United States.

BUFFALO, N.Y. — The amount of Canadian marijuana intercepted at the U.S.-Canada border crossing in New York State is skyrocketing.

The Peace Bridge is no different. U.S. Customs and Border Protection officers have not seen anything like this before.

Exhibit A: On Monday, a tractor-trailer was discovered to be carrying almost two tons of pot. It was loaded onto 14 shipping pallets that were listed as lighting equipment.

With marijuana legal in Canada, but against federal law here, border crossing officers are finding more attempts to smuggle pot into the United States.

The Buffalo Field Office for customers and border security has jurisdiction from the Peace Bridge to the Port of Champlain.

During a total of 16 border crossings since the first of last year, some 27,000 pounds of narcotics have been intercepted.

Aaron Bowker is the Customs and Border Protection's public affairs liaison at the Buffalo Field Office. He's seen the increase in numbers.

"We've had some larger narcotics seizures in the Port of Champlain, like counterfeit Xanax," he said. "We've also seen various other narcotics seized ... fentanyl, heroin, cocaine … on a smaller scale.

"But the largest amounts have been in the Port of Buffalo and have been predominantly large loads of marijuana."

Official numbers were not available on Friday, but the agency told 2 On your Side that year-to-year, drug seizures have increased several-thousand percent, and most of that is marijuana.

"What happens is the criminal organizations still want to attempt to make a profit, so they're going to still attempt to bring it in, with the only modes of traffic coming being mostly tractor-trailer," Bowker said. 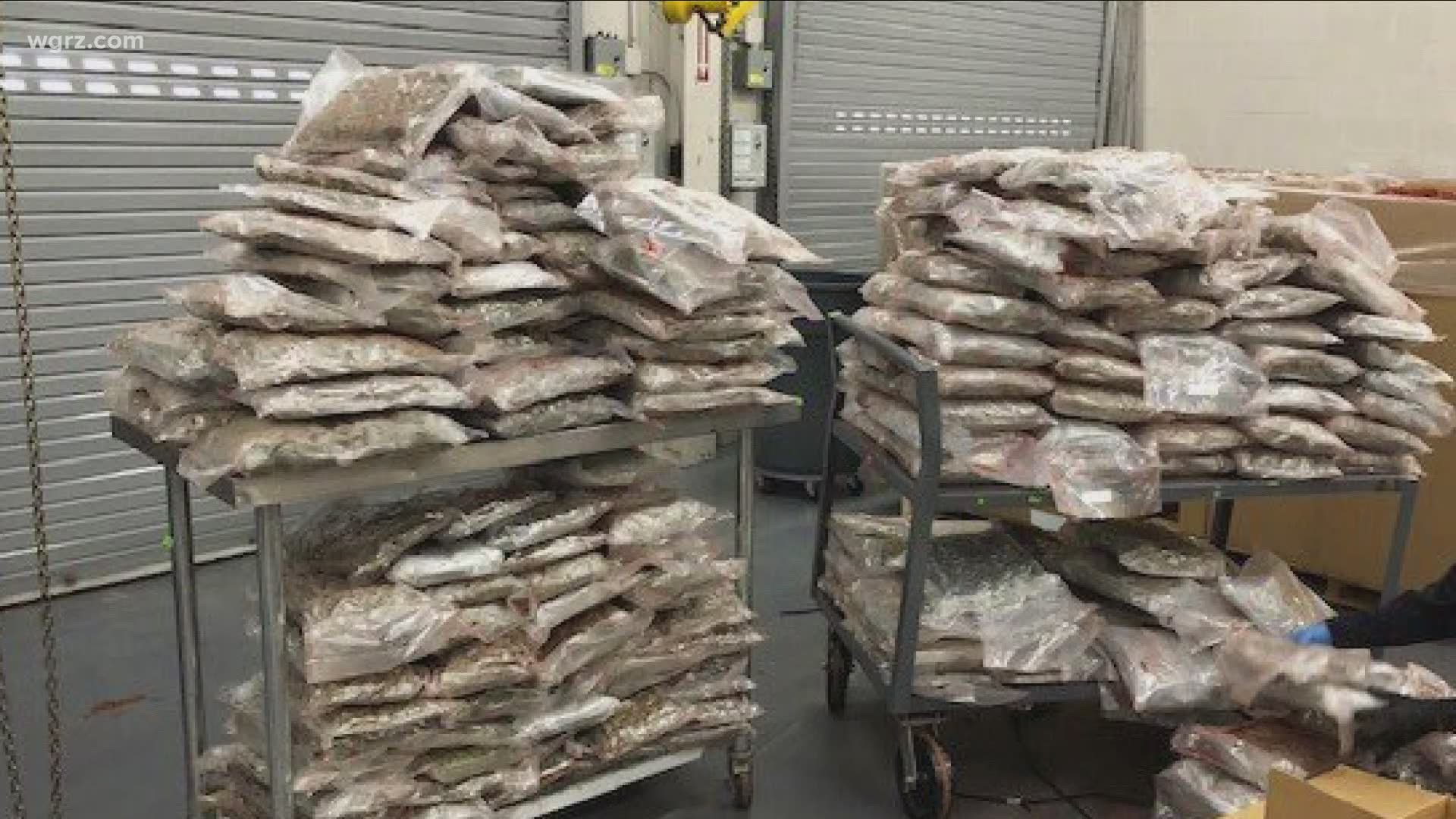