There's a new push to keep guns from getting stolen and ending up in the wrong hands. 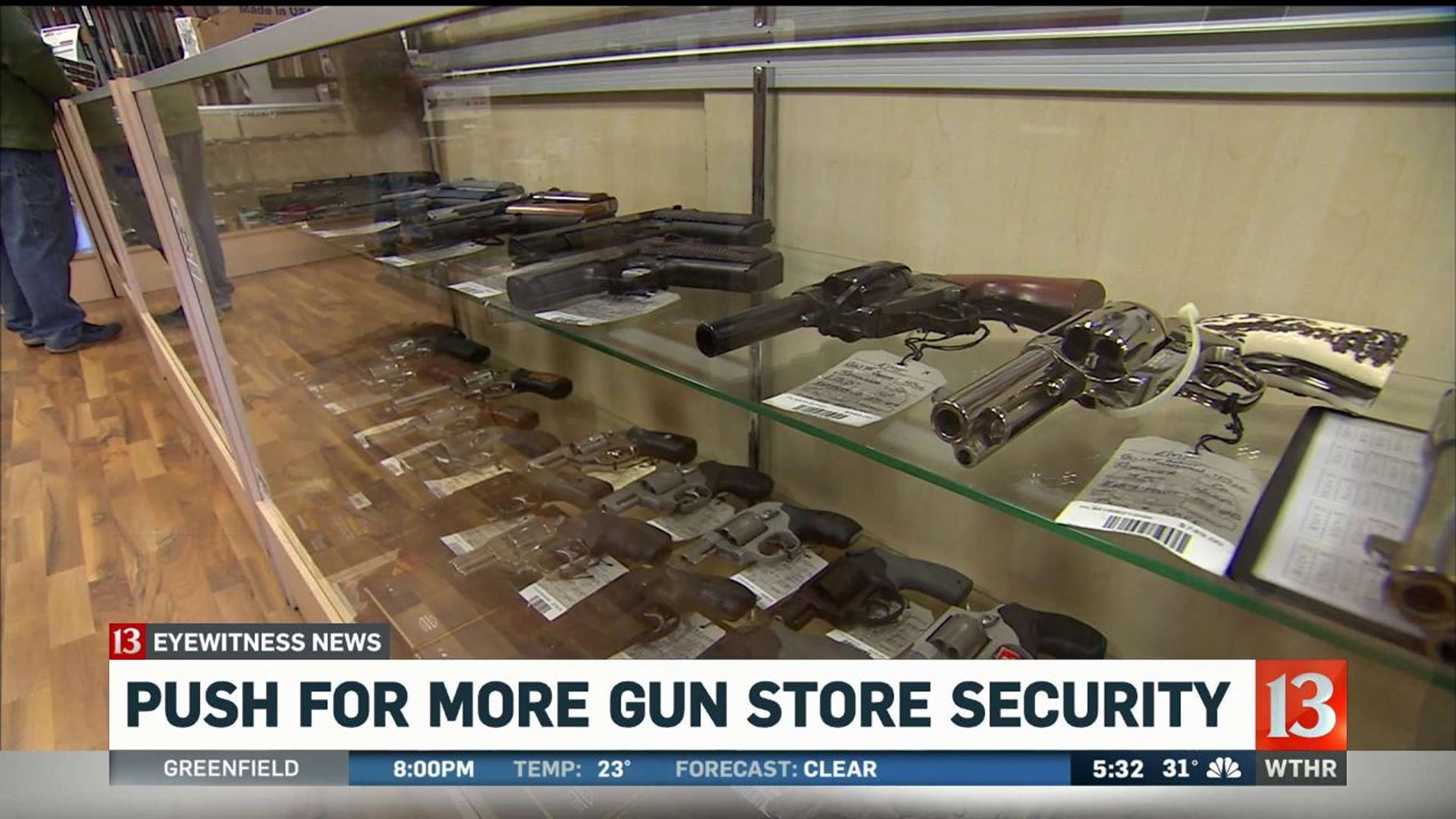 INDIANAPOLIS (WTHR) — There's a new push to keep guns from getting stolen and ending up in the wrong hands.

"If people want to hurt people, you can't change that by taking something away from them," he said. "They'll figure out a way to do it if they want to do it. But I do believe you can make it more difficult."

So he proposed a law that would require gun stores to secure guns in a way that would make it difficult for thieves to get to them.

Other states have considered similar legislation after an increase in gun store thefts nationwide.

"I'd prefer some kind of a safe or a vault. They may not have those. But I want something that's going to secure that where they just can't get in in two or three minutes and run away with 35 guns," Burton said.

Among the potential requirements is having licensed dealers protect or shield the lock on a display cabinet or case from the use of a bolt cutter or similar tool.

They might also be required to have their facility monitored by a security system that connects directly to an alarm monitoring service or law enforcement agency.

But not everyone thinks legislation is the answer.

"There are a lot of stores that have effective measures already," said Douglas Hunter, owner of Fort Liberty Firearms in Avon. "I don't know that legislating even more is going to change things."

Hunter started locking up the guns at closing time four years ago on his own. During a break-in at his store in November, 2019, burglars got away with only a few knives.

In July, 2019, burglars broke into a New Whiteland gun store and got away with 33 guns.

In December, 2019, police said a man burglarized a Bloomington pawn shop and got away with several guns.

According to the Bureau of Alcohol Tobacco and Firearms, almost 900 guns were reported stolen in Indiana from store robberies or burglaries between 2015 and 2019.

Burton's original bill failed to get an initial hearing during this year's legislative session. He said he's currently working with senators to include gun safety language in one of their bills before the session ends.