Greenwood police looking into whether vandalism is racially motivated

Greenwood residents are on edge after police say someone spray painted hate symbols on homes and cars. 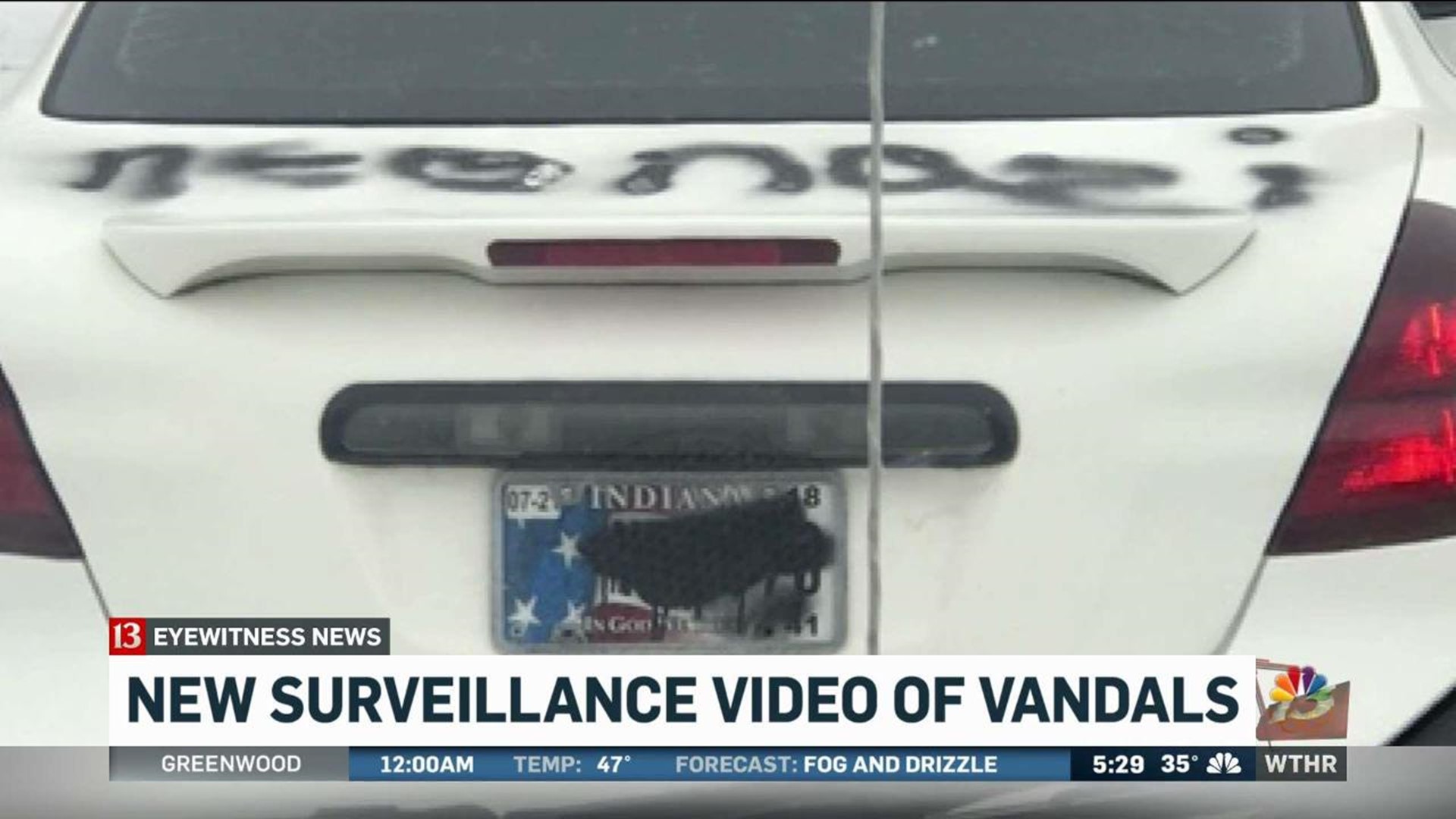 GREENWOOD, Ind. (WTHR) - Greenwood residents are on edge after police say someone spray painted hate symbols on homes and cars.

The victims discovered the vandalism Sunday morning in the Barton Farms and Southern Pines subdivisions.

The three victims all lived within a mile and a half of each other.

Now, Greenwood police are looking into whether this is just random vandalism or racially motivated because of what they say the suspects spray painted.

That's what he found spray painted on his car Sunday morning outside his house on Blue Lake Drive.

"I'm Hispanic. My wife, she's white. So we were concerned whether it had to be a racial issue or not," said Maldonado.

Maldonado reported what happened to police. That's when he found out he wasn't the only victim.

Around the same time, police say someone spray painted a swastika on the garage door of a house a few streets over on Lodgepole Drive.

The victims there are another interracial couple.

"It concerns me for my kids, basically. I don't want anything to happen to them," said Maldonado.

"There was like a spray paint and it's shape of a man body part," said Lian.

Lian just moved to Greenwood with his wife six months ago. The couple is expecting their first child.

"We pick a place that's better for family," Lian explained. "I never expected this would happen."

Greenwood police say they've been looking at surveillance video from home security cameras in the neighborhoods. They believe the suspects could be in a dark-colored Chevy Cruz. Video shows that kind of car pulling up to one of the victims' houses.

Police say three people get out of the car and walk up to the house. A few minutes later, all three suspects get in the car and leave the area.

Maldonado isn't sure what the motive is for the tagging, but says he's glad police are taking it seriously.

"Either way, we're still going to stay on guard, make sure nothing's happening and keep a look out in the neighborhood regardless. Hopefully they can catch 'em. That would be awesome," said Maldonado.

Greenwood police do believe that all three incidents are connected, even though they say the three victims do not know each other or have any kind of connection.