A Greenwood man is facing a felony charge for beating his mother's pet collie to death Sunday. 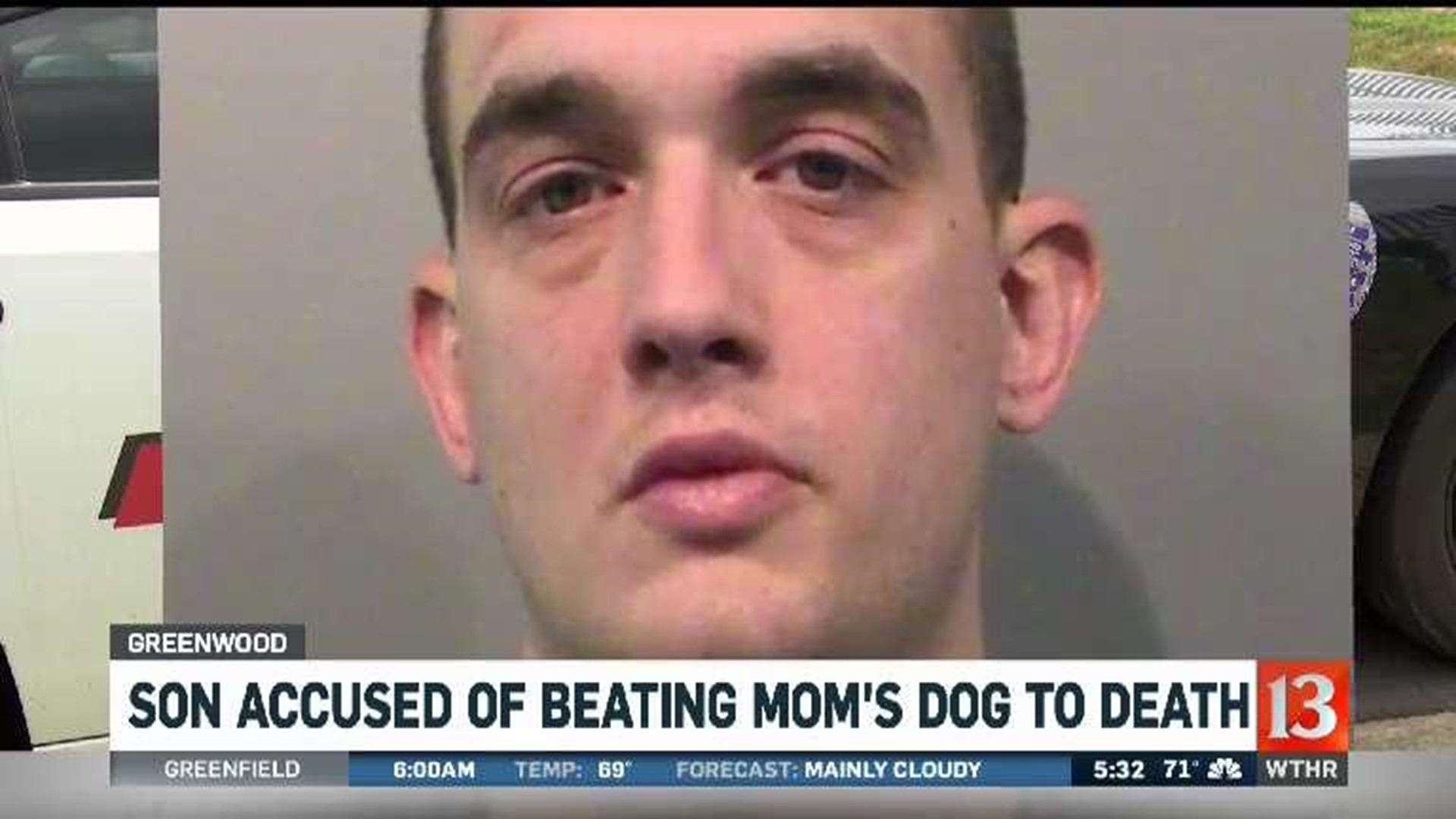 GREENWOOD, Ind. (WTHR) — A son is accused of killing his own mother's dog in their Greenwood home late Sunday morning.

35-year-old Michael Lukas initially claimed he had no idea how the 16-year-old border collie mix died, but police say disturbing video shows Lukas killed the dog that family members say slept in his bed most nights.

The older sister of Lukas met with Greenwood police at a White Castle restaurant Sunday evening. Melissa Howard wanted to show them video evidence that her brother had killed their mother's dog.

Howard and her husband found the dog dead in her mother’s home Sunday afternoon. When confronted by his sister, Lukas claimed ignorance.

Howard’s husband was burying the dog in the backyard but was stopped by his wife when she discovered the home security video. Then, the couple called police.

"I know it was slammed on the floor and kicked,” said Greenwood assistant police chief Matt Fillenwarth. “I've got a veteran officer who said it was horrific to watch the video."

"He became upset with it because it had gone to the bathroom on the floor,” said Fillenwarth. “Some older dogs do. I was told that's what set him off with the dog."

The beating goes on for about 12 minutes on the video, which includes Gypsy whimpering, Lukas picking up Gypsy up over his shoulder and throwing her down and Lukas saying, “You stupid (expletive)! God you’re stupid.”

"The violence and cruelty that someone who calls themselves a human being is able and capable to do on an animal or human, it just doesn't ever make sense to me,” said Fillenwarth.

In the police report, Lukas initially denied that he harmed Gypsy, but when told about the video evidence to the contrary, he admitted that he kicked and threw the dog but did not kill it.

Lukas is charged with killing a domestic animal under new Indiana law that took effect July 1. If Lukas is convicted of that charge, he won't be allowed to own or train a dog or a cat during probation or parole. That's part of the stipulations of the new law meant to prevent repeat instances of animal abuse.