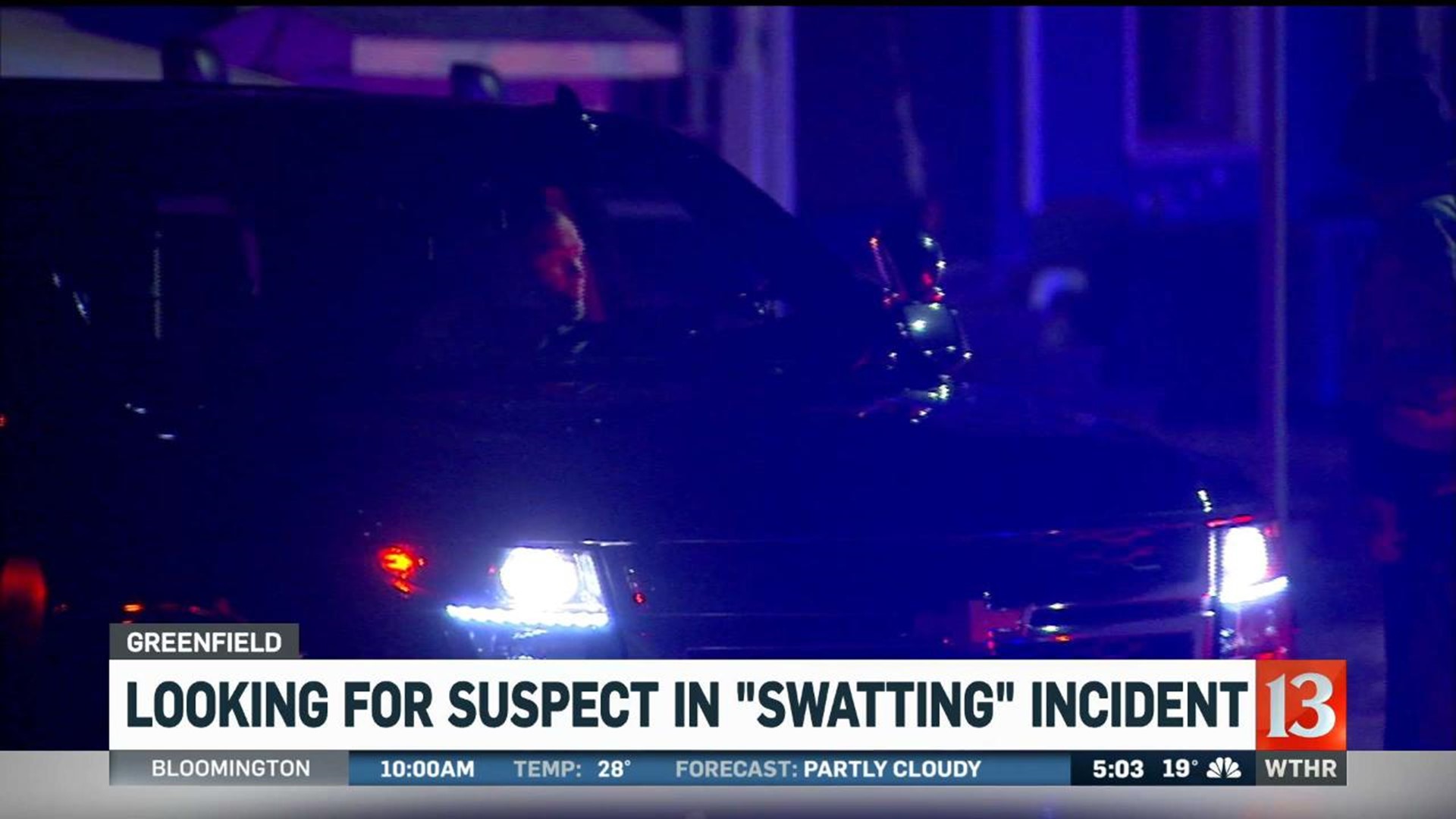 Greenfield police posted to Facebook that the activity is ongoing in the 700 block of West Main Street, just east of the intersection of Main and Broadway. Main Street is the name for U.S. 40 as it passes through Greenfield.

Public Announcement!!! The Greenfield Police Department has an active SWAT incident and request citizens in the...

Shortly after 7:30 p.m., police told Eyewitness News a "swatting" call was behind the incident. Swatting is a form of prank calling intended to draw a police response like this to someone's home when there is no emergency at all.

Greenfield Police Deputy Chief Matt Holland said the department received a call at 6:51 p.m. from someone claiming to have shot someone at a home on West Main Street.

"Total false info reported," Holland tweeted. "It is unfortunate that someone thinks it is funny or gets a thrill from making a false report of this nature. Our detectives are investigating the origin of the call. Thankfully, everyone is safe and nobody was hurt."

Police UPDATE: Main St now open to traffic. SWAT incident occurred in area. At 6:51p police received a call from caller claiming to have shot someone in a house in 700 block W Main St. Investigation revealed this was a prank “swatting”. Nobody hurt. Total false info reported.