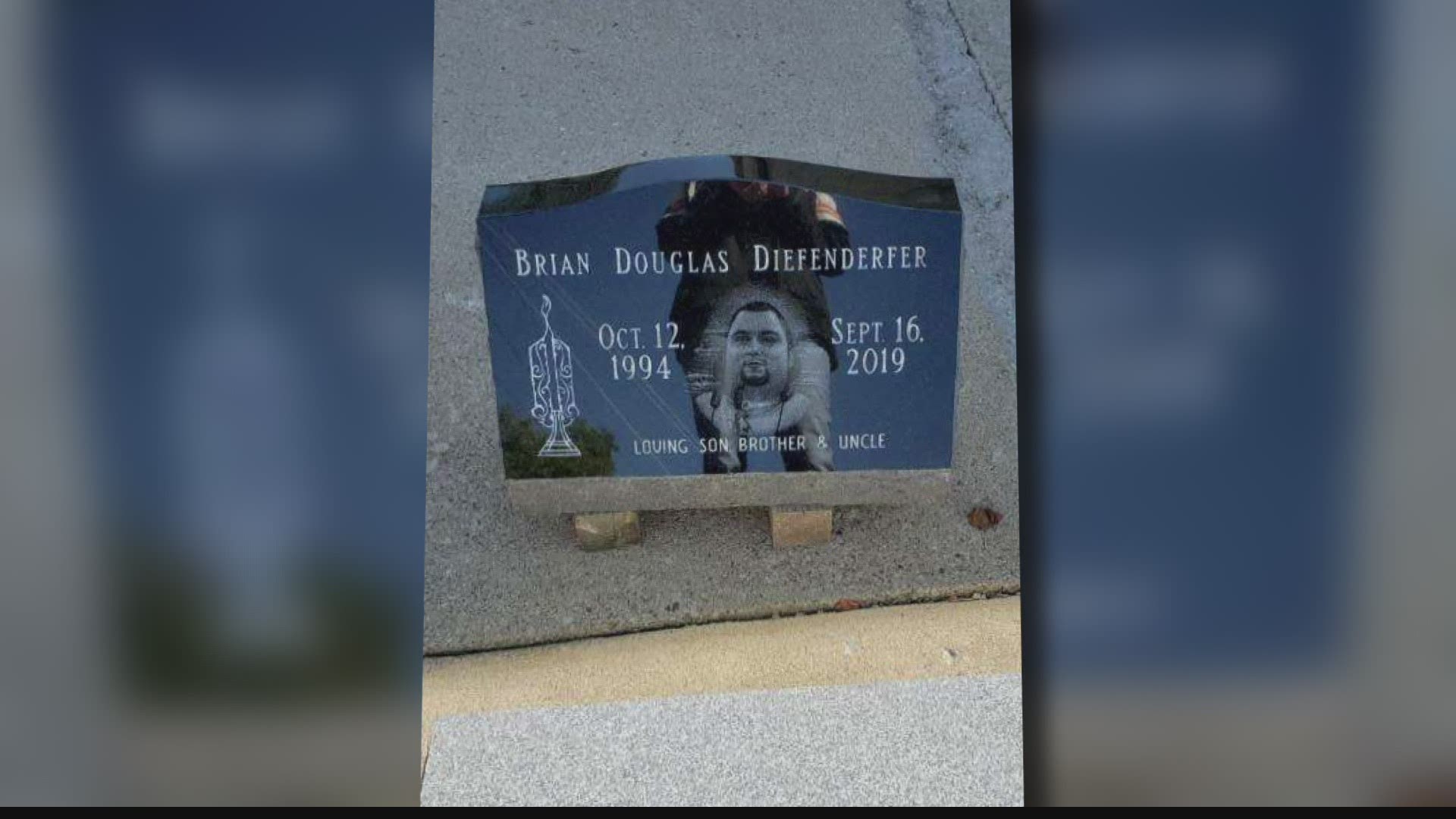 GREENFIELD, Ind. — It never gets any easier when you lose a child.

That’s what Kathy Diefenderfer is finding out after her son Brian, 24, died last September.

“It’s horrible. I think about him every day. I want to cry every day,” said Diefenderfer.

She said the grief has been made worse because she never received the $2,000 headstone she bought last October from Greenfield Granite.

“I figured it would be up by winter. It was never up. I called and called,” she said.

It turns out Diefenderfer isn't the only person trying to get what she paid for from the monument company. Indiana Attorney General Curtis Hill filed a civil suit against Greenfield Granite after police took 70 reports from customers who say the same thing happened to them.

The AG’s office is going after the company, trying to get refunds for customers or orders fulfilled if the product ordered is still available.

Diefenderfer said she’s been told her son’s headstone is there.

“Somebody messaged me on Facebook and said, ‘Oh by the way, your son’s headstone is just sitting outside on the side of their building,’” Diefenderfer said she was told.

Other customers may not be so lucky. The attorney general filed a temporary restraining order to stop company employees from removing or selling assets until the case is resolved. Police said they saw employees removing items and turning away customers last week, just a week after police said the company’s owner committed suicide.

“We have laws in place to protect Hoosiers when businesses abandon their obligations to customers,” Attorney General Hill said. “In this case, we want to ensure that any consumers harmed by this company’s business practices receive refunds or, if they prefer, have their orders fulfilled if products remain available.”