Man tries to steal Gayle Benson's car with her inside

Benson was reportedly sitting in her car in Uptown Saturday when a man barged into her car in an attempt to steal it. 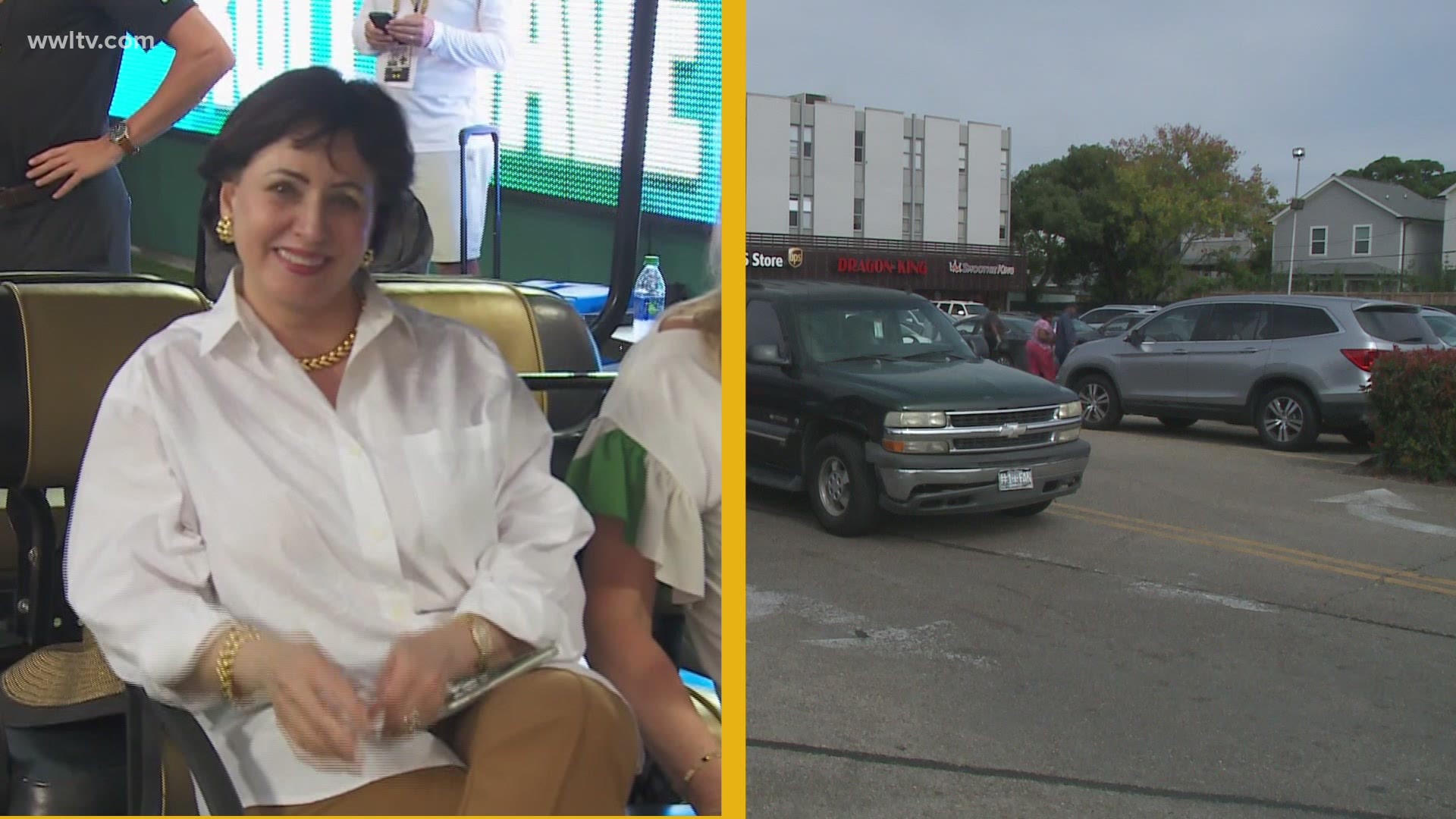 NEW ORLEANS — New Orleans Saints and Pelicans owner Gayle Benson was the victim of an attempted auto theft Saturday afternoon, according to team officials and the NOPD, a crime made more brazen because she was in the car at the time.

Benson was reportedly sitting in her car in Uptown sometime over the weekend when a man barged into her car in an attempt to steal it.

Investigators are looking into the incident as an attempted auto theft because the car's dark tinted windows likely prevented the would-be carjacker from realizing there was somebody in the vehicle.

A spokesman for the NOPD confirmed that the charge could change, possibly to an attempted carjacking.

In a statement, the NOPD confirmed the incident but did not cite Benson by name as the victim.

The attempted auto theft happened on Oct. 10 in the 6200 block of South Claiborne Avenue around 2:15 p.m., NOPD officials said.

"The victim was seated in the vehicle when a truck, described as a white Nissan Titan, parked directly beside her vehicle," a police spokesman said. "One of the subjects, who is described as a black male with facial hair, exited the Nissan Titan and entered the victim's vehicle."

According to the NOPD, Benson told the man to get out, and the carjacker abandoned his attempt to take her car.

A spokesman for the Saints organization confirmed Benson was the victim in the incident.

"While she was very shaken at the time, she was unharmed and is doing fine," said Greg Bensel, a spokesman for the Saints organization. He declined to comment further because the investigation is ongoing, but said Benson "wanted to send her sincere gratitude to the men and women of the New Orleans Police Department that responded so quickly and professionally."

No arrests have been made and NOPD officials said they were still searching for a suspect Friday.

‎New Orleans News from WWL
‎Stay up-to-date with the latest news and weather in the New Orleans area on the all-new free WWL TV app. Our app features the latest breaking news that impacts you and your family, interactive weather and radar, and live video from our newscasts and local events. LOCAL & BREAKING NEWS * Receive r...