A judge has sentenced a former Noblesville school bus aide to 10 days in Hamilton County Jail for smacking a 10-year-old girl who suffers from brain damage. 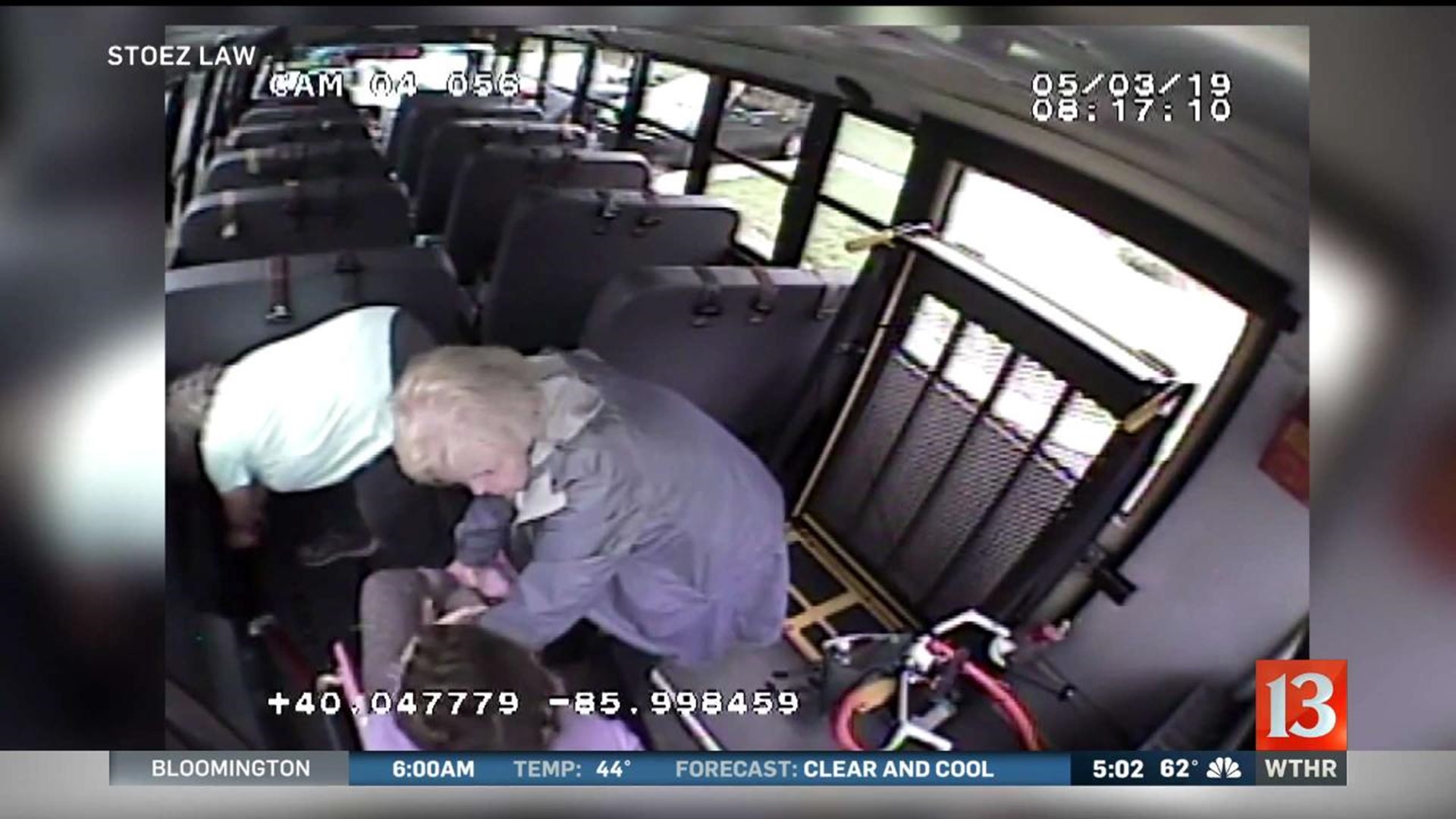 NOBLESVILLE, Ind. (WTHR) — Former Noblesville school bus aide Franchella Van Fossen is in the Hamilton County Jail after she was seen on video slapping a girl in the face.

In the courtroom Monday morning, 78-year-old Van Fossen admitted slapping a disabled student she was responsible for keeping safe.

The judge winced when he watched the video and then, sentenced Van Fossen to 10 days in jail and almost six months of probation.

There were tears of disappointment and sighs of relief.

The girl's mother, Elizabeth Hartman testified. She called the attack "a purposeful act of malice and pain."

After the sentencing, outside of court Hartman admitted, "I am overwhelmed. You want to know the truth. I am completely overwhelmed."

In May, the truth was captured by a security camera on a Noblesville school bus.

The driver and aide Francella Van Fossen are seen trying secure a wheelchair carrying Riley Hartman. The disabled girl was 9 years old at the time.

In the video, Van Fossen slaps the child then tells the driver that the girl bit her arm.

In court documents, Van Fossen told investigators she "touched" the girl's face after the 10-year-old bit her. The 10-year-old suffers from brain damage that occurred from a traffic incident.

Investigators showed the video to Hartman.

Her attorney tried to portray the woman as a person with a passion for caring for children.

"The most non-aggressive person I've ever known. She would never be violent," Van Fossen's friend Diane Reed testified.

Reed went on to call the slap "a reflex, like hitting a mosquito. A reflex that anyone would do." That brought gasps from others in the court room.

Van Fossen, who had never been a trouble before this, pleaded guilty to a B misdemeanor charge of battery and read from a prepared statement.

"I was horrified when I saw the video of myself and what I had done. I take full responsibility for my actions," Van Fossen said, then apologized to the family.

"I said Fran thank you for your apology," Hartman explained. "I still feel though that we are accountable for our actions and I am thankful that the court saw that."

There are plans to sue Noblesville schools and the family wants school workers to receive better training.

"If a child bites you how are you going to react?" Michael explained. "This type of training is critical. I'm telling you it is not happening in our schools."

Before sentencing, Judge David Najjar ​said, "This was one of the worst things that could have been done to Riley."

Good behavior could cut those 10 days in jail to five. Van Fossen was also sentenced to serve 170 days probation.

While on probation, Van Fossen must perform community service, which the judge said could not include caring for children.

Van Fossen could be freed the end of the week. Van Fossen had been transporting the girl for three years when this incident happened in May.