The number of hate crime incidents increased about 17 percent compared to 2016. 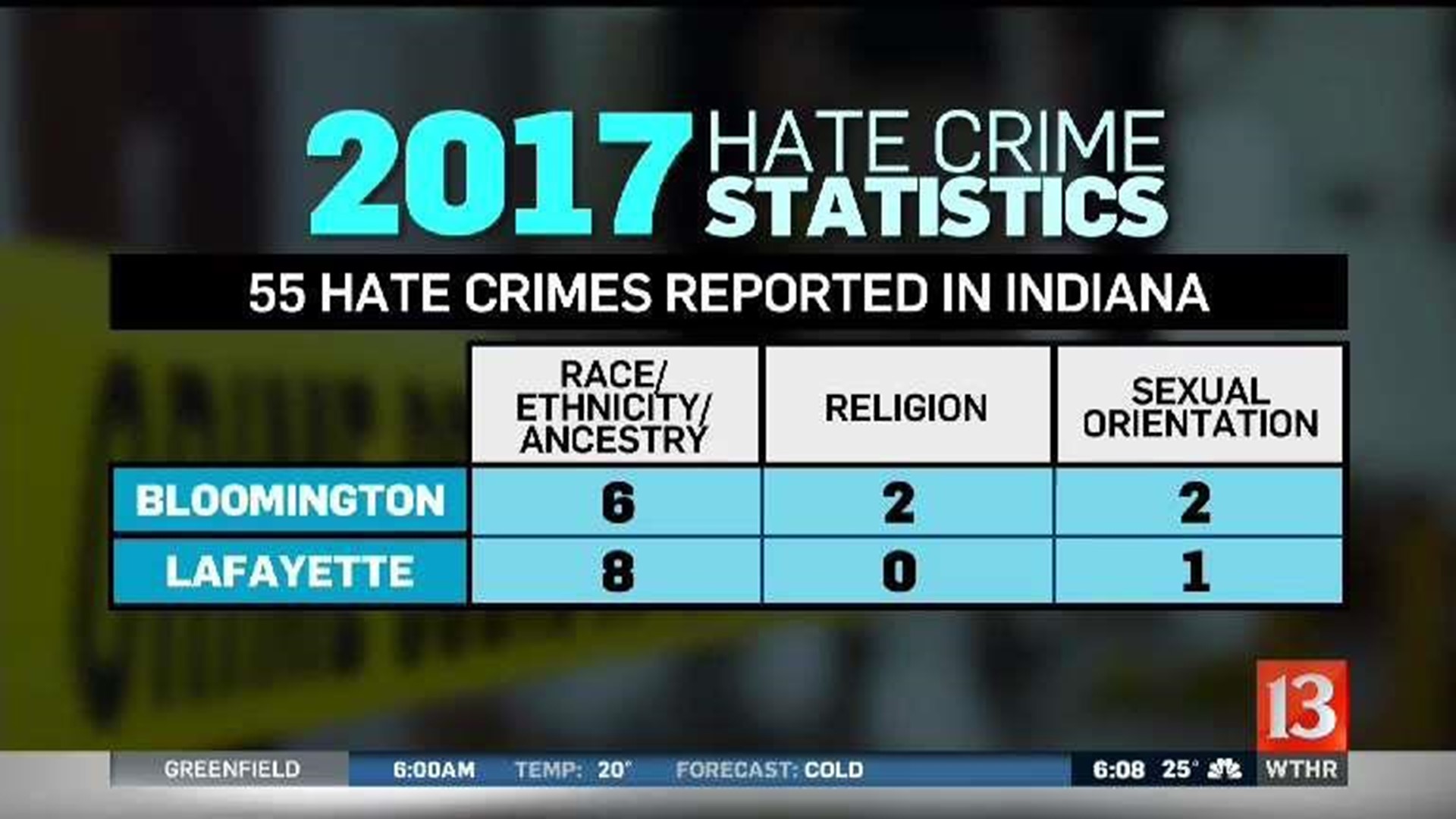 The number of hate crime incidents increased about 17 percent compared to 2016.

Nearly half of them were direct crimes against people: intimidation and assaults.

More than 3,100 hate crimes involved vandalism, arson and other crimes against property.

Most of the offenders were 18 or older, 83 percent in fact.

According to the report, the most common motive in incidents was race/ethnicity/ancestry at 59.6 percent.

Sexual orientation was reported as the motive in 15.8 percent.

Indiana is one of only five states without an explicit hate crimes law. The laws typically enhance the severity of a crime, making a level 5 battery crime a level 4 battery crime if bias or hate was found to be a motivating factor.

Opponents to such laws raise concerns about the number of protected characteristics there could be.

"We oppose a hate crimes bill on the grounds that it is divisive," said Al Parsons, of the Coalition of Central Indiana Tea Parties. "We believe it's un-American."

David Sklar, of the Jewish Community Relations Commission, said hate crime laws aren't exclusionary and can apply to everyone.