Father wounded in Indianapolis shooting calls for end to the violence

Klayton Franklin, a father of four with a son on the way, is bothered about the number of people in Indy who are being shot and killed by gun violence. 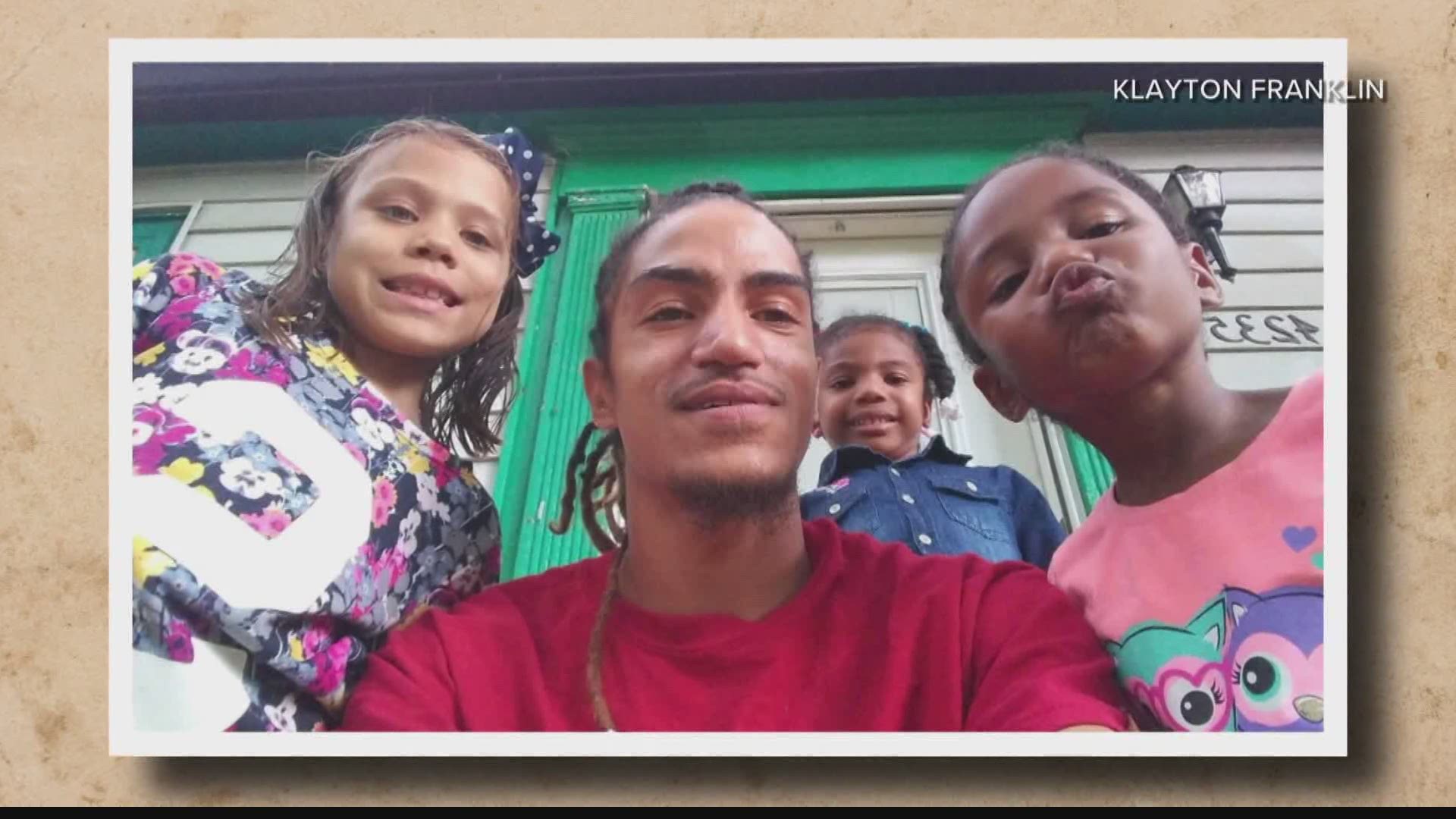 INDIANAPOLIS — An Indianapolis father and husband is speaking out against violence after surviving a violent shooting.

The shooting happened in August on North Chester Avenue and East Ninth Street. Klayton Franklin shared his message with 13News, saying it's not just about stopping the violence, it's also a message about hope.

Franklin is the father of four daughters and has a son on the way. He is bothered about the number of people in Indy who are being shot and killed by gun violence.

"We should be living in peace and harmony to the best of our abilities," said Franklin.

13News spoke with the recovering gunshot victim from his hospital room. Franklin urged people to stop the violence — especially young people who seemingly don't value life. Franklin hopes young people who are beefing with each other will learn better conflict resolution methods instead of solving their differences with weapons.

"Every life has value," said Franklin. "Every life, no matter what race or age or gender."

The 30-year-old was working on his brother's car Aug. 28. He told police someone in a car drove by twice before opening fire on him.

He believes the suspects in the car didn't like the way he looked at them as they drove slowly past his brother's home. One of the bullets fired from the car ended up hitting his shoulder, then passing into his head, right below his left ear, before exiting the other side, he said.

Franklin's wife, who is expecting, and four daughters took cover inside as his brother rushed him to the emergency room. Despite losing a lot of blood on the way to the hospital, Franklin survived. He kept thinking about his kids and his first son on the way.

"I am not going to have my kids grow up and say, 'My father died because of some idiot,'" he said.

Metro police questioned and arrested 20-year-old Rayion Matthews for the shooting. Marion County Prosecutor Ryan Mears filed charges against Matthews including felony battery with a deadly weapon and carrying a weapon without a license. Records at the Marion County Jail show that Matthews was released June 1, 2019 on an unrelated case after being arrested for misdemeanor battery and felony intimidation.

In court documents, Matthews admitted to firing at least once, but claims others were shooting as well. During questioning, he told the detective that he fired a shot to protect someone else in the car. Matthews also claimed at least four different people were shooting at their car.

The suspect vehicle didn't get away, due to being involved in a crash nearby after the shooting. IMPD detectives questioned several people and collected statements from a number of witnesses before arresting Matthews.

Franklin told 13News that he wants young people like his accused attacker to just stop the gun violence.

"God did not intend for us to run around killing each other," he said.

Although grateful to be alive, the shooting left Franklin with many challenges.

"It feels bad to ask people to help with money so I can make sure my kids have food to eat. I am the provider in my family, and I can't work because I am now injured. I don't like asking people to give my wife gas money because she feels like she has to come here to the hospital to see me to make sure I am OK," he said. "I am facing financial hardship because of this, because my wife is a full-time student."

He is still waiting to learn when doctors will release him from the hospital.