Britni Wihebrink, the mother of a 2-year-old Daleville boy who was found dead in a car Wednesday, has been arrested for neglect of a dependent resulting in death. 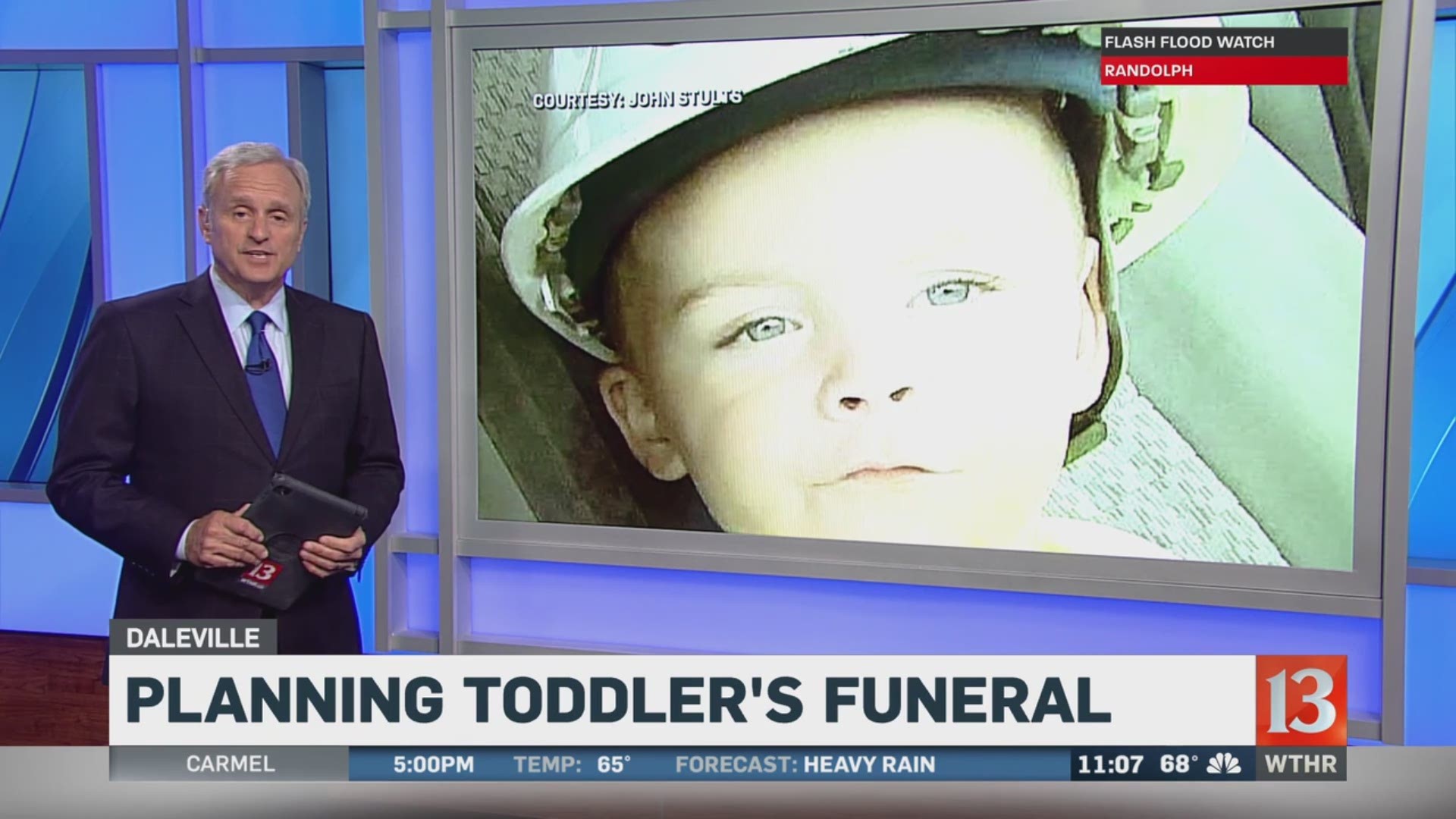 DALEVILLE, Ind. (WTHR) - The father of a young boy is now planning his funeral.

Jaxon Stults, 2, died after he was left in a hot car this week.

Eyewitness News spoke with his father on Friday. He says his world will forever be changed.

And Jaxon lit up whatever room he went into.

As we first reported on Wednesday, Jaxon's mother was arrested, accused of neglect of a dependent resulting in death.

Police believe she'd been drinking most of the day. When she woke from a nap, she discovered her son missing.

Daleville Police Chief James King told Eyewitness News officers found the boy inside a vehicle after receiving a phone call around 6:45 p.m. The car was parked at the Salem Place Apartments just east of I-69 on the south side of Daleville.

Chief King said the child had been in the car for two to three hours, according to our partners at the Anderson Herald Bulletin. A man across the street at the American Legion post heard about the child and tried CPR, but was unable to revive the boy.

Patterson rendered CPR until medics arrived, but little could be done to save him.

"It affected me," said Patterson. "I have two grown-up daughters and it really hits home and the fact I wasn't able to revive him. It wasn't on my agenda last night to give CPR to a young baby."

Stults was taken to IU Health Ball Memorial Hospital in Muncie, where he was pronounced dead. An autopsy revealed his cause of death as heat exposure.

"He was a sweet little boy," said Patricia Scott, who lives next door to the family. "Every time I saw him outside with her or his grandmother. That's why I don't understand who she would have left him in the car and not been outside with him."

Wihebrink told investigators she was off work Wednesday and started drinking around 11 a.m. She said she drank at least two wine coolers and three or four shots, according to court documents, and may have had more but doesn't remember. She said she'd started drinking so early to help relieve her hangover from the night before, admitting she has a bad drinking problem.

A friend told deputies he took Wihebrink's keys away from her at 11 a.m. Wednesday. She said she remembered laying down with her 2-year-old for a nap shortly after that. She got up after 3 p.m. to let her 10-year-old back into the apartment after school, then laid back down in her bed. She can't remember where the 2-year-old was at that point.

Her friend returned around 6:20 p.m., and neither could find the 2-year-old at that time. The friend's 15-year-old son found the 2-year-old on the back floorboard of Wihebrink's car, where officers say they found him around 6:45 p.m.

Deputies arrested Wihebrink around 1 a.m. Thursday. She is being held at the Delaware County Jail without bond.

Thursday, family members on the boy's father side came to the apartment and left a small memorial in Stults' memory.