Family of mother, girls killed on I-465 releases statement

Bruce Pollard was arrested and preliminarily charged with three counts of reckless homicide and and five counts of criminal recklessness. 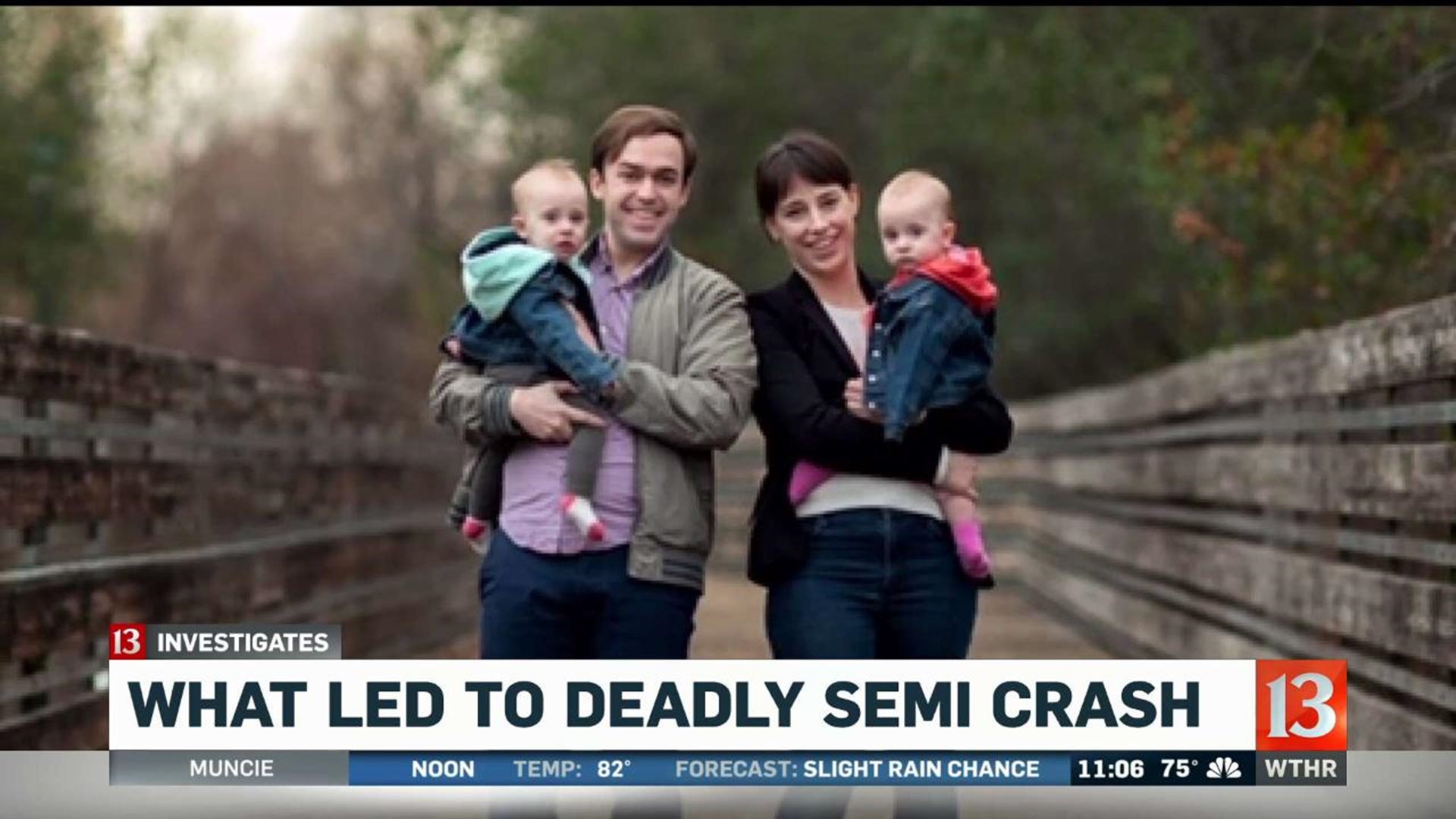 INDIANAPOLIS (WTHR) — Court documents reveal new details in the crash on I-465 Sunday that killed a mother and her twin daughters and injured several others.

The victims were 29-year-old Alanna Koons and her 18-month-old twin daughters June and Ruby. Their family is asking for privacy but released the following statement:

"At this extremely difficult time we would like to express our gratitude to all of those who have reached out to our family following the tragic loss of Alanna, June and Ruby. They were all loved dearly by their family and friends, and they will be greatly missed. We are broken-hearted by their loss but sustained by our faith. We believe in a loving Heavenly Father who comforts his children in the midst of their most painful trials. We are steadfast and confident in knowing that our family will be reunited in the life to come. We thank the police, other first responders, friends, family and the media for their kind words about these wonderful girls and their mother. We trust you will allow us private time to mourn."

A GoFundMe account for Koons' husband has been setup to help pay for funeral costs and other expenses.

Before Alanna was a mom, she was a volunteer at the Garfield Park Art Center.

"She worked with kids and she was really great with them," Sarah Norman said.

Although it's been years, Norman, who coordinates volunteers for the center, can't forget Alanna's passion for art, children and having fun.

"Those were some crazy events with hundreds of people. She always jumped right in. She was super enthusiastic," Norman explained. "She had a big impact, a big heart and it is just a tragedy."

Credit: ISP
Bruce Pollard has been sentenced to 9 years for a fatal crash on I-465.

Court documents filed Tuesday provide new information and insight into the deadly weekend crash. According to police, Pollard denied doing anything wrong and when faced with the evidence, showed no remorse.

After his semi crashed into traffic, killing two toddlers and their mother and seriously injuring seven other people, "Mr. Pollard did not have any remorse" state police said in court documents. "Mr. Pollard was only concerned for his belongings, medicine and what hotel that we are dropping him off at."

Instead, the Missouri truck driver was booked into the Marion County Jail on charges or reckless homicide and criminal recklessness.

At first, Pollard claimed "... a white vehicle cut him off and hit hit the brakes to avoid the white car...." and that "...he was only going 30-35 miles an hour and was not going any faster than that."

According the probable cause affidavit, that so called "black box" revealed the truck was traveling 65 mph in a 45 mph construction zone and "...the red semi did not brake until the vehicle struck the silver Ford."

Later, during his interrogation, the affidavit said Pollard told investigators he knew what happened. He was reaching for his iced tea to drink and when he looked up he saw traffic had stopped" and "did not mean to strike other vehicles."

The probable cause doesn't include the results of blood tests, done to determine whether alcohol or drugs may be involved. There is no information on how long Pollard had been behind the wheel and if driver fatigue could be a factor.

The truck driver is now in jail awaiting his initial hearing, which is scheduled for later this week.