Ayoubi's family say he drove into the Lakeview Crossing at Eagle Creek apartments to get away from the other driver but the road rage shooting resulted in his death. 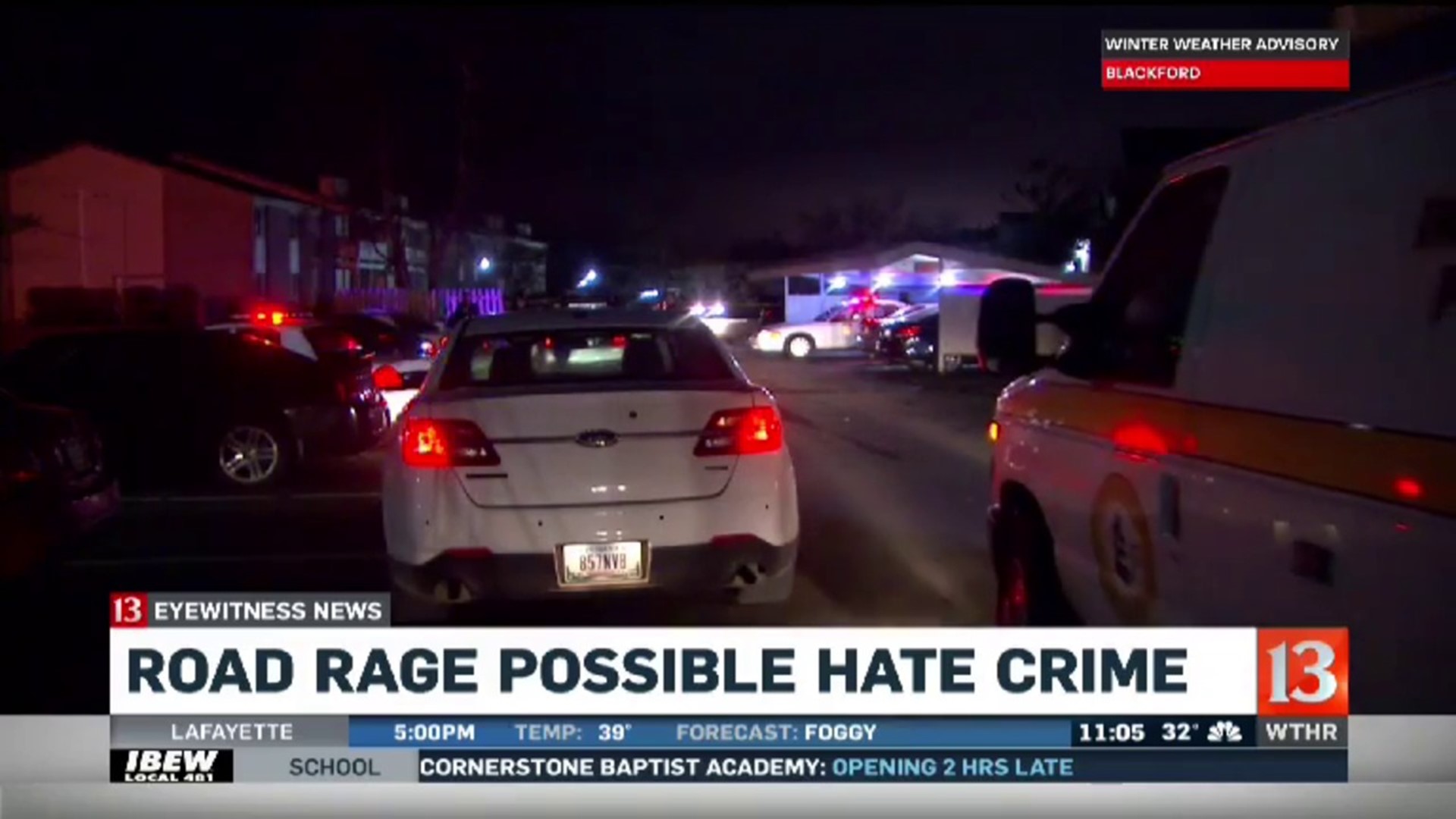 INDIANAPOLIS (WTHR) — Officers who investigate homicides for the Indianapolis Metropolitan Police Department tell Eyewitness News that a deadly weekend shooting started with road rage on I-465 and ended about a mile away.

The family of Mustafa Ayoubi shared their favorite photograph of him with Eyewitness News. In the photo, the 32-year-old couldn't have been happier after just winning a huge trophy in his cricket tournament.

Metro police believe sometime before 8 p.m. Saturday, Ayoubi drove southbound on I-465 on Indy's northwest side. Then, just before the West 38th Street exit, the road rage started, according to police.

Ayoubi's family told Eyewitness News he drove into the Lakeview Crossing at Eagle Creek Apartments to get away from the other driver.

“I said to him respect, please respect, go away, please go away,“ said Niraj Bhatt, a friend of Ayoubi.

Late Monday afternoon, witnesses told Mustafa Ayoubi's family about racial slurs that were made after the road rage incident.

Dr. Usman Ashraf said, “The guy that was in the car that was the shooter, he was screaming obscene words, saying Muhammad is a pedophile, Muhammad is, you all are, you follow worse kind of people, you follow Muhammad, he was saying a lot of bad words about Muhammad.”

“Without giving any warning, he just started shooting. Mustafa turned around. He started running and instead of shooting him once or twice, he emptied the whole clip on his back. While he’s running away. He’s running for his life,” said Ashraf.

A statement from Metro police says shortly after 8 p.m. the other driver shot and killed Mustafa.

Officers arrested 33-year-old Dustin Passarelli of Plainfield on a pending charge of murder.

Part of a statement from Mustafa Ayoubi's family to Eyewitness News reads:

"He was a victim of a hate crime. He died because someone believed that he did not belong in the USA and he was a foreigner. Mustafa was an American!"

Since the incident reportedly started on the interstate, police believe people in the area at the time may have witnessed the road rage.

Mustafa’s family says that they just want justice for their loved one.

Police officers are still looking for witnesses to the road rage behavior.

Friends told us Ayoubi emigrated from Afghanistan in 2001, became a U.S. citizen and graduated from IU's Kelley School of Business.

If you have any information that could help, call Crime Stoppers at 317-262-TIPS.