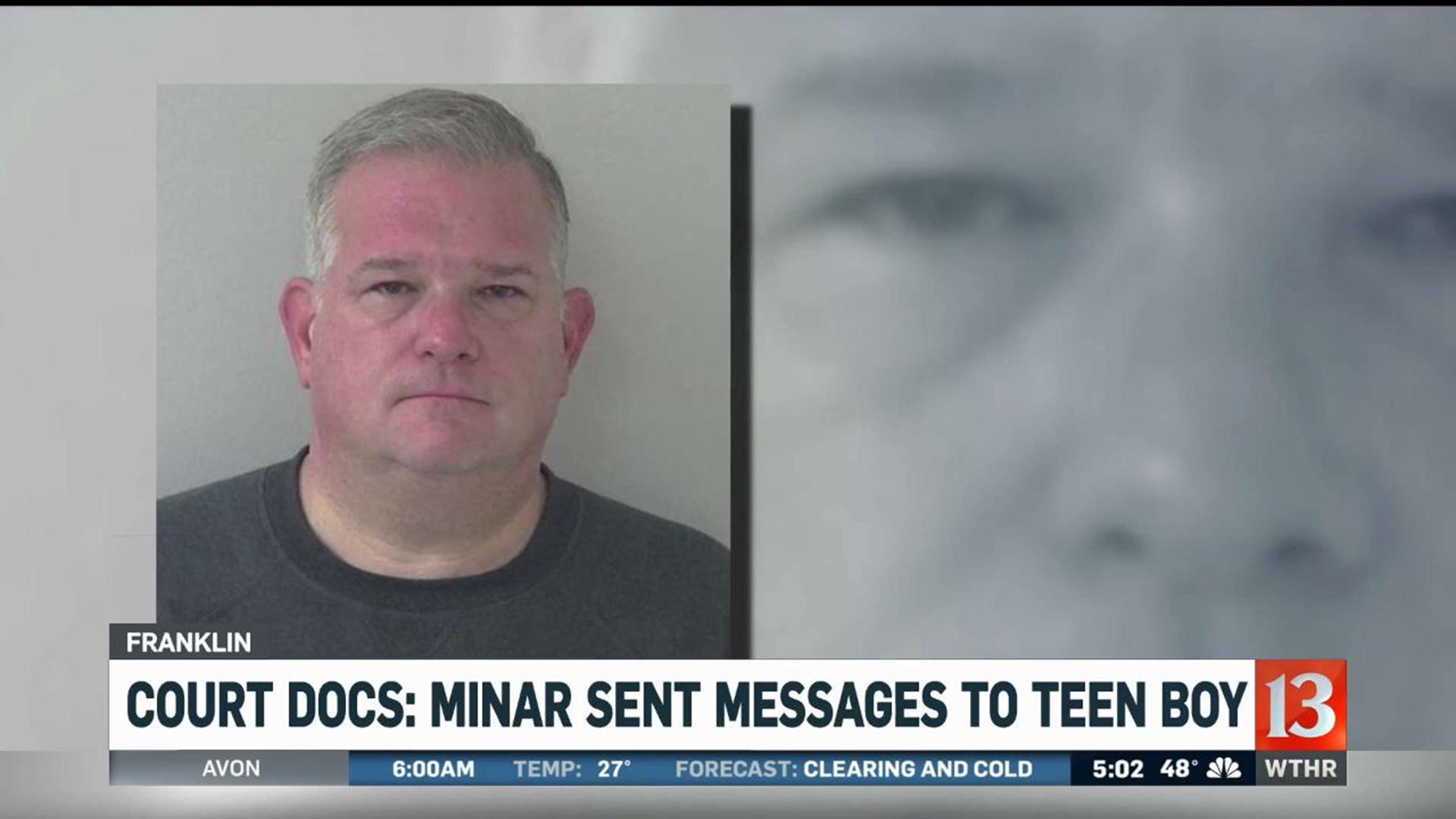 FRANKLIN, Ind. (WTHR) — The criminal complaint against the now former Franklin College president has been released.

The document reveals messages sent on a popular app between Dr. Thomas J. Minar and what he thought was a 15-year-old boy.

The profile of the 15-year-old was actually being handled by a police officer with the Sturgeon Bay Police Department.

In the messages shown in the court documents, Minar acknowledges when the person he is chatting with says he is only 15. Minar then asks questions about the boy's body, underwear and groin before arranging a meeting.

Officers arrested Minar at a McDonald's and he tells officers that he knew the person he was chatting with was 15 years old. Minar then claimed that he likes making friends and that he was not looking for “sexual things.”

According to the documents, Minar said he was a "distinguished person" working in higher education and denied that anything sexual would have happened with the 15-year-old.

Minar stated that he thinks young gay people need “resources” and “non-sexual affirmations and mentorship and role models” and this was probably a “misguided way to provide an opportunity.” Minar said he often talks to young people about education. ​Minar said that the purpose of his "fantasy chat" with the 15-year-old was "sexual curiosity."

Minar is facing charges of Child Enticement, Use of a Computer to Facilitate a Child Sex Crime and Exposing a Child To Harmful Material.

He has bonded out of jail.

After learning of the charges, Franklin College terminated Minar and released a statement reading in part:

"The safety of Franklin students is always our highest priority. To that end, the College has launched an investigation concerning Dr. Minar’s conduct while President. While there are systems already in place, additional resources will be engaged to continue to provide our students a safe, confidential means to report incidents of inappropriate behavior."

The college is cooperating with law enforcement in Wisconsin and knows of no other incidents.

Minar announced in June 2019 that he would be stepping down as president of Franklin College effective June 30, 2020.

The Franklin College Board of Trustees appointed Kerry Prather as acting president of the college on Monday.

Prather, who has served Franklin College for 37 years, has been director of athletics and head men’s basketball coach.