Police: Women who took $14K worth of goods from Edinburgh outlet mall caught after I-65 chase, crash

The theft was the second shoplifting report of the day at the Indiana Premium Outlets. 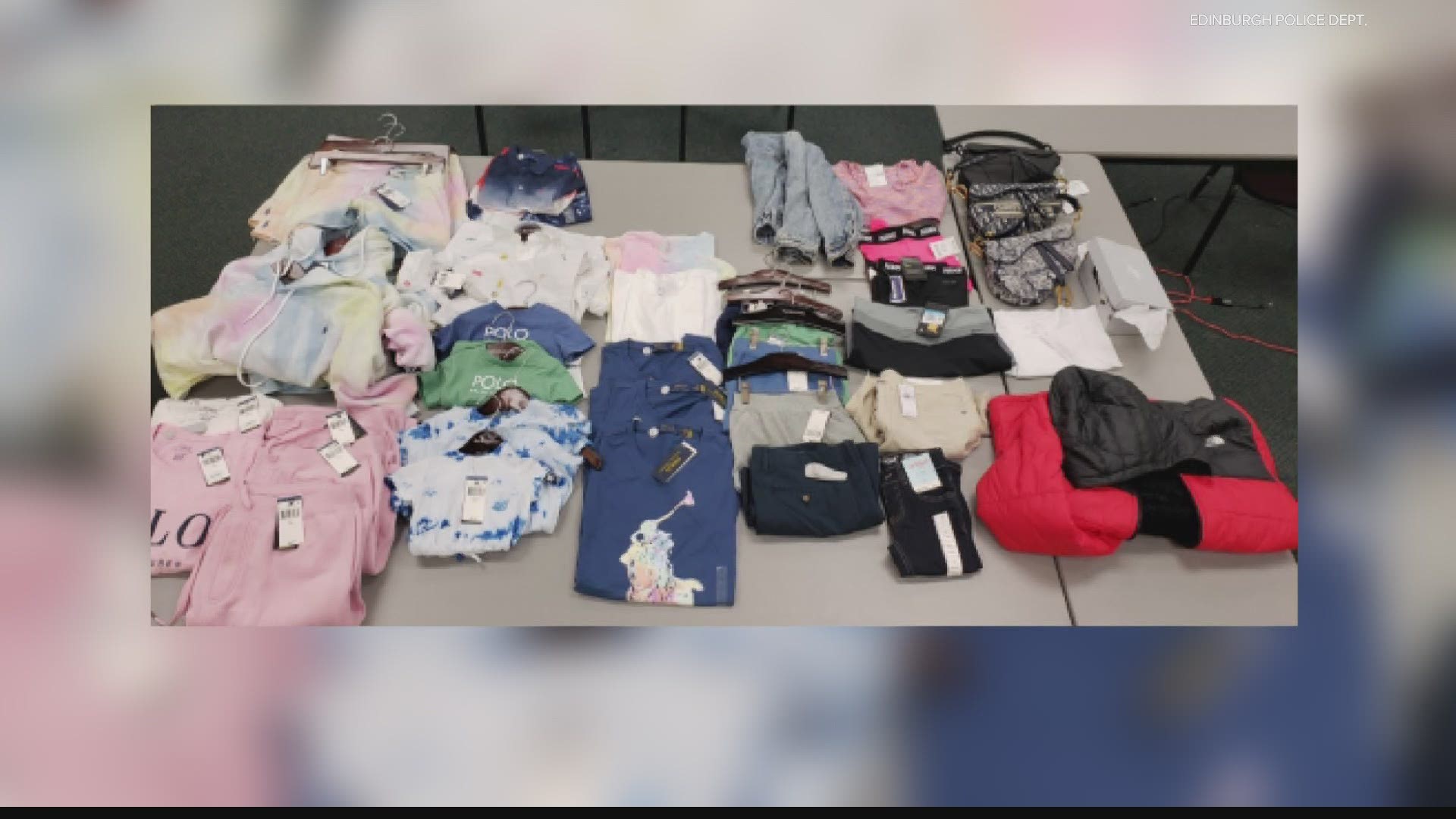 EDINBURGH, Ind. — For the second time in about two weeks, police recovered thousands of dollars worth of merchandise stolen from an Indiana outlet mall.

Police in Edinburgh responded to a report of a theft at the Tommy Hilfiger store at Indiana Premium Outlets around 12:30 p.m. Wednesday. Employees told police a woman and her husband came into the store and purchased several items.

When the woman, later identified as 46-year-old Latrice Dudley of Harvey, Illinois, started to leave the store, security alarms went off. She then refused to let employees check her bags for security sensors that may have been left on items. Workers said Dudley then started to cause a disturbance and left the store when police were called.

After she drove off, several items of stolen clothing valued at $109 was found in the parking space where she had been parked. Edinburgh Police Chief Doyne Little spotted Dudley's car on Interstate 65 and pulled her over near the 84-mile marker.

She was later taken into custody without further incident.

Just hours later, police were called when two women ran out of the Polo Ralph Lauren store with handfuls of stolen clothes. A customer followed the women out and took a picture of their vehicle, a Kia Optima with a temporary license plate and a missing piece of chrome.

Indiana State Police were notified and troopers spotted the vehicle on Interstate 65 south of Edinburgh. A pursuit ensued and the driver of the suspect vehicle crashed near the 33-mile marker, north of Scottsburg.

The suspects, 20-year-old Jernithia Bell of Madison, Tenn. and 22-year-old Tatyana Burgess of Hopkinsville, Ky., were arrested at the scene of the crash and later identified by employees of Polo Ralph Lauren as the theft suspects.

Police gathered more than $14,000 worth of stolen merchandise from the vehicle.

All three suspects are being held on preliminary charges.

Late last month, local and state police caught up with the suspects in several thefts from the outlet mall, recovering more than $14,000 in stolen items that day, as well.