An Indianapolis pastor has plans to improve their security and safety after a burglar preyed on their church. 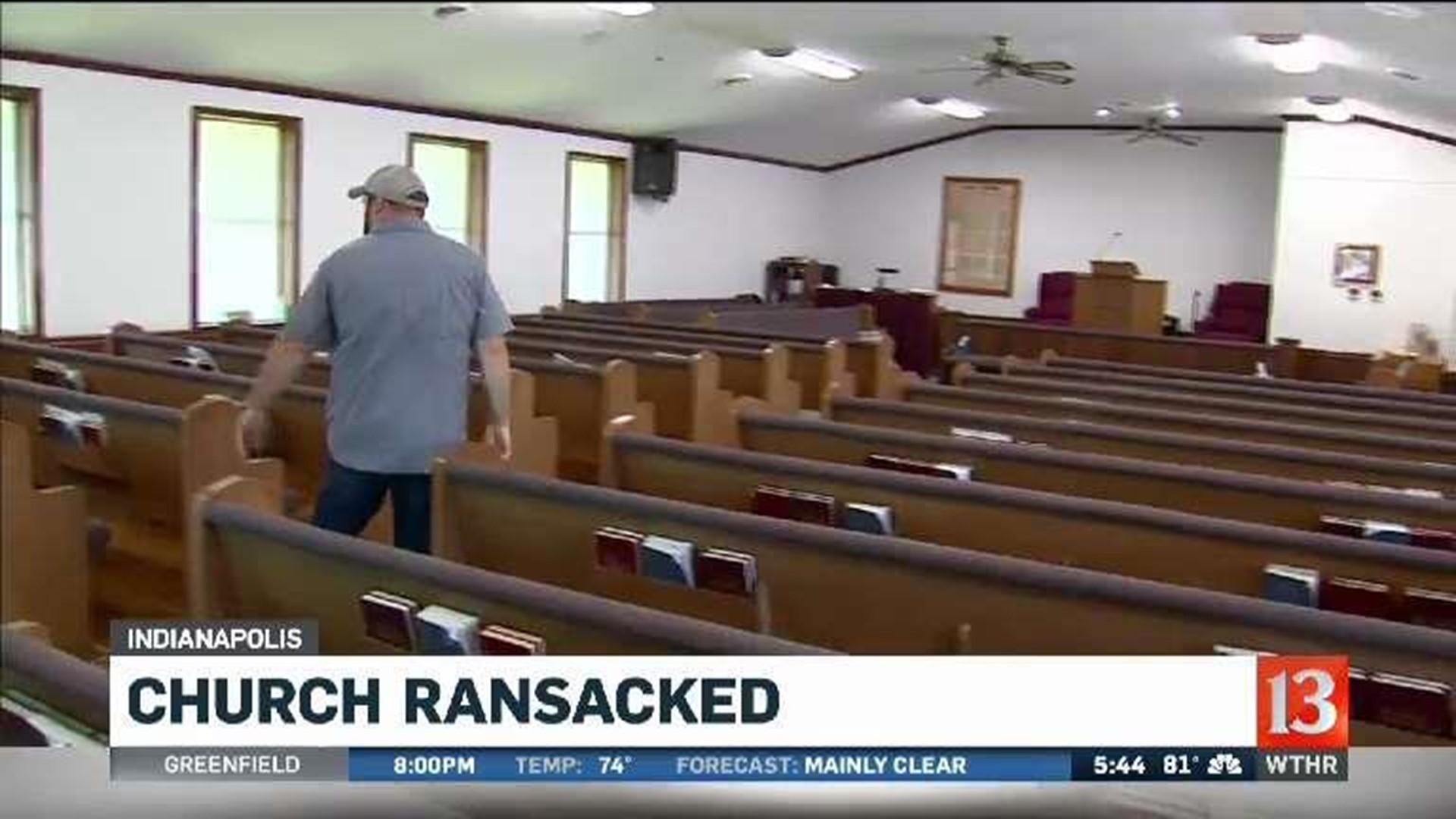 INDIANAPOLIS (WTHR) - An Indianapolis pastor has plans to improve their security and safety after a burglar preyed on their church.

That's because when he and his members showed up for bible class at Southside Missionary Baptist Church on East Sumner Avenue, they found it ransacked.

Pastor Andrew Horton said someone broke into the church sometime between Sunday morning service and Wednesday bible class. He believes they broke through one of the windows near the handicap ramp.

"It looks like they pulled it off and by great means of force," said Horton.

Horton showed Eyewitness News the window and shared photographs of the mess they left behind once inside.

"Whoever was here likely just didn't come in, they were moving around for a while," said Horton.

He's been a member of the church for years but has only been pastor for about the past 5 years. When they discovered the break-in, they were actually preparing to meet to talk about the future direction of the church, including discussing expenses to make the building more secure.

The church was started more than 50 years ago. Horton wants to make much-needed upgrades as soon as possible, but like with any small to medium-size non-profit, it requires money and a good budget.

The burglar not only ransacked the church but also rummaged through some of his members' belongings left on the pews.

Horton suspects the burglar, who also ransacked the basement, was on a mission to find cash. They don't leave cash on the property, but that didn't keep the suspect from searching almost every nook and cranny during the break in.

The thief even checked their offering table for something to steal.

"When you pull the table out it has these doors behind it," said Horton. "When we got here, the table was actually moved out and a lot of this was pulled out from the table, so yes, that was kind of the inclination that we had, that a lot of it was just looking, looking for whatever they could find."

Powder residue remains on the window where a Metro evidence officer dusted for the suspect's fingerprints. The culprit may have also left behind other evidence, like a pair of ear buds.

Horton suspects the burglar may have been a teen or young adult. He's hoping that several families in the neighborhood with home security cameras can help provide video of the suspects.

He calls the entire situation a learning experience that could even offer lessons about love and forgiveness and an opportunity to help someone who is in so much need they've turned to breaking into a house of God.