A Hamilton County diving coach has been arrested on multiple charges of sexual misconduct after a girl says he touched her inappropriately. 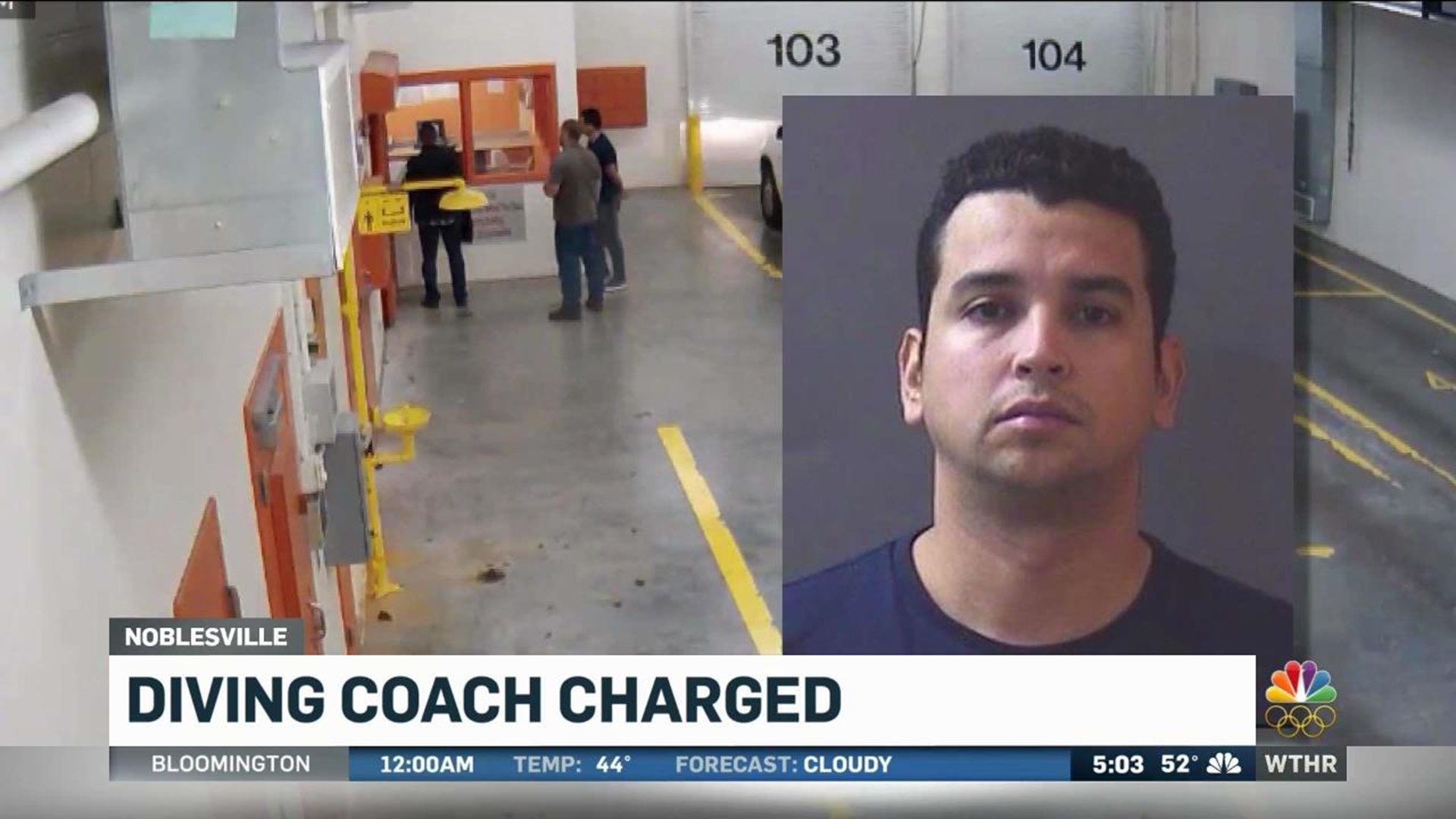 NOBLESVILLE, Ind. (WTHR) - A Hamilton County diving coach has been arrested on multiple charges of sexual misconduct after a girl says he touched her inappropriately.

On Tuesday, the Hamilton County Metro Child Exploitation Task Force arrested Johel Ramirez Suarez. He is charged with 32 counts of sexual misconduct with a minor, child seduction and battery.

Police who arrested him Tuesday allege the sexual abuse began 2 years ago. The youngest of the 3 victims was 15 years old.

“I am not going to go as far to say where on the scale of egregious this is, but any sex crime like this is substantial,” said chief deputy prosecutor Andre Miksha.

Ramirez Suarez, 34, was a coach at the RipFest Diving Camp in Arcadia. The youngest victim told police Ramirez Suarez rubbed her genitals “when he would stretch and massage her after a workout.”

It happened, she said “more times than I could count," sometimes it would be “really bad.”

Two older former members of the camp described similar incidents to police. According the probable cause affidavit, one said Ramirez Suarez asked several times “do you like that?”

Speaking through an interpreter in court, Ramirez Suarez said he understood the charges.

According to court documents, he admitted touching one of the older victims and telling police “each time I wanted to see what kind of reaction I would get.”

The judge agreed with the prosecutors request to hold Ramirez Suarez in jail on a $250,000 bond.

Ramirez Suarez was also an assistant diving coach for North Central High School. The Washington Township school district says he’s been fired and that there aren’t any reports of students there being involved in any misconduct there.

"When we were made aware of allegations against one of our coaches, we immediately removed him from our program and instructed him not to return to our facility pending the outcome of the investigation. In light of recent developments, we have terminated him immediately," Roger Harvey, a spokesperson for RipFest said in a statement to WTHR.com. "We have cooperated fully with law enforcement and we will continue to do so. RipFest Diving is committed to providing the highest quality training for our diving students in an extremely professional and safe environment."

Anyone with information should contact the Hamilton County Metro Child Exploitation Task Force.