Metro Police are dealing with a rise in delivery drivers getting robbed at gunpoint. 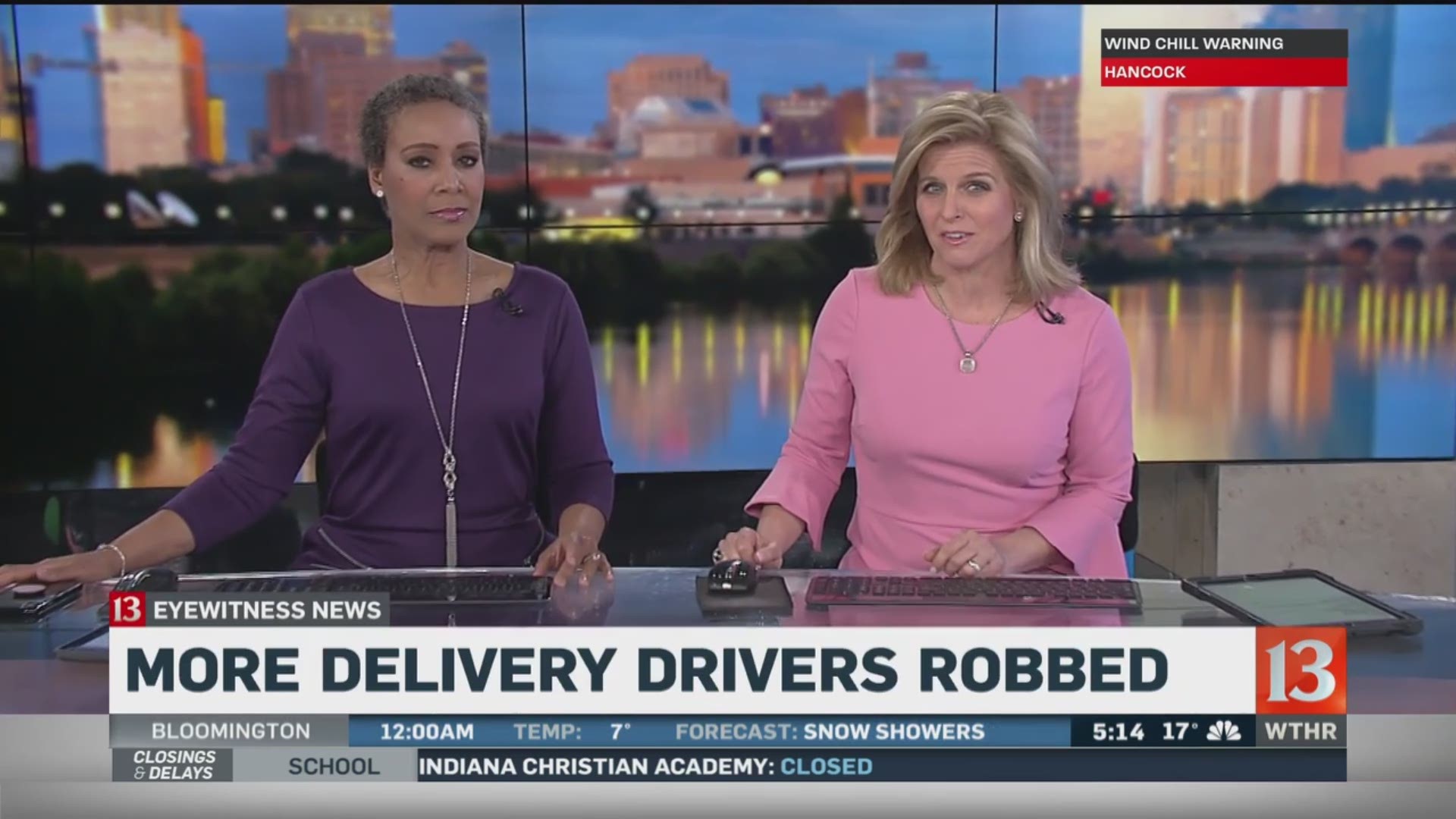 INDIANAPOLIS (WTHR) – What’s supposed to be a simple and safe job is turning out to be a dangerous one in our city.

Metro Police are dealing with a rise in delivery drivers getting robbed at gunpoint.

One of the robberies happened on Camwood Lane on Indy’s northwest side.

A fake pizza customer lured the delivery driver to Cambridge Square Apartments only to pull a weapon and make demands.

The victim, Mohammed Konte, has delivered fast food since 2003 for extra income.

The 41-year-old delivery driver showed an Eyewitness News crew the spot where a fake customer lured him Saturday afternoon.

Since it was broad daylight and other people were outside at the complex, Mohammed didn’t fear anything dangerous happening to him.

He arrived in the Cambridge Square Apartments with a pizza around 2 p.m. His potential customer wanted him to get out of his delivery van. But Konte had a gut feeling something wasn’t right.

“They were sitting on top of the car and they called me to come there, I said 'No, You come here.' Then the guy with the gun said 'Come here.' I said 'No, you pay me here.' Then I called my boss and said call the police they are trying to rob me,” said Konte.

By that time, the robber had his gun in Mohammed's face demanding the pizza, his cell phone and even tried to get his wallet.

This all went down with about a half dozen people outside the complex within talking distance near his delivery van.

“He said give us the pizzas. The pizza was right here. I took it from the bag and gave it to them," said Konte. "Give me the phone? I gave him the phone. He said wallet? I said I don't have a wallet."

His two attackers fled on foot and disappeared before police arrived on the scene. Officers searched the area but didn’t find anyone fitting the descriptions.

Unfortunately it's déjà vu for Konte because a few weeks ago someone robbed him just down the street inside the Ashford Meridian Hills Apartment Homes.

Now since Konte is one of eight food delivery robbery victims in January alone, he has a plan to try to stay safe.

“I will make sure I call them before I go," said Konte.

IMPD robbery detectives are investigating at least eight fast food delivery robberies that have all happened in January 2019 so far. There are other unsolved robberies of the same nature from 2018.

If you have any information about people attacking fast food delivery workers, you can call Crime Stoppers anonymously at 317-262-TIPS.

All calls to the tip line are confidential. If your tip leads to an arrest, you will receive a reward of up to $1000.