The Bartholomew County Sheriff's Department has suspended three deputies for failing to properly serve a detention order on a veteran suffering a mental health emergency. 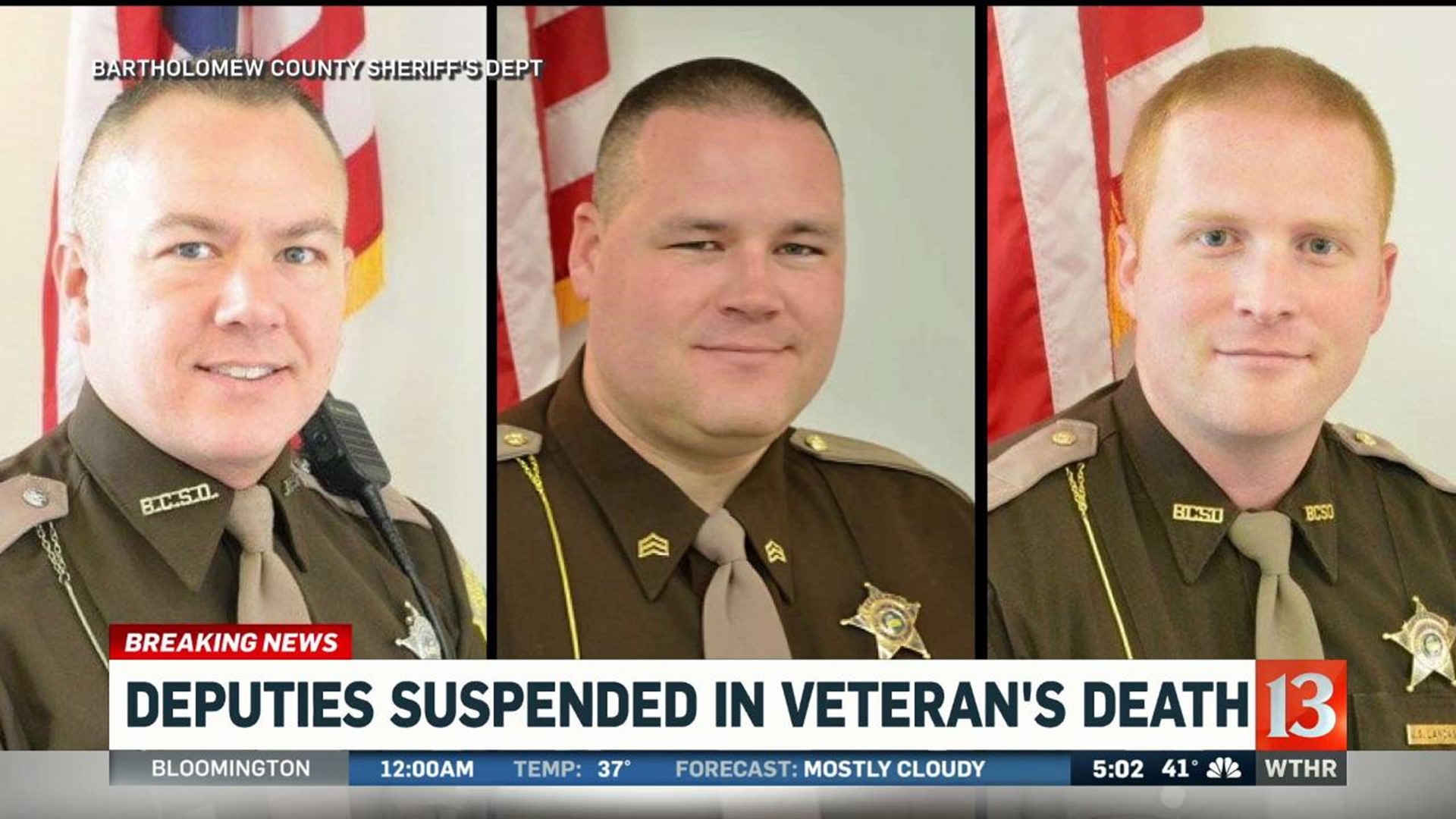 Air Force veteran Derek Henderson, 38, was killed the same night he was supposed to be taken to a VA hospital.

Local law enforcement came to a home three times on Jan. 3 looking for Derek Henderson. But despite an emergency detention court order, the mentally troubled veteran was never taken into custody.

An investigation found that three deputies had seen and talked with Henderson, but when he refused to leave his home or allow the deputies in they left.

According to Sheriff Matthew Myers, the deputies should not have left until Henderson was detained as directed by the emergency detention order.

Henderson served in the Air Force in Afghanistan and was a certified personal trainer.

His family said he suffered a long battle with mental health disorders and had worked with doctors from the Department of Veterans Affairs to get a court order in Bartholomew County for him to be admitted to a mental health facility.

Lt. Gary Knoef, Sgt. Jason Lancaster and Sgt. Jason Williams have all been suspended for 15 days without pay.

Henderson's family tells Eyewitness News that they are glad the sheriff has taken action, but hope law enforcement receive more training on how to deal with people with mental health disorders, especially veterans.