From fielding tips to fast-tracking evidence, law enforcement in Delphi are working around the clock to catch the killer of Libby German and Abby Williams. 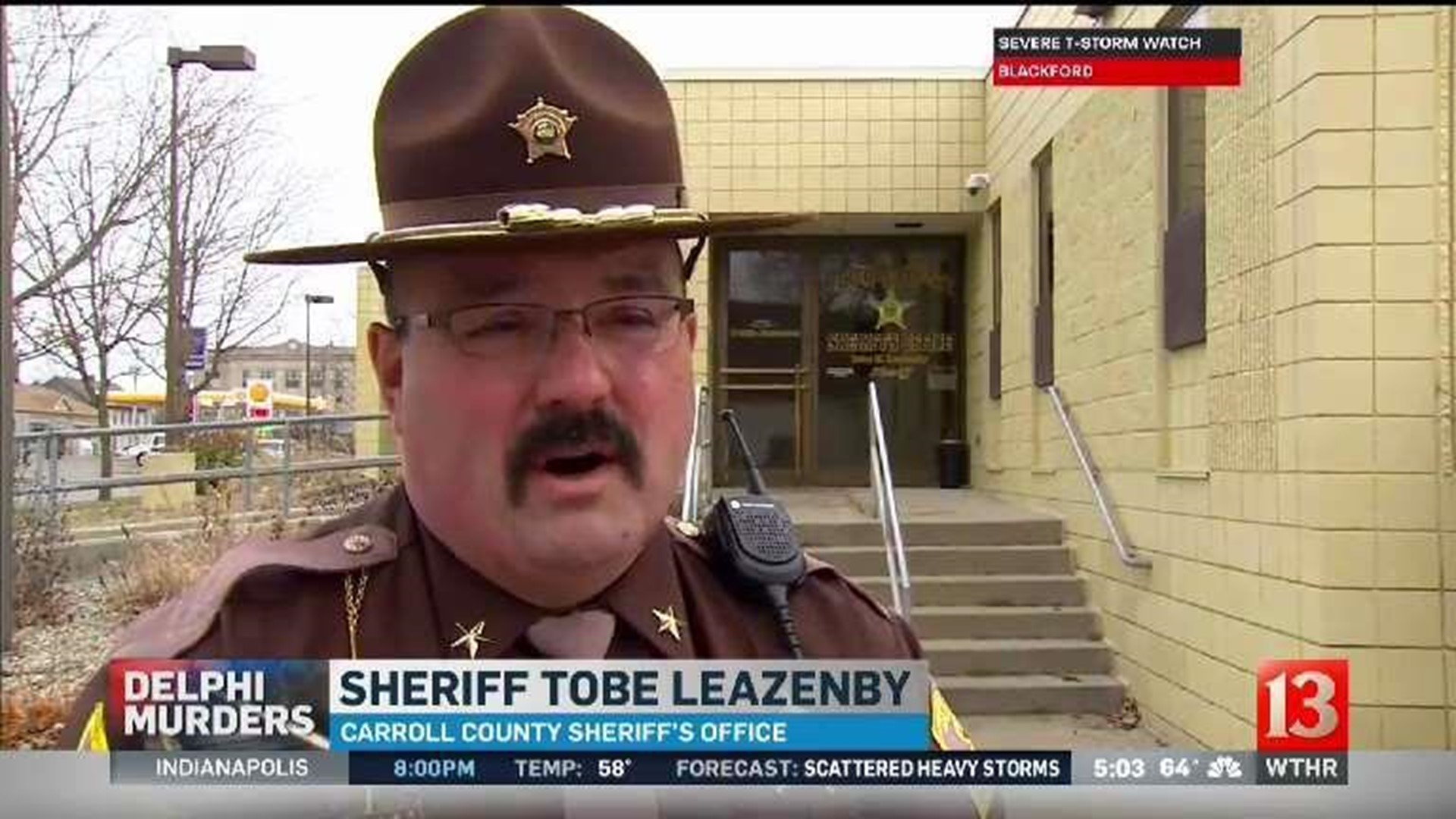 DELPHI, Ind. (WTHR) - From fielding tips to fast-tracking evidence, law enforcement officers in Delphi are working around the clock to catch the killer of Libby German and Abby Williams.

We talked with Carroll County's top cop about how the investigation is progressing, and how they're managing under such a big microscope.

It is Day 11 since the bodies of Abby and Libby were discovered not far from here off the trail in a nearby park. Even though city, county, state and federal law enforcement are all working out of the command center, Sheriff Tobe Leazenby is still in charge and he's grateful for the tremendous resources.

"Unlike anything I've seen and I've been at it for 30 years and I've never seen this. It's positive, there's a lot of energy going on in and out of the building," said Leazenby.

And Leazenby says as quickly as investigators gather evidence, it's fast-tracked through the state crime lab.

"Unlike any other teams in the state of Indiana and not to take away from anyone else this case, but this one is a high priority," said Leazenby.

And that sentiment is not lost on those who live here in Delphi and the surrounding Carroll County area.

"We just want to keep encouraging everyone nationwide through the road signs and tip line and just anything you might know, please call it in because we want to make sure these people are brought to justice for Libby and Abby's sake," said Ben Gleason, friend of Libby German's family.

Since Thursday when, the Delphi Murder tipline that was running through ten phone lines in the upstairs of the Delphi Municipal Building has been re-routed to Washington DC and the FBI Major Case Contact Center where 150 people can monitor the phones.

In the last 24 hours, more than 1300 tips have rolled in by phone and another 400 by email. But as those tips come in and are checked out, the sheriff says don't expect to hear too much.

"When were at the end of the day with us, we're going to end up in this building over here at our county courthouse with this case, and so from our perspective we have to make sure we got it right because it only takes one small spark, one missed clue and we lose the case so that's what we're doing at the command center making sure that we do have it right," said Sheriff Leazenby.

The sheriff says they feel like those responsible may be watching the news and following the coverage and they don't want to release anything that may tip their hand on how much they know and what kind of evidence they've collected.