It's old fashioned police work, talking directly to people about what they might have seen lately. 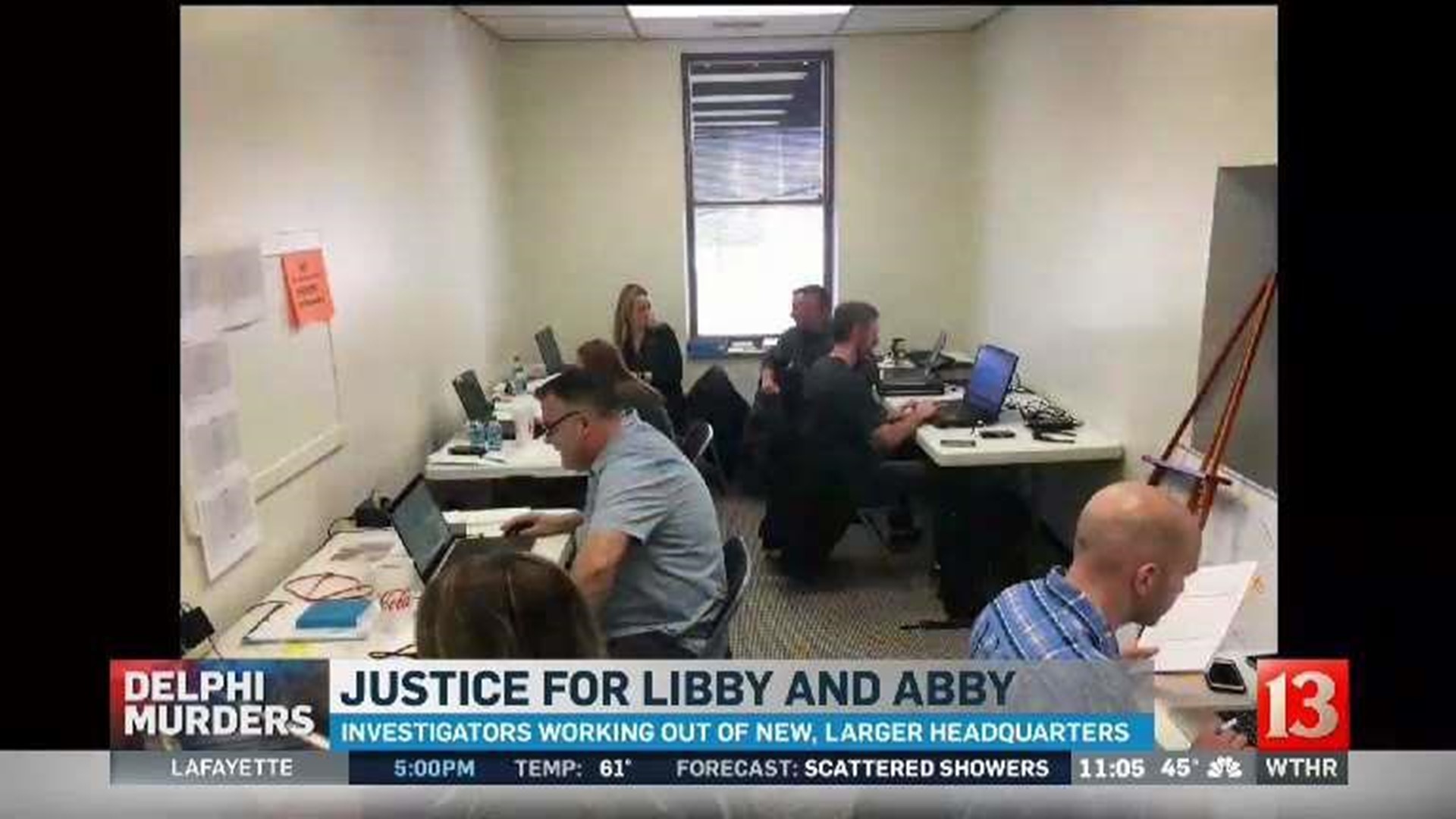 DELPHI, Ind. (WTHR) - The roadblock signs we saw today in Delphi are still up, but tonight they're lighted. It's old fashioned police work, talking directly to people about what they might have seen lately.

Officers reached out personally to drivers, asking if they had seen the man in a photo, and whether they say anything unusual two weeks earlier.

And there are new flyers out, aimed partly at the area's Amish community, who would likely not see television news or read social media posts about the murders of Abby Williams and Libby German.

The flurry of activity extends to the new task force headquarters, operating in its first full weekday. It moved from the police station down the street, where there wasn't enough room there for the 100-plus officers from 20 agencies now working the case.

"We hope it shows the people of the community that we are committed to solving the murders," said State police Sgt. Tony Slocum. "We are here for the long haul."

Over the weekend, the call center fielded 1,000 tips, making the total tips received so far over 8,800. They come in phone calls and emails.

And something else came in: a stack of envelopes. Inside, donations to the State Police Alliance for the reward fund, which is now at $96,000.

Between taking calls and emails and assigning officers to track down tips in the field, the call center is a 24-hour operation.

"Officers just want to solve a murder as quickly as possible but as we move into the new office I see a renewed vigor on the part of all the officers in this case. They want to get this solved," Slocum said.

As police get tips, they decide which are most credible and then track those down. It takes a lot of time but they want those tips called in.