There are new developments and a much bigger reward that could help police get answers about who killed two teenage friends in Delphi earlier this month. 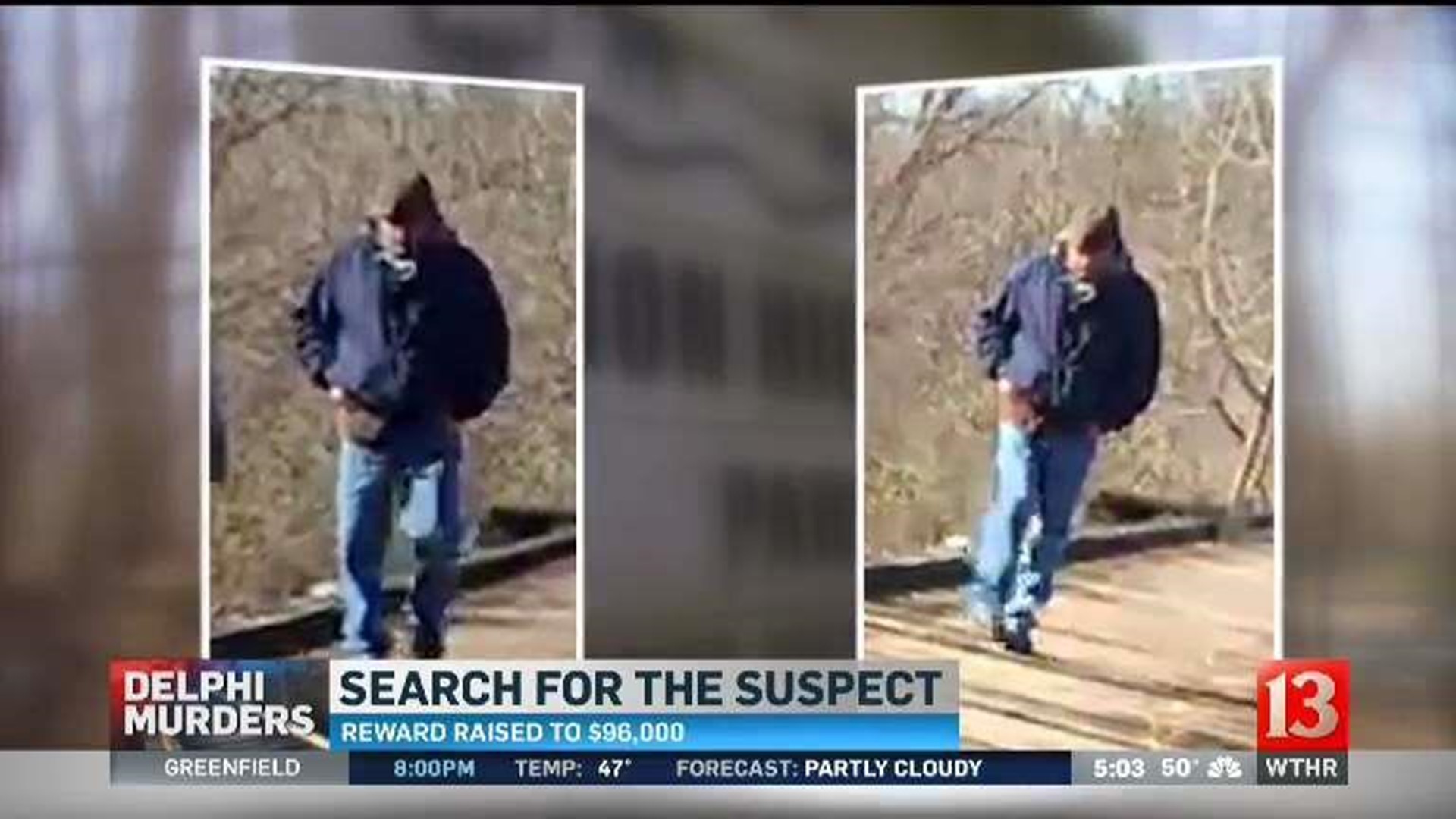 DELPHI, Ind. (WTHR) - For almost two weeks, Carroll County has been asking who killed Libby German and Abby Williams. There are new developments and a much bigger reward that could help police get answers.

On Monday, the reward for information jumped to $96,000 and investigators changed tactics in their hunt for their prime suspect.

State police set up roadblocks just outside of Delphi near where the girls were found murdered.

"You have a tip or information? Please give us a tip or call as soon as possible," a trooper asked a driver. "I wish I did, I'd tell ya," the man replied.

"He kinda looks familiar," another driver said while looking at a wanted poster.

In the two weeks since Libby and Abby were reported missing, the investigation has grown to include more than 100 detectives from 20 law enforcement agencies. Nine-thousand tips are keeping them busy.

Police haven't identified their prime suspect. He's the man in a now familiar, but fuzzy, photo taken by Libby just before the girls were abducted and killed.

While detectives track down leads, some people are taking matters into their own hands. They are posting pictures and names on social media of men they think look like the suspect.

Ron Logan's picture appears alongside of that picture of a suspected killer.

The girls' bodies were found on his property. Logan says detectives quickly cleared him, but since his photo appeared online, he's been watching his back.

"Someone could come by here and shoot while I am in my yard, thinking, 'Oh, I just did the world a favor'," he said.

Right now, the only favor police want is the tip that leads to their suspect's name or location.

Over the weekend, they moved out of Delphi's town hall and into a vacant building on the edge of town. It's bigger and better equipped to handle so many police officers and there is more parking.

Police also see it as a sign to the community that investigators are committed to however long it takes to solve this crime.