The community of Delphi is preparing for visitations and funerals for the two girls found murdered in the woods this week while police try to find their killer. 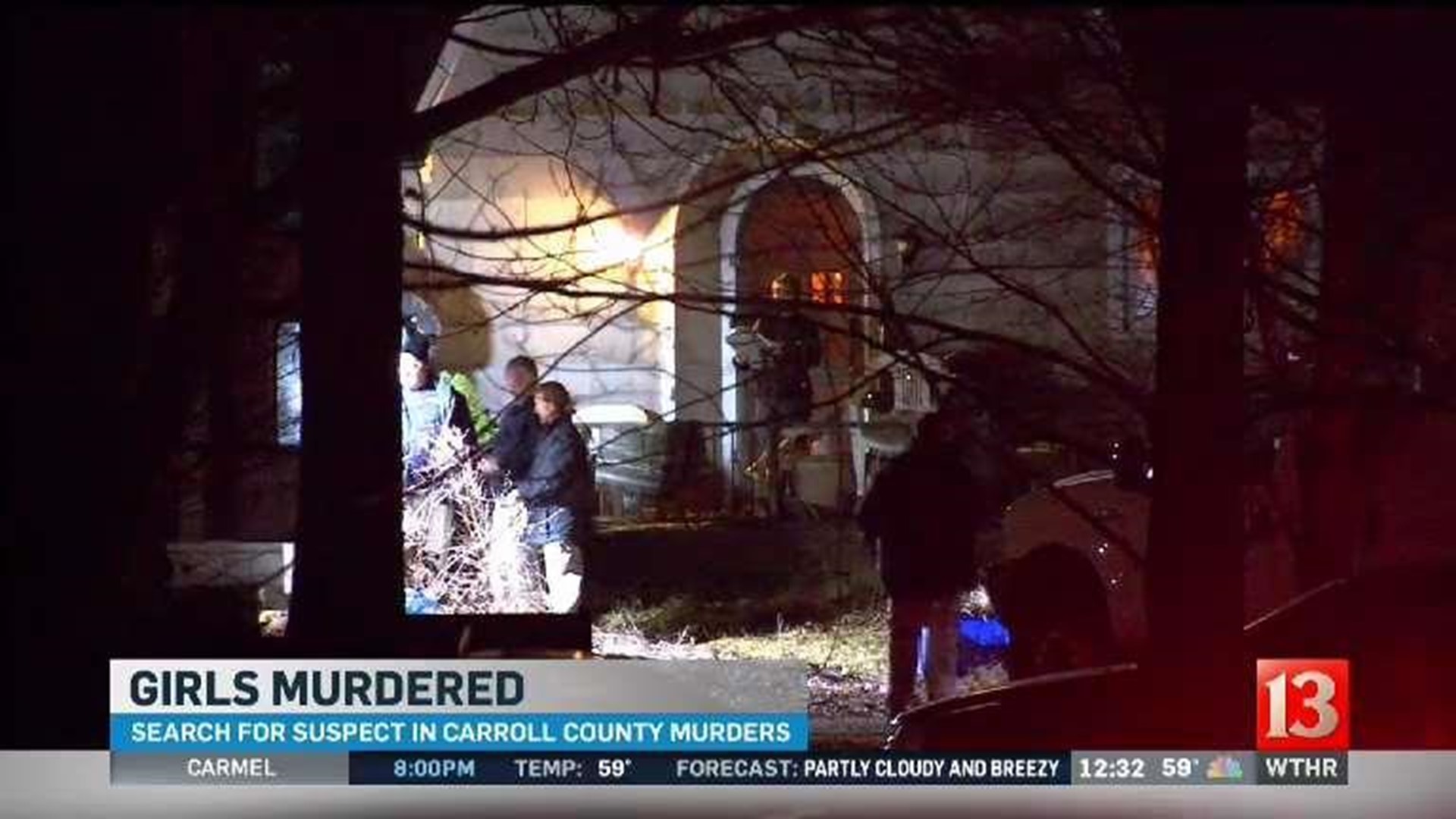 DELPHI, Ind. (WTHR) - The community of Delphi is preparing for visitations and funerals for the two girls found murdered in the woods this week while police try to find their killer.

Liberty German and Abigail Williams disappeared Monday while hiking along the wooded trails outside Delphi. One of the hundreds of volunteers searching for the friends discovered their bodies in a remote area about 50 feet from the banks of Deer Creek.

After allowing media inside the crime scene Thursday, police closed it back off Friday so they could scour it again for clues.

Police served a search warrant on a home a few miles outside of the city Thursday night. They were there for hours. State Police say they were acting on a tip, but they did not find anything significant to the investigation and no arrests were made.

Delphi's city building was surrounded with police cars Friday morning as dozens of officers from different agencies came together to work on what has become a murder task force. Homeland Security installed a mobile satellite communications system to help them in their work.

Investigators say they've gotten hundreds of tips and they're following up on all of them.

"We are getting subjects we are looking at to talk to. Those people are not the person of interest we are looking for, that person in the picture," explained Sgt. Kim Riley with Indiana State Police. "That is helping eliminate people and that's part of the investigations - to narrow it down to one or two people we are looking at right now. We haven't gotten that far yet."

Detectives are working hard to find that man seen in a photo on the trail where the girls were last known to be. That's because he is the only person left who is known to have been in the area who they have not yet spoken to.