Three long years have passed with no arrest in the high-profile case. 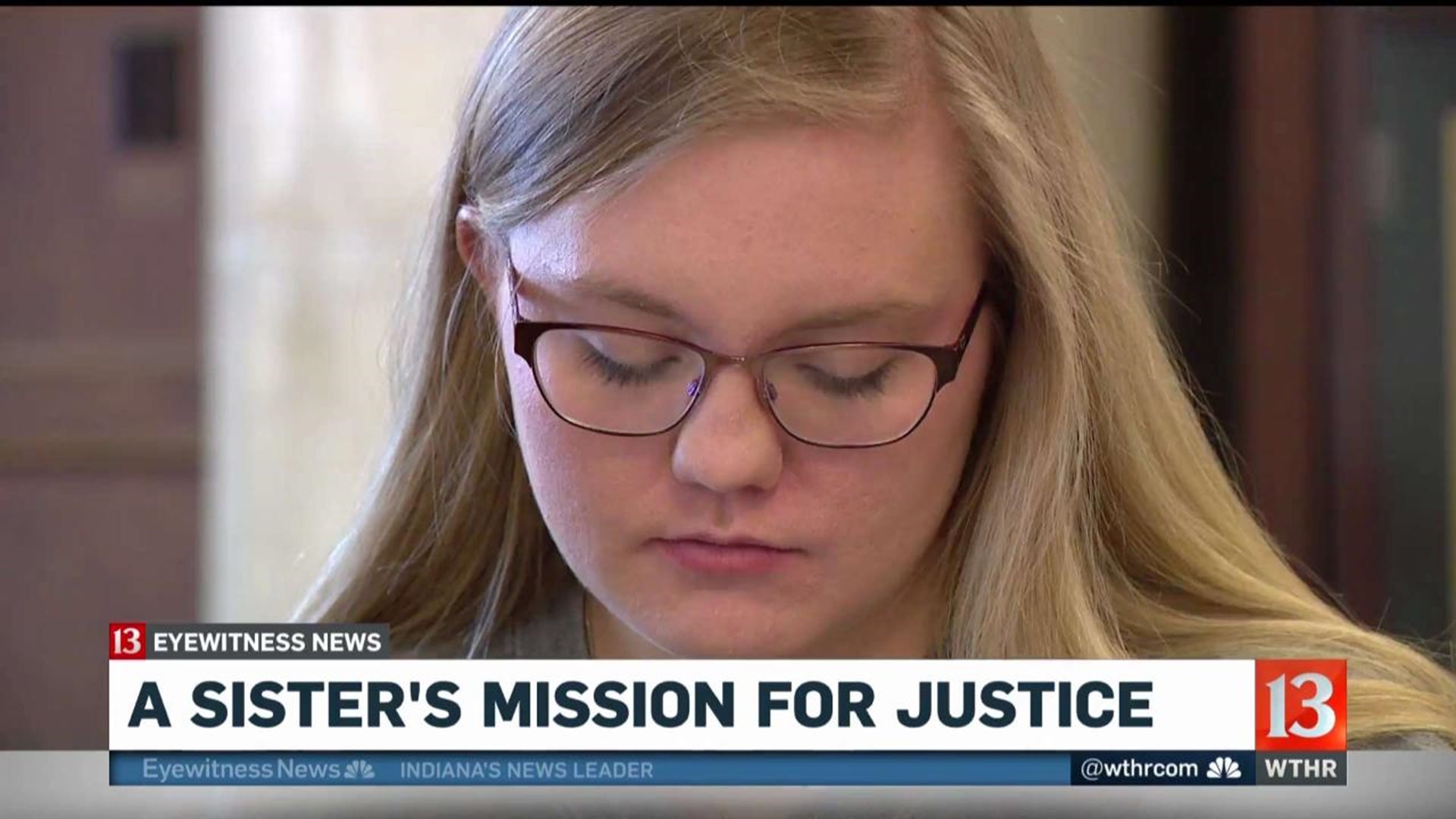 DELPHI, Ind. (WTHR) - Three years have passed since the murders of Libby German and Abby Williams in Delphi.

And three long years have passed with no arrest in the high-profile case.

The murders were life-changing for the Carroll County community and Abby and Libby's families, including Libby's sister.

Kelsi German, 20, is hard at work on the campus of Purdue University, just a 30 minute drive from the small town of Delphi

"I spend more time doing homework than I do making friends," she said.

That's because this young college student is driven beyond the typical goals of most her age. Kelsi's work has as become her life's mission.

"I'm choosing a different path than what other people are right now," said Kelsi.

It's a path she hopes will eventually lead to the person who killed her sister Libby and friend Abby as they walked on a wooded trail in Delphi.

Kelsi had dropped them off that day and was the last person to see the girls alive.

"It's definitely something that I felt guilty about for a long time," she said. "You have a lot of regret in that and that's also part of the reason why I keep pushing so hard. When you know that you're the last person to see them and maybe if you were five minutes earlier, you wouldn't have dropped them off at that very time and maybe they would still be here. That's something I live with every day."

The pain hasn't stopped Kelsi from moving forward the only way she knows how. She's studying psychology and forensics at Purdue.

"I have a mission now, and that mission is to get that case solved, so no matter what I have to do or how far I have to step outside of my comfort zone, I'm willing to do it if it means we get this case solved," said Kelsi.

At school, she enjoys relative anonymity. Most don't even know they're sitting in class next to the sister of one of the victims of a murder case that gained international attention.

"It's not something you want to be known for," she said

Online, Kelsi has developed a support network among true crime enthusiasts. Many of them are, like her, family members of victims.

"My hope is to help other people who are going through what I'm going through and to make their lives a little easier, to help them grieve, maybe solve cases in the future," Kelsi said.

Libby is never far from her mind.

"I think of Libby's laugh every morning and I imagine all of the really great things that she would be doing right now," said Kelsi

Then Kelsi's mind turns to finding the person responsible for Libby and Abby no longer being here.

"I get out of bed every day and I stand up and I look at the picture I have of her in my room and I just remember that today's the day and we're going to get there," she said.

When? Kelsi can't be sure, but she's not giving up hoping, praying or studying, certain that one day, all her work here will lead to justice for Abby and Libby.

"I have to keep fighting," Kelsi said.