6,000 billboards in 46 states plead for information in Delphi girls' murders

The call for help in the investigation into a Delphi double murder has reached Indianapolis streets. 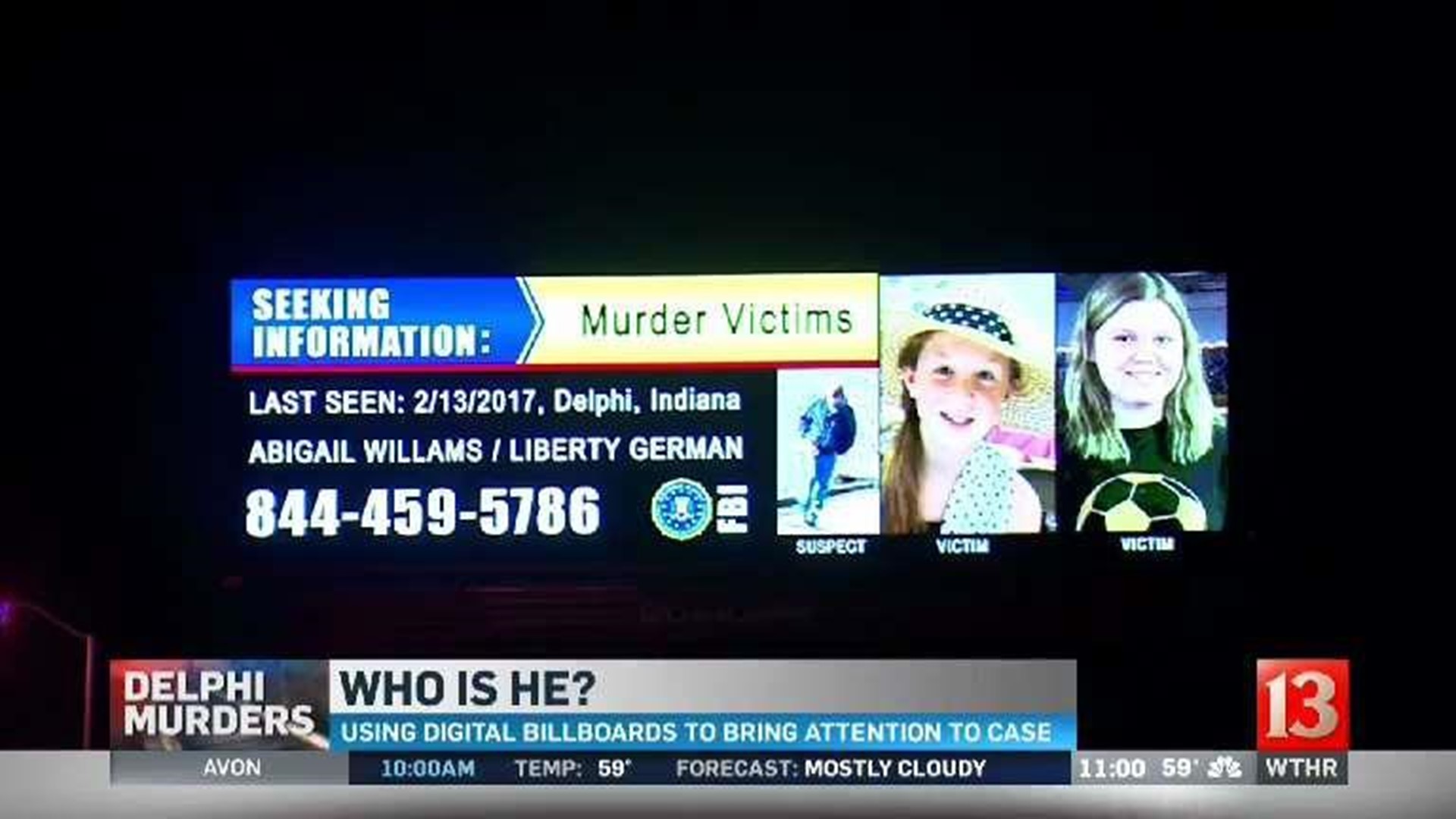 INDIANAPOLIS (WTHR) - The call for help in the investigation into a Delphi double murder has reached Indianapolis streets.

The electronic billboard on E. Fall Creek Parkway North Drive, near the Indiana State Fairgrounds, now shows the pictures of Libby German and Abby Williams, along with the man police say is a suspect in their murders.

The billboard, which includes an FBI logo, also has the phone number for the tip line police have set up to gather information about the case. If you have information, call police at 844-459-5786.

Investigators can not confirm if the suspect is local or outside central Indiana, so the FBI is using around 6,000 electronic billboards across 46 states asking for information on this case.

The girls disappeared February 13 after they were dropped off on the Monon High Bridge Trail in Delphi. Their bodies were found a day later.

Police originally released the photo of a man they said was on the trail at the same time as the girls and may have information. He was later identified as a suspect in the murders.