Customer shot during an attempted bank robbery in Muncie

Muncie police are investigating after a customer was shot during an attempted bank robbery Wednesday afternoon. 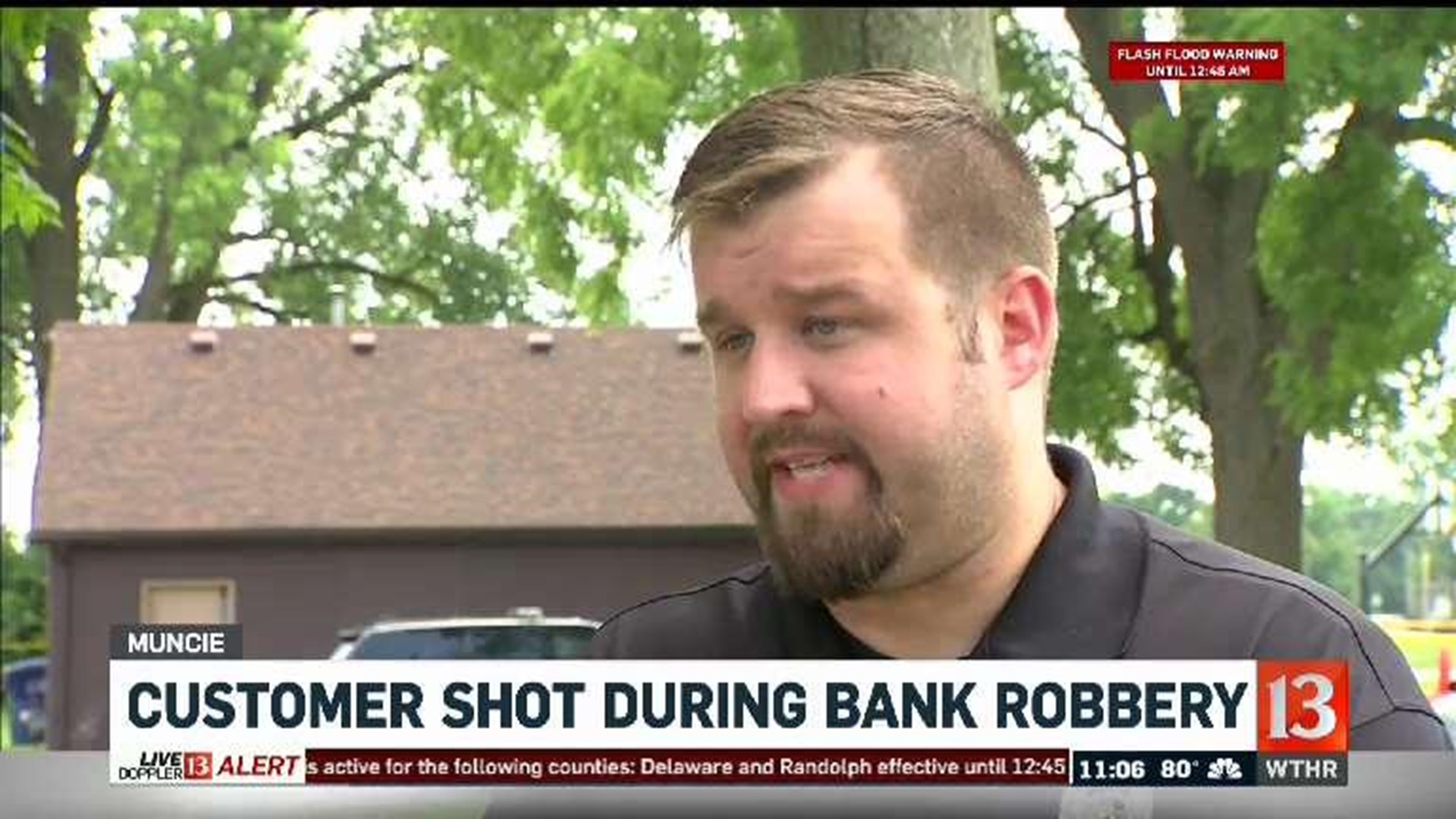 MUNCIE, Ind. (WTHR) – Muncie police officers hope you recognize the robber caught on camera inside a bank who ended up shooting a customer.

It happened at the Prime Trust Federal Credit Union at South Madison Street and 26th.

Wednesday afternoon, customers showing up at Prime Trust found the credit union closed for the day. Officers responded to the hold up alarm already knowing there was also gunfire.

Officer Chase Winkle is the spokesperson for Muncie Police responsible for updating the public and media about investigation.

“We had a male enter the bank, display a firearm, a customer intervened, a single shot was fired inside the bank and the customer was struck,” said Officer Chase Winkle.

The customer who tried to stop the robber got into a struggle.

In the end, the customer suffered a graze wound to the leg inside the bank. He declined a trip to the emergency room.

Officers let him leave the scene as soon as possible to go home and tend to his non-life threatening injury.

Photos from surveillance video of the suspect shows him pointing the firearm at the customer. You can also see him standing at one of the teller windows and in the lobby of the credit union.

Muncie police apprehended a man they immediately called a person of interest who hid in woods near Macedonia and 18th Street.

It turns out after questioning and a little homework, police learned the man took off running from the area because of outstanding warrants.

Muncie Police warn that you should always think twice before you act in an already dangerous situation.

“This is a perfect example of how dangerous that situation could be and involving yourself with someone who has a firearm who obviously was not afraid to fire a shot off,” said Officer Chase Winkle, “We are always going to caution people not to put themselves in harms way.”

Even with that advice from Officer Winkle, he wants anyone caught in a robbery to first be a good witness when at all possible.

Special Agents from the FBI are working with Muncie Police to try to identify and apprehend the bank robber. Anyone with information can contact the Muncie Police Department.