Neighbors think the robbers may have come from the train tracks to approach the house on the end of the court. 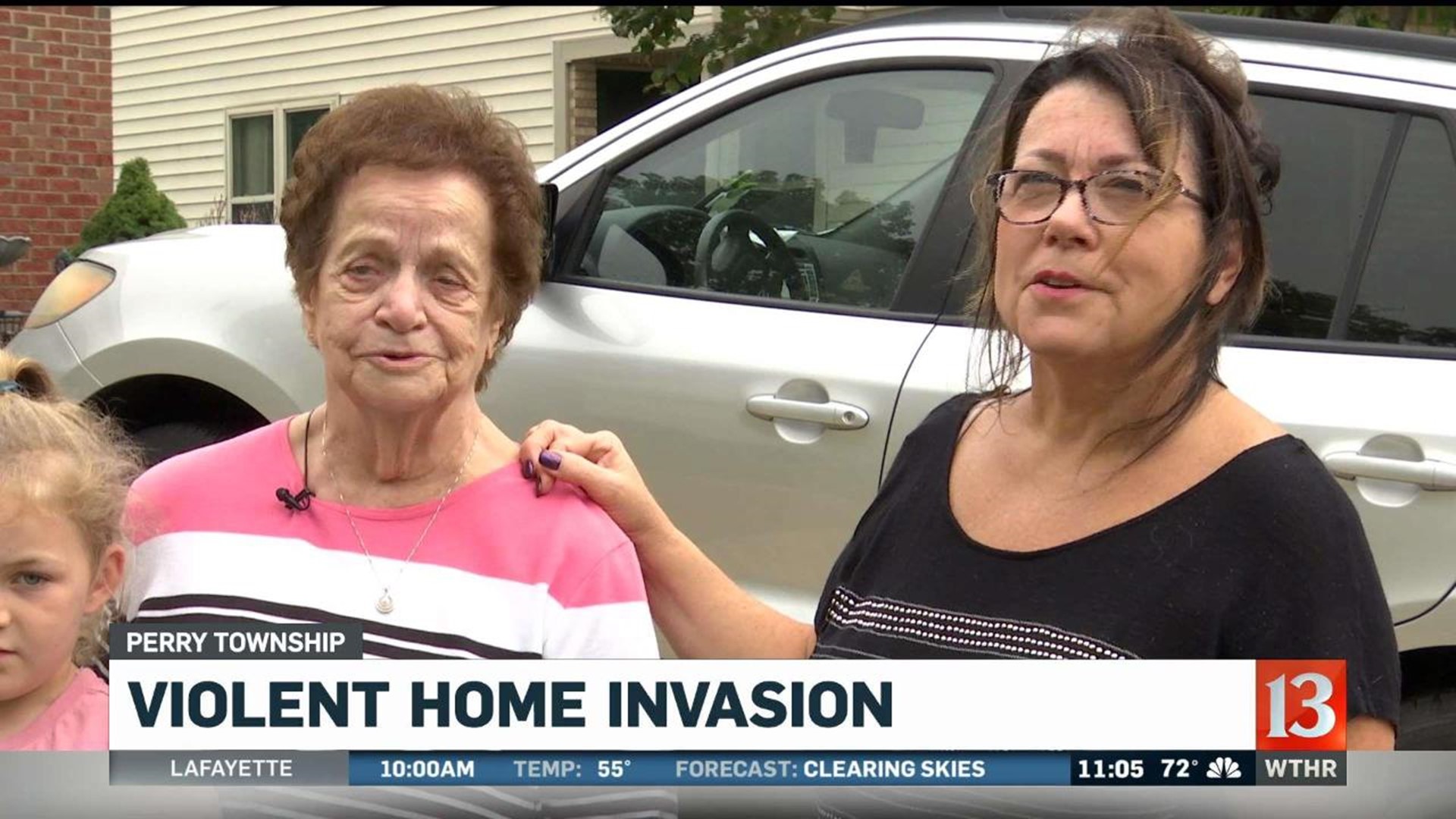 INDIANAPOLIS (WTHR) - Police are looking for two men who allegedly forced their way into a Perry Township home Tuesday morning, then roughed up and robbed a couple in their 70s.

"I saw two men walk to their door, watched until the door was answered and then I left,” said Jean Eskridge, who lives across the street and happened to look out a bedroom window. “I thought, 'Well, they know them.’”

Eskridge did not get a good look at the two men and only saw them from the back. They allegedly roughed up and tied up Jack and Julie Agard before robbing them and stealing their silver 2002 Jeep with an Indiana license plate RGP454. The Jeep may have had a flat tire.

89-year-old Margie Blackwell lives next door in the duplex. But she didn't hear any commotion through their connected wall. The couple may have been tied up for about an hour before they could free themselves, call 911 and police arrived.

Julie was taken to the hospital to be checked out, although Blackwell said Julie was able to walk to the ambulance.

"Her face and she had blood all over her,” said Blackwell. “Jack drove to the hospital.”

“He was pretty upset," said Blackwell’s daughter, Debbie Parton, who came to check on her shaken mother. Parton is also Julie’s hair stylist.

"It scares me and angers me both,” said Blackwell.

“It really upsets me when you think you're safe,” said Blackwell.

Parton says the Agards check on her mother and Blackwell says she eats out with the couple occasionally.

A train roared by through the tree line just 25 yards or so from the Agard’s house. Neighbors think the robbers may have come from the train tracks to approach the house on the end of the court.

"Nothing shocks me anymore,” said Eskridge. “It's been a quiet neighborhood and will probably be that way again. It may cause people to be more aware, I hope."

Nanwich Court is very quiet except for when the train rumbles by. The seniors who live on this street hope the peace returns quickly.