The murder Friday night in the quiet Spruce Ridge apartment complex took the life of a mother of three and prominent small business owner.​ 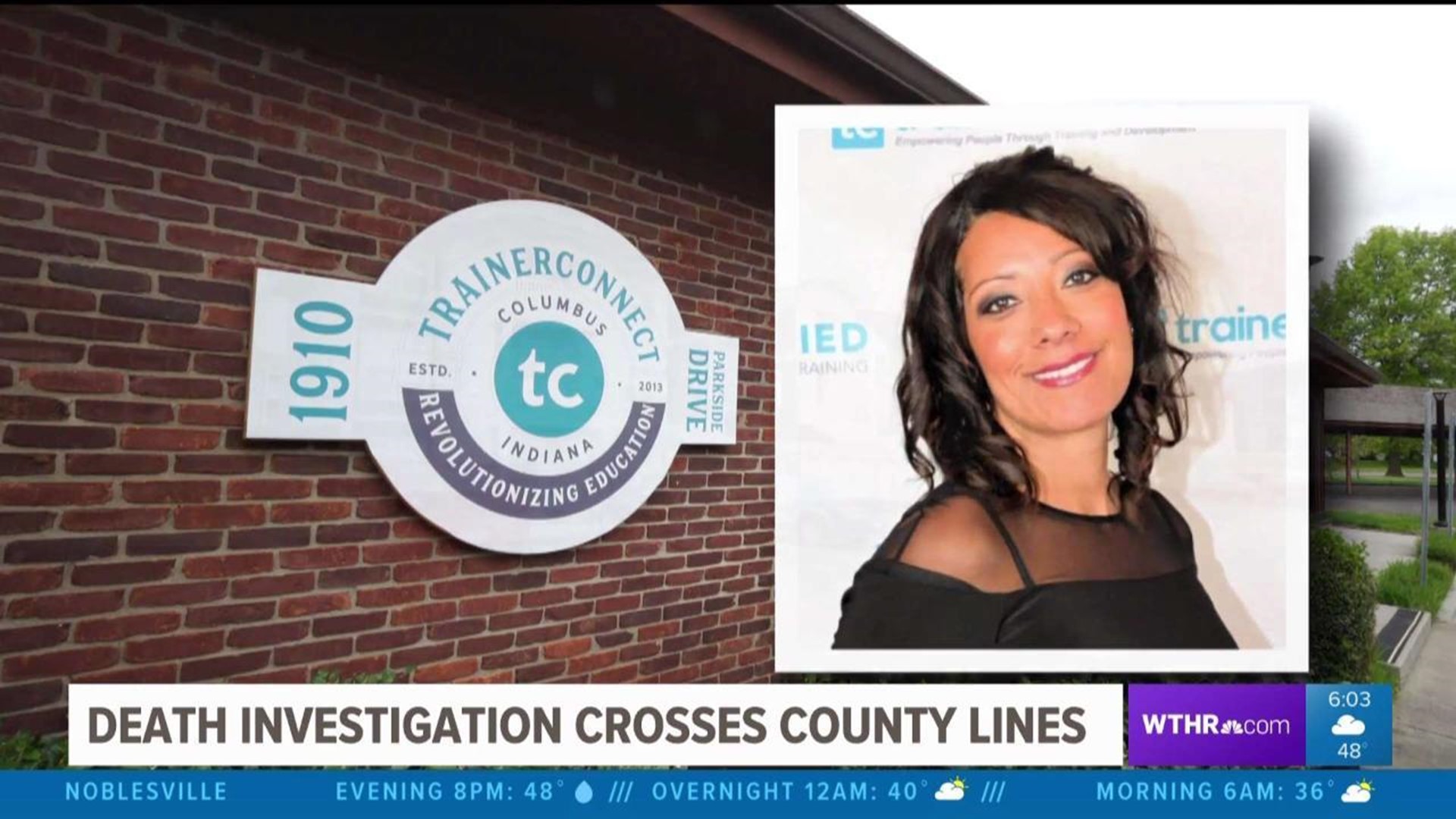 One day after the murder of a well-known business owner in Columbus, police found the body of her ex-husband in Indianapolis.

The murder Friday night in the quiet Spruce Ridge apartment complex took the life of a mother of three and prominent small business owner.​

"I mean just 'bang, bang' really close together and clearly gunshot, didn't even enter our mind that it was something else," said Scott Bourland, who lives a few units down from the crime scene.

It's also stunned the Columbus community and Wilson's colleagues statewide.

"You don't expect violent crime to touch people who are so filled with light," said Lesley Crane, who served with Wilson as a member of the Governor's Commission on Minority and Women's Business Enterprises.

Wilson was the CEO of Trainer Connect in Columbus. She also served on several boards as an advocate for small businesses and diversity in business, including her role as a commissioner on the MWBE.

Police say the 45-year-old had been visiting someone at an apartment when she was killed.

"My wife and I clearly heard two gunshots," Bourland said.

As detectives gathered evidence that night and looked for suspects, they also started looking for Cassondra's ex-husband, Troy Wilson.

She had a protective order against him and police considered him a person of interest.

One day later and 57 miles away, Indianapolis Metro Police found Troy Wilson's body outside a building on Dandy Trail on Indy's west side.

A police report says he hung himself.

"There are still pieces of this case we're working to put together and we're confident we'll have answers to questions that are out there, but it's going to take some time," said Lt. Matt Harris, Columbus Police.

One of the Wilsons' children, Cam, is a wide receiver at Indiana University.

He lost both his parents in this crime, all on Mother's Day weekend.

"Our thoughts and prayers are with Cam and his family. We've been in contact and communication with Cam once we learned of this tragedy. He is a tremendous young man, and we will continue to assist and support him in any and all ways."

"We recently moved from Bloomington and we've seen him on the football pictures and things of that nature and yeah we really thought to lose both your parents in such a tragic fashion how terrible that might be and we've been praying," Bourland said.

Meanwhile, family and friends are reeling from such a sudden and violent loss.

"We just saw her on a conference call last week so it's especially jarring that this just happened," Crane said, "and she just did everything with such a spirit and a sparkle about her that just made her such a delight to work with. She's just such a delightful, kind, warm person."

Columbus Police are still investigating the murder and ask anyone with information that could help, to call them at (812) 376-2600.

A GoFundMe page setup by Cassondra's son as a memorial fund can be found here.