Doctors are treating a 4-year-old girl who was shot while she was in an SUV on Indy's near east side Wednesday. 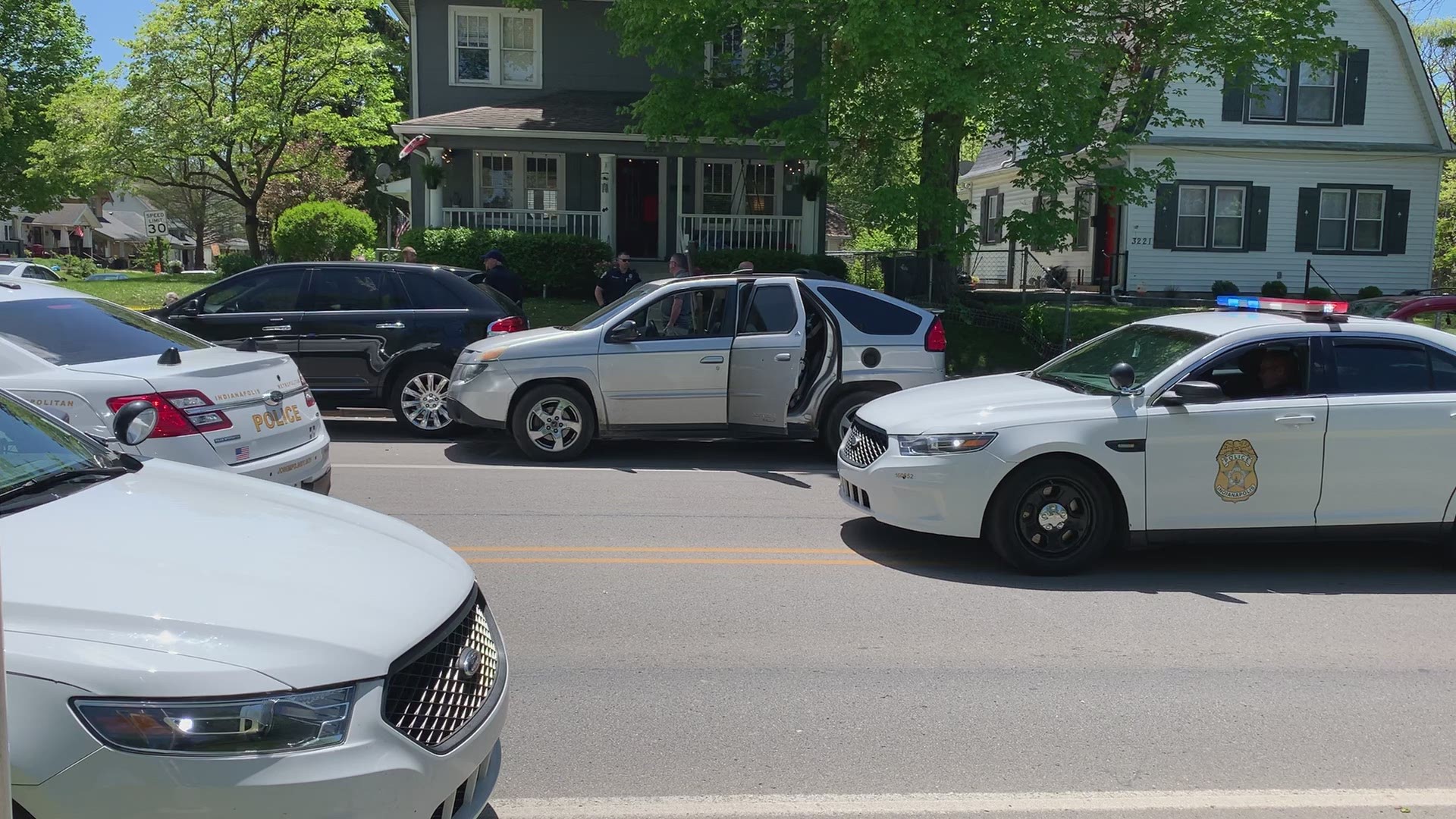 INDIANAPOLIS — IMPD is investigating after a 4-year-old girl was shot on the near east side of Indianapolis.

Metro police officers went to the intersection of Brookside Parkway South Drive and North Dearborn Street for a report of a person shot shortly after noon Wednesday.

According to IMPD, a suspect in a silver SUV shot at a gray SUV and one of the bullets hit a 4-year-old girl who was inside the gray SUV at the time.

When they arrived, officers found the child that had been shot. The girl is conscious and alert. She is expected to be OK.

Officers began an investigation and found several shell casings in the area.

Credit: WTHR
Doctors are treating a young child hit by a bullet while inside this gray SUV near Dearborn and Brookside Drive on Indy’s east side. Officers found several shell casings in the street. The child is expected to be okay.

Officers are now looking for the silver SUV that the suspect is believed to be driving.

If you have information about the shooting or the suspect's vehicle, call IMPD or Crime Stoppers at 317-262-TIPS.