Child reunites with EMS workers who saved her life after shooting 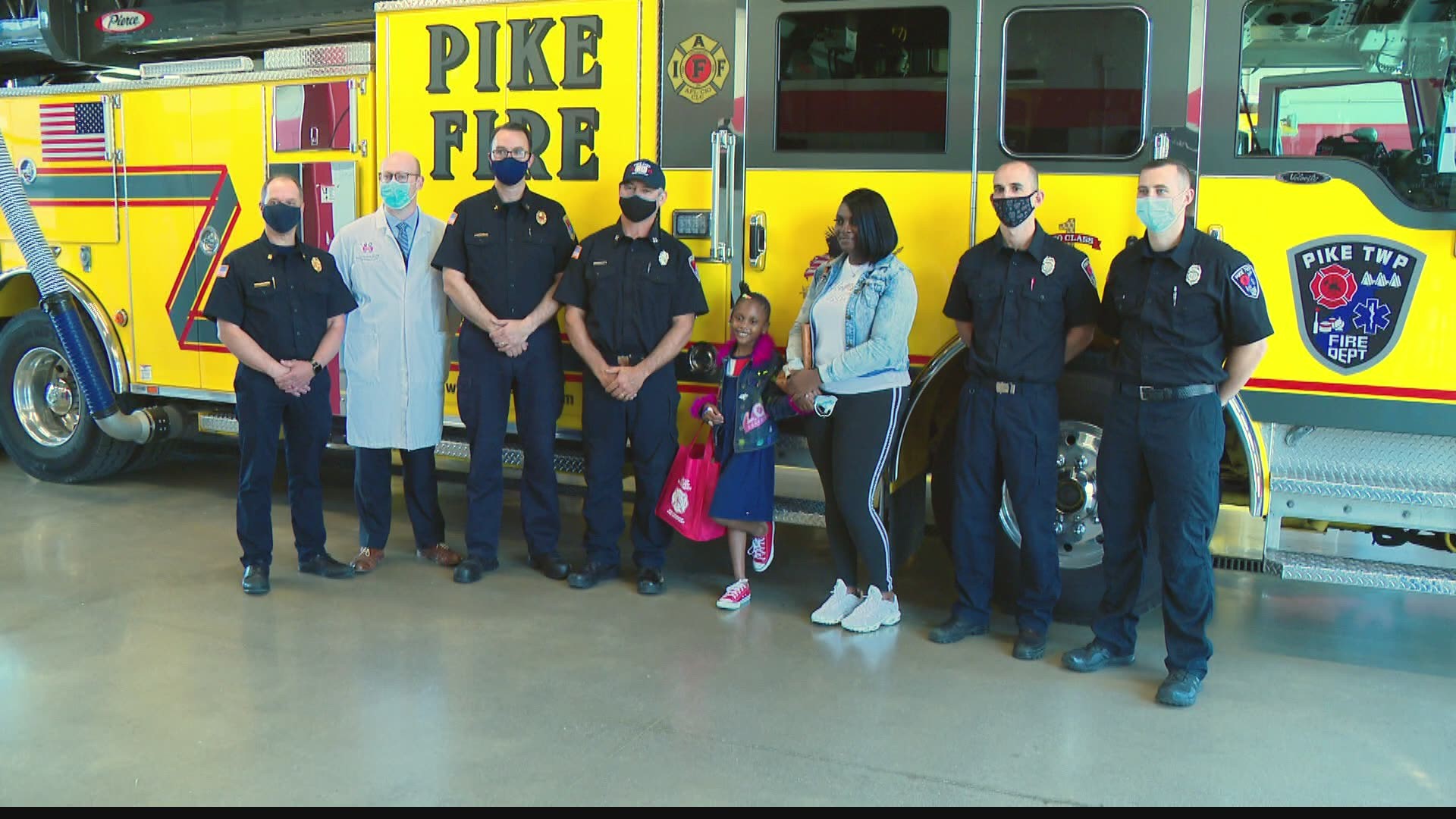 INDIANAPOLIS — As Bri’Alle McNeil walked up to the paramedic, she clasped his leg tightly the way a child clings to their parent. It’s rare that a child would hold onto a stranger like that.

But that child probably wouldn’t call the people that saved her life strangers.

“It was a scary situation in the moment, of seeing your child hurting and fighting for her life,” said Angel McNeil, Bri’Alle’s mother.

Bri’Alle was 6 years old when bullets came flying through her bedroom as she slept last November. She doesn’t remember much about that night.

“The only thing I heard them say is ‘stay awake,’” Bri’Alle said.

RELATED: Mother's plea for justice after 6-year-old daughter is shot

But moms remember everything. Angel remembers trying to convince her daughter to sleep with her that night, but Bri’Alle wanted to be a big girl and sleep in her own bed. Angel heard gunshots after the kids were asleep.

“Normally, I wouldn’t have gotten out of bed, but something was telling me to check on the babies,” Angel said.

“I went in and checked on them and saw smoke debris in the room," Angel said. She checked her son and he wasn't hurt. But then, she looked at her daughter.

“There was blood in her bed, and I saw a hole in her arm and I called 911 and ran out to the neighbors,” Angel said.

She said the neighbors helped her that night.

“I didn’t notice she had been shot multiple times. I only noticed that one wound and just kept telling her how beautiful and strong she was and to keep fighting,” Angel said. "It was just a frightening experience, especially if you’ve never experienced anything like that. Just a life-changing event."

“We go out on quite a few shootings. The thing that takes you off balance is when you get there and it’s a child,” said Captain Aaron Bell. “When we pulled up, IMPD brought her out of the house, and it was a load-and-go situation. And we put her in the medic truck and transported her.”

“I took her immediately to the operating room for management of her injuries,” said Dr. Matt Landlan, trauma medical director at Riley Hospital for Children.

“The progress she’s made from where our EMS crews found her to today is miraculous,” he said.

Her mom said Bri’Alle is still healing, both her visible wound and the invisible ones.

“She still has moments when she’s afraid,” Angel said. “Her wounds tell stories and that's what she tells everyone."

Bri’Alle's story is most certainly one of a warrior.